Home Movies and the Coronavirus

Movies and the Coronavirus

Movies and the Coronavirus

A few days ago, actress Gwyneth Paltrow appeared on social networks wearing a mask and this recommendation: “I’ve already been in this movie. Stay safe. Don’t wave. Wash your hands often.”

The film Paltrow was referring to is Contagion (Steven Soderberg, 2011), the most-watched on the Internet in recent weeks because of its similarity to that global scourge that keeps humanity against the wall, Covid-19.

Contagioun has a first-rate international cast: Jude Law, Marion Cotillard, Kate Winslet and Matt Damon, in addition to Paltrow, and is the film, within the genre of catastrophe, that most resembles what we’re experiencing, something like if since fiction its scriptwriter, Scott Z. Burns, had been sending out a warning message. 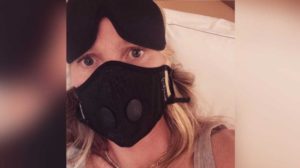 In Contagion, Soderberg once again demonstrates his ability to combine experimental films with documentary elements and commercial touches, a formula that, through the use of breathless editing, opens the doors to vast audiences, while at the same time immersing the viewer in an atmosphere of tribulation.

The film talks about a virus that is supposedly transmitted from Hong Kong. Gwyneth Paltrow’s character, infected by a chef who shakes her hand after preparing a strange dish, later visits a casino where she blows the dice on a man who will die two days later. There he will contaminate everyone who approaches him, people who in a few hours will take planes to different parts of the world. On her way back to her native Minnesota, she falls ill and dies.

The epidemic takes on a global dimension and scientists begin to work on a vaccine, while the most diverse reactions take place in a film that gives great importance to the secondary characters: a blogger who denounces an international conspiracy that links the government with the pharmaceutical industry, cases of extreme selfishness, countries with no economic possibilities that are not involved in international cooperation, the manipulative role of the media and the lukewarmness, at the level of the nation and from the first moments, with which it faces what is happening. 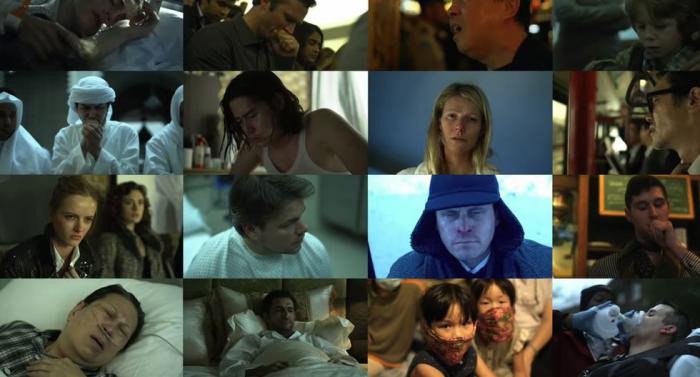 Soderberg once again demonstrates in Contagio the ability to combine his experimental cinema with documentary elements and commercial touches Photo: sensacine.com

It is true that there are other films that deal with the subject, but none with the realism of Contagioun, hence the worldwide resurrection that makes many people look for it, and especially those people who remain in quarantine in their respective countries, perhaps because after long anguished suspense of anguish, the conflict opens the way to hope.

It is logical that in this “re-envisioning” the scriptwriter of Contagion, Scott Z. Burns, a faithful collaborator of Soderberg, returns to the foreground – with greater force than nine years ago. Interviewed by the website Slate, he had no qualms about condemning the cold actions of some governments in the face of the pandemic, starting with President Trump, who in the first moments relied more on his elusive messages via Twitter than on concrete actions.

According to Burns, while writing the script for the film, he went to meet with leading scientists who told him that the issue was not whether what he said could happen, but “when” it would happen. “When scientists say something, it’s better to listen,” the screenwriter said, and he had words of praise for the professionals at the U.S. Centers for Disease Control who advised him on his script. But he complained, “We’re finding out that we don’t have enough kits to test and for some reason, we’ve dissolved our pandemic response teams.

Speaking of the many people who tell him that the film was becoming a reality, Burns responds that he said, “I never imagined that there were leaders in this country who would leave us defenseless.

From a long interview appeared on the Slate website and an extensive lunge by Scott Z. Burns: “The administration and the Republican Party talk about protecting people with a wall [on the border with Mexico], but we don’t even have test kits. And he blames the lack of measures against hoarding, demonic price hikes, and other reprehensible aspects. “Where is the law when there are people on the Internet selling miracle cures?” he wonders. Those who saw the film remember the tricks of a grotesque con man in it, one more similarity of the many that come to show that, between fiction and reality, only the passage of life is in between.

2 years ago Granmamovies, virus0
Disinfecting Buses in HavanaThere Will Not be Another Saint Louis