Monica Lewinsky tells her version of the scandal with Clinton

February 26, 2018
Translated and edited by Walter Lippmann for CubaNews. 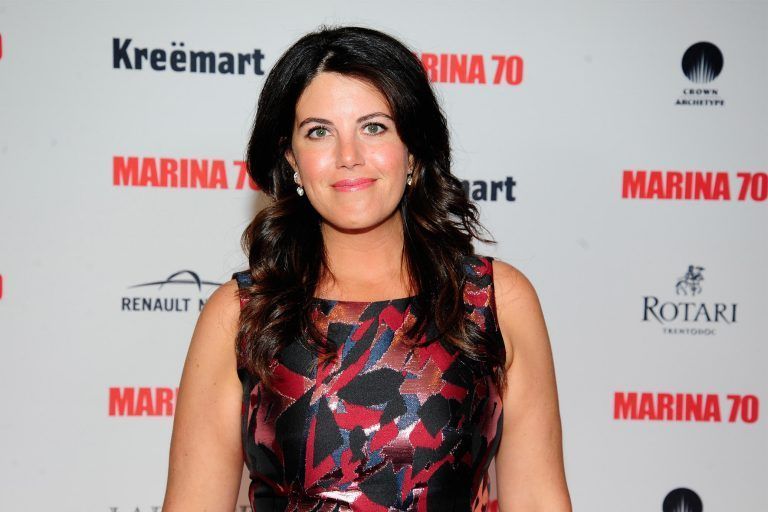 Twenty years ago, Bill Clinton was shaky: the then-president had to go through in impeachment process based solely on his extra-marital relationship with Monica Lewinsky, a 27-year-old scholarship recipient. Clinton survived the trial, led by special prosecutor Kenneth Starr. Lewinsky almost didn’t make it. In 1998, she was used as a weapon by the prosecutor and the media. At the age of 24, an unpaid scholarship holder saw every facet of her life dissected or reinvented. How, Lewinsky recalls in Vanity Fair,”in the Washington Post alone 125 articles appeared on the subject, only in the first 10 days.”

Two decades later, after a fortuitous encounter with Starr, Lewinsky has decided to contribute her vision. She has done so, in the first person, for Vanity Fair, by recalling those days in 1998, when the Internet first became the seed of fake news, a viral propagator and source of harassment. In a steamroller that crushed the line “between facts and opinions, news and gossip, private lives and public moral judgments. The Internet was already such a driving force behind the information flow that, when the House Judiciary Committee decided to publish Ken Starr’s findings online -two days after I had received them- it meant to me that every adult with a modem could read my private conversations, my personal thoughts (taken from my computer) and, worse, my sex life.”

Lewinsky talks about the infamous Starr Report, achieved among other things when “a group of FBI agents – Starr was not present – cornered a 24-year-old girl in a Pentagon room and told her she faced 27 years in prison if she didn’t cooperate. That “they threatened to impute my mother (if I didn’t tell them about the private confidences I had given her), that they let it slip that they would investigate my father’s medical career, and even interrogated my aunt, with whom I was having dinner [the night the FBI went after Lewinsky],”.

The media, fed by “anonymous sources and online rumors that arose daily, all false or irrelevant”, dragged through public opinion the figure of a young woman who, at the age of 22, entered into a “consensual” relationship with a 49-year-old married man. Or all the spoilage that can be the relationship with someone who “was my boss. He was the most powerful man on the planet. He was 27 years older than me, with enough life experience to know that it wasn’t right. That he was at the top of his career while I was in my first position after college. Lewinsky says that even if the relationship was consensual, it is now that she begins to realize the “incredible abuse of authority and power” that Clinton exercised.

But there was something worse, something that has changed for the better. During the whole Lewinsky case, those rumors appeared in the media, either Starr’s point of view, or Clinton’s, or that of hundreds of talk shows, but not Lewinsky’s, who “was not allowed to speak legally. She had no support, no way to tell her story or defend herself “as any woman today can do by sharing her story by tagging it with #MeToo and immediately welcoming her into the tribe. (…) Support networks on the Internet were something that did not exist at the time. Power, in that case, was still in the hands of the president, Congress, prosecutors and the press.

Lewinsky was alone. “Publicly alone. Abandoned. Without support, much less the main figure [Clinton]”. She has even been recognized as “one of the founders of the #MeToo movement”. And that marks the change of an era: Lewinsky was by no means a victim of sexual abuse (something that Lewinsky herself has defended from the beginning). But she did suffer multiple abuses of power, both before and during and after her relationship with Clinton. Responsibility. Of a game between two men, Starr and Clinton, with their media choirs. Subjected to an infinite “gas lighting” by all those who had placed a 24-year-old girl at the center of a public narrative. Lewinsky had no public voice. Lewinsky was what others said she was,”until I couldn’t question my narrative internally or internally.

And that’s what has changed today: “We owe a huge debt of gratitude to the heroines of #MeToo and Time’s Up. Because their movements speak volumes about the pernicious conspiracies of silence that for so long have protected powerful men when it comes to abuse of power, harassment and sexual abuse. Lewinsky concludes by recalling a Mexican proverb she’s been told quite a few times during these months:”They tried to bury us, but they didn’t know we were seeds. And for Lewinsky, Time’s Up and #MeToo is proof that spring has arrived.

4 years ago CubaDebateUS politics, US Society, Women31
Israel's Image in the USThe Arms Race is At its Peak