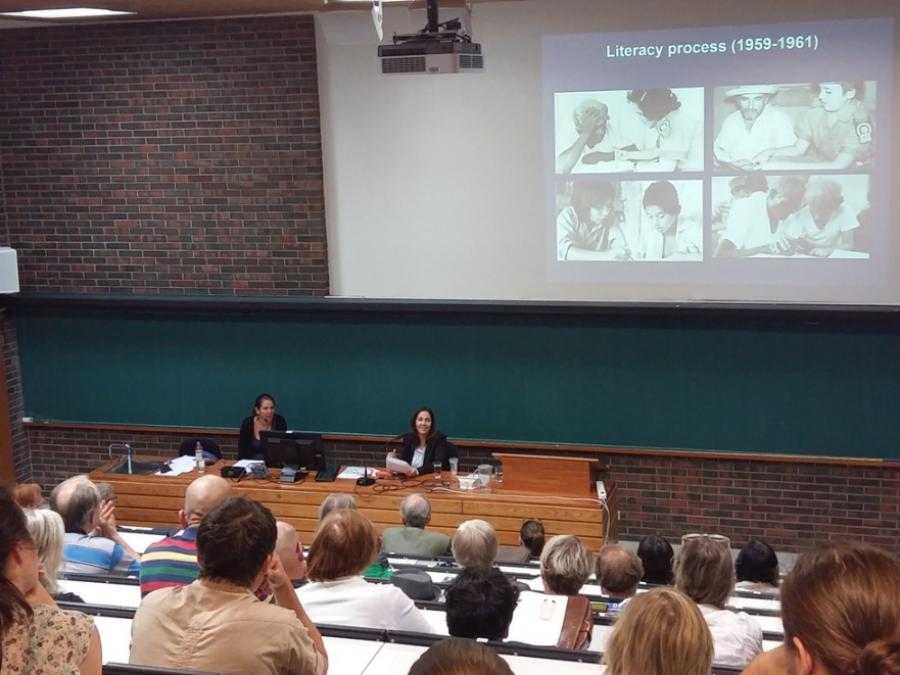 Cuban Congresswoman Mariela Castro Espín, director of the National Center for Sex Education (CENESEX) of Cuba, gave a keynote speech on Monday at the School of Social Sciences of the University of Helsinki, which was attended by about a hundred people.

Among those present were Tarja Halonen, former president of Finland, Eduardo Lazo Pérez, Cuban ambassador, authorities of the Deanery of the aforementioned faculty, as well as professors, students, Cubans living in the Nordic country, members of the Finland-Cuba Friendship Association, journalists and businessmen.

Castro Espín (C), with Cubans living in the Nordic country.

After the remarks by the Director of CENESEX, the former Finnish President, current President of the Board of Directors of the University of Helsinki, took the floor. She praised the Cuban experience in the treatment of the aforementioned issues, explained their historical evolution in Finland and the current role of the United Nations in this matter and thanked the Cuban representative for the conference given. 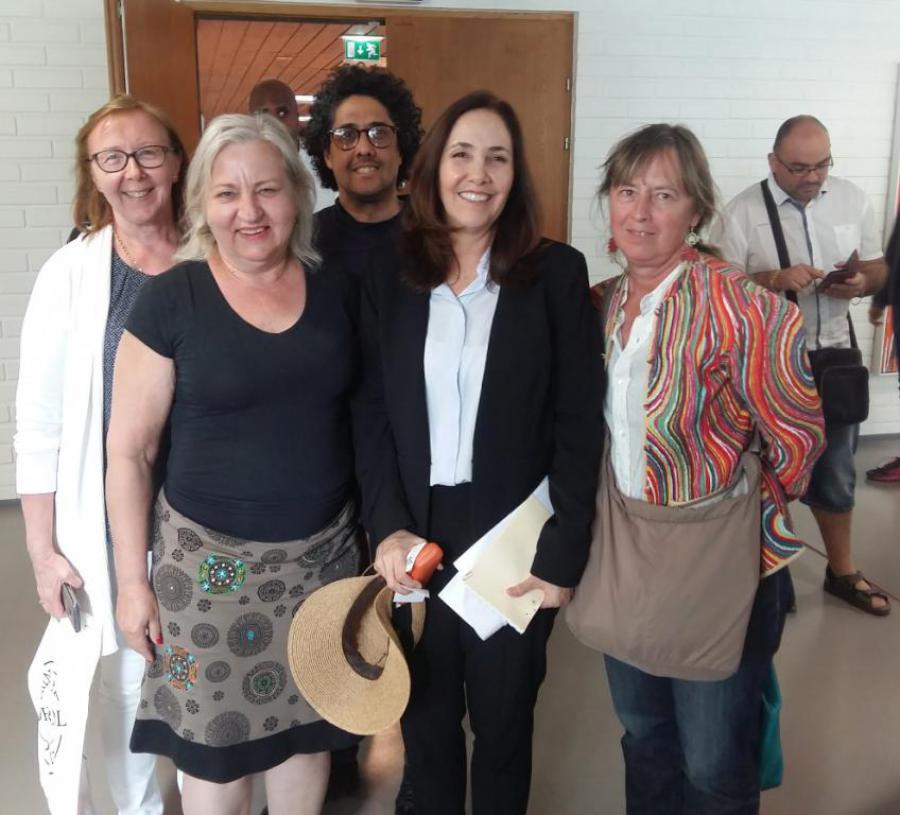 With members of the friendship with Cuba group.

Those attending the meeting had the opportunity to ask questions and exchange ideas with the Cuban parliamentarian, who received her Doctor Honoris Causa degree in Psychology from the Åbo Akademi University in Turku on May 25

(With information from the Cuban Embassy in Finland).

4 years ago TranslationsHelsinki, Mariela Castro Espín25
Support for Gun Control on the RiseCrossings