May 16, 2022
Translated and edited by Walter Lippmann for CubaNews. 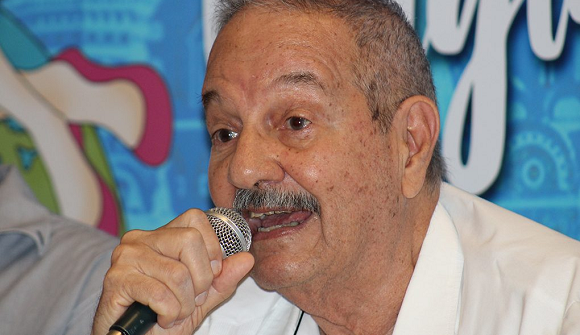 Prominent journalist and diplomat Manuel Yepe Menéndez passed away this Monday in Havana, after several days of fighting for his life.

Yepe, a renowned columnist for many Cuban and foreign media outlets, was born in 1936 and since 1954 he was an insurrectionary fighter in Havana as a member of the Youth Brigades of the 26th of July Movement (M-26-7) at the University of Havana.

He worked in the reproduction and distribution of the defense plea of Fidel Castro as the main accused for the assaults to the Moncada Barracks in Santiago de Cuba and Carlos Manuel de Céspedes in Bayamo. Between April and July 1958 he edited the clandestine magazine of the M-26-7 called ACCIÓN, which was published weekly in Havana and identified itself as the Organ of the Cuban Youth. When the Revolution triumphed, he was vice provincial coordinator and responsible for the propaganda of the M-26-7 in the province of Matanzas.

He defined himself as “a Cuban revolutionary in the ranks” and “one of the many Fidelistas who participated in the Revolution in the second line and gave his life to that beautiful political project”.

Yepe was a member of the Union of Cuban Journalists. The condolences of the national presidency of UPEC go out to his family and friends.