Home Making Millions Out of the Worst Addiction Crisis

Making Millions Out of the Worst Addiction Crisis

THE MARIJUANA INDUSTRY
Making millions out of the worst addiction crisis

The “medical marijuana” fever that has been legalized in 23 U.S. states and the “prosperity” of the industry coincide with what the Surgeon General’s office described as an addiction “crisis” in the United States at the end of 2016. 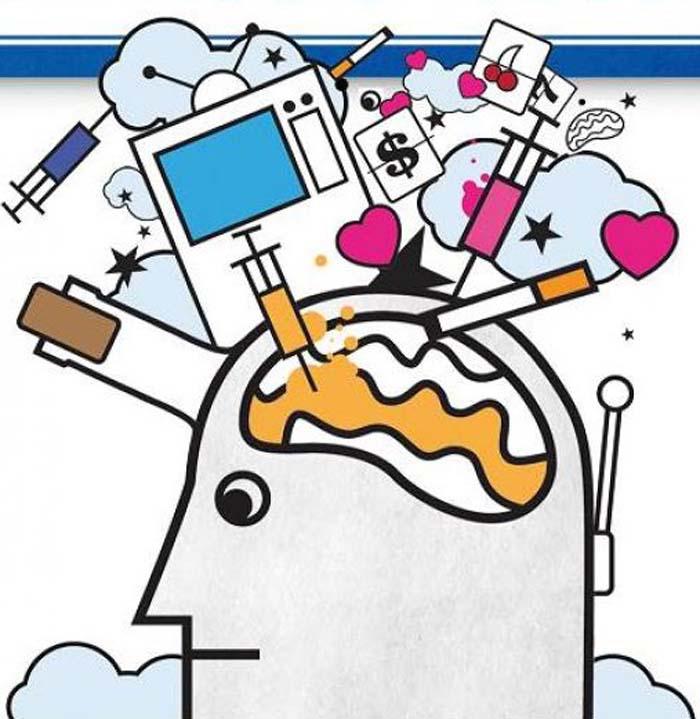 A study by the Institute for High Security and Justice Studies and the French Observatory of Drugs and Drug Addiction (OFDT), which analyzed the impact of the legalization of marijuana in North American states, was published in October 2017. It indicated that, in the USA, this measure contributed to an increase in the consumption of this drug, especially among users over 25 years of age, and led to “a significant increase in hospitalization cases linked to alleged cannabis intoxications”.

The Miami Herald recently revealed that a year and a half after an amendment to the Florida constitution legalized so-called medical marijuana, “the industry is finally showing signs of prosperity. The newspaper reported that some 91,000 Floridians are buying 56 pounds of marijuana weekly with prescriptions from 1,400 licensed doctors.

According to the information, when the medical use of marijuana was legalized in that state in 2016, drug dealers predicted that half a million users would register quickly, and the facts are proving them right, as more and more clinics are opening and customers are arriving by the thousands. The specialized state department said that new users are registering at a rate of 5,400 per week and to “make the process viable” the time to complete the process has been reduced to two weeks.

In this regard, the UN International Narcotics Control Board (INCB) has warned that the increased availability of marijuana, coupled with policies and legislative initiatives to regulate the use of cannabis for medical purposes in some states and for non-medical purposes in others, “has reduced the perception of the risk associated with cannabis use”.

The INCB, the body responsible for ensuring compliance with the international drug treaties, has called for a halt to the advance of legal marijuana, and criticized governments that passed laws in this regard.

Since last year’s report, it warned of non-compliance with international covenants by states that allowed the legalization of marijuana use. “These laws are contrary to international treaties” (Single Convention on Narcotic Drugs of 1961 as amended by the 1972 Protocol), the agency said. It added that “rates of abuse [of drugs] may increase, especially among young people, because legalization measures may influence the way harm is perceived, in the sense that fewer people will consider cannabis to be harmful, highlighting the need for more effective prevention measures”.

THE WORST ADDICTION CRISIS IN HISTORY

The “medical marijuana” fever that has been legalized in 23 U.S. states (almost half the country) and the “prosperity” of that industry coincide with what a report by the Office of the Surgeon General of the Nation called a “crisis” of addictions in the United States at the end of 2016, characterized by a death from heroin overdose every 19 minutes, more than 27 million people addicted to illicit drugs and medicines, as well as 66 million alcoholics. According to available statistics, “more than half of all new illicit drug users started with marijuana.

The phenomenon prompted President Donald Trump in October 2017 to declare a “public health emergency” in the country over the use of opiates, a substance whose use caused the death of 64,000 people in 2016 and is the worst drug use crisis in “human history”. Over the past six years, overdose deaths have become the most common cause of death from injuries in the United States, over and above traffic accidents or weapons.

If this situation was reached in the United States – among other causes – by a very liberal system of dispensing medical prescriptions for legal opiates to treat chronic pain, where can medical and recreational marijuana fever lead?

The Surgeon General’s Report on Alcohol, Drugs and Health warned that if current trends continue, one in seven Americans will face a problem with addiction in their lifetime, and estimated that the combined annual economic impact of alcohol abuse and illegal drug addiction is $442 billion (the cost of diabetes is about $240 billion).

To complicate matters, many addicts do not go to medical services or treatment because of fear, embarrassment, or discrimination, while another percentage say their level of alcohol or drug use is a problem that requires medical attention. Only 10% of people with addiction problems receive some form of treatment, as some of the health coverage plans do not fully cover doctor visits or medications associated with addiction health services.

It states that more than 40% of people with an addiction suffer from a mental disorder, yet less than half receive treatment for both the addiction and the underlying condition.

On the social impact of the crisis, the document stated that “neighborhoods and communities are suffering as a result of the criminality and violence associated with alcohol and drug use, abuse, child neglect, and the rising costs associated with substance abuse.

“As the number of people with enrollment cards increases, so does our business,” said the manager of one of the four Miami-Dade County stores, which serves between 100 and 115 customers daily.

The Miami Herald points out that an even more evident indication of the industry’s flourishing is that fairs have been held to offer at least 100 new jobs for dispensaries, they are trying to increase the number of doctors with the course required to authorize patients and the Grow Healthy medical marijuana company was bought by a major New York firm for $47.5 million.

While the conditions are created to continue receiving millions at the expense of these patients, employers are investing undetermined amounts to try to influence lawmakers to sweep away what they see as “a key obstacle,” as the constitutional amendment states that “the only” ways in which medical use of marijuana in Florida is permitted is “in oils, tinctures, sprays and groceries.

The magnates of this business want to expand the universe of consumers and argue that to expand the industry and its profits it is essential to break the ban on smoking marijuana. “It’s just a barrier, but it’s fundamental,” they say, and so they seek to influence public opinion with all kinds of sentimentality, based on the fact that for most people in the United States, smoking is the most familiar form and that medical use was supported by 70% of voters in Florida in 2016.

Since the late 1940s, the World Health Organization (WHO) concluded that the use of cannabis (marijuana, hashish and hashish oil) was dangerous from all points of view: physical, mental or social. More recently, they were joined by so-called synthetic cannabinoids (synthetic or laboratory marijuana, even more harmful).

It is striking that the media serving the great beneficiaries of business talk more about the supposed therapeutic virtues of these substances than the doctors, scientists and health institutions of the United States or other parts of the world themselves. The Miami Herald newspaper’s own information reported that the doctors were apathetic about using medical cannabis or taking the necessary steps to indicate its use.

For this reason, information on the subject is frequently magnified and distorted, and the Internet is invaded with messages in favor of marijuana, the most widely produced, commercialized and consumed drug in the world.

The merchants of this business do not care about the health or future of their customers, they are interested in money and the present. Annually, the profits of the drug industry, in general, exceed 600 billion dollars and marijuana is an important commodity, whether it is illegal, legal or “medicinal”.

Millions of people suffering from mental illness, addictions and post-traumatic injuries acquired in the wars of conquest in the United States, roam without medical assistance, and are victims of some 35 suicides a day in the country. Of these, hundreds of thousands are Latinos, who were taken to these wars because of the offer to legalize their stay in the country. Today, hundreds of thousands of these men and women roam without professional services in their language to care for their neurological disorders, while in Cuba there are thousands of mental health professionals, facilities and experiences, while thousands of professionals lack well-paid jobs and the country has deprived itself of this substantial economic income.

We all know that any legal or non-legal drug can be addictive and the reason for addiction lies in the physiology of the human body itself. And to avoid this terrible evil, we must educate society and create a socio-economic and educational system that protects citizens from drugs. Capitalism in its essence is a generator of lethal drugs and addictions. The opium war imposed on China is an example, when capitalism is not able to generate profits through honest and clean trade. Today the drug is the oil that is lubricating the machinery of the local economies of many cities and nations, and even many of the large banks have been linked to the laundering of drug money. Drugs are also a macabre and scary method of social control. Some of the black community leaders in the United States have publicly recognized how this evil has destroyed their neighborhoods and have demonstrated that they used to fight for civil and political rights and now fight among themselves for drugs. All this big business is in the hands of an elite or power groups and the proof is that to obtain a permit to grow marijuana you have to pay a six-digit fee so many farmers cannot participate in the lucrative business and this helps to maintain the price of the drug. It is good to remember that societies divided into classes and under strong psychological pressure due to poverty, unemployment and the struggle for survival create an enormous psychological tension in the citizen, so that once he or she uses drugs and this temporarily takes him or her away from the reality that he or she lives to the other fantastic and pleasant reality, it is difficult for him or her to stop being an addict with terrible consequences.
==========================
ezequiel said:
June 20, 2018
12:24:59

Excellent article. Thank you. Thank you. In the media, both hegemonic and “counter-hegemonic” do not say anything. Only apologia, extolling the supposed attributes of cannabis and not informing about its dangers to health. and also here the consumption of all types of drugs is growing, especially when there is a crisis is more and more seen
==========================
Michelangelo said:
June 21, 2018
04:22:24

Great journalistic work. This is a clear manifestation of the upheavals suffered by American society, infested by the manipulation of values imposed by some political authorities and, above all, by the mercenaries of financial power, who profit and enrich themselves at the expense of the deception and disinformation of a large part of the population. Marijuana is not only a drug that is harmful to health, but also a hook, a gateway to other, stronger and more harmful drugs. It is here that the fight against global drug trafficking must begin, not by encouraging the sale of “medical marijuana”. It is a fallacy, an abject way of making large profits at the cost of human suffering. In some “cultured European countries”, which boast of being super democratic, marijuana is sold in restaurants and other public places, where it is allowed to be consumed as part of the package of ddhh that any person must have, which is a moral aberration, as occurs in dozens of American states. In Cuba, “zero tolerance” for any form of addiction is a duty of the Cuban State and of our society to protect our youth and the population in general against this perverse scourge…