Home Love in the Times of the Coronavirus

Love in the Times of the Coronavirus

Love in the Times of the Coronavirus

By Carlos Lazo
Professor, creator of the Dream Factory project.

Translated and edited by Walter Lippmann for CubaNews.
This essay was originally posted to Facebook by its author. 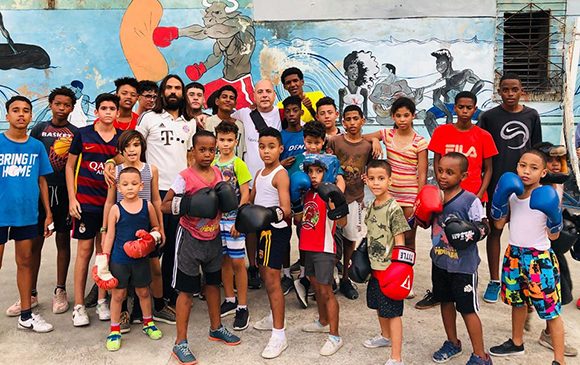 We don’t want walls that separate us, but bridges that unite us. Photo: Carlos Lazo/Facebook.

But I understand why so many ask me the same question. There is a small part of the Cuban community abroad that exacerbates hatred and promotes punitive measures against our people. This group of brothers and sisters seeks to increase the pain of the Cuban family inside and outside of Cuba. Although reduced in number, they are complicit in the cruel restrictions implemented by the United States government that penalize Cubans here and there.

They devised and supported the cancellation of trips by U.S. airlines to airports in the interior of the island. They publicly advocated the prohibition of remittances from third countries to Cuba. They express it loudly; not only do they oppose the family contacts between the two shores, but they demand that the son who emigrated, stop helping the old mother who stayed on the Island. Some even speak of a naval blockade and even an invasion. Given this reality, it is logical that many Cubans inside Cuba have the perception that their compatriots outside Cuba want the holocaust of the Cuban people.

Right now, confronted with the global pandemic that the planet is suffering, several of those people have publicly expressed their desire for the coronavirus to wipe out the land of their birth. It is painful to see how they say it in public, on the social networks, jubilant and mocking in the face of the misfortune of others. Taking the containment of the virus as a justification, voices are heard that even advocate the total cancellation of flights between Cuba and the United States. Ironically, nations such as Brazil, Mexico, the Dominican Republic and others have already reported dozens of cases of the epidemic. However, nobody is asking for the closure of flights to those countries, but they are demanding the liquidation of trips between Miami and Havana! They have not been able to completely sever the ties between the Cuban family here and there and are now manipulating the fear of the epidemic to achieve their goals.

Compatriots of Cuba, for every brother who is confused or sick with a grudge, there are thousands of us who believe in love. We love the adopted country that one day received us with open arms, but we also love the motherland that gave us life. Instead of punitive measures that intensify suffering, we advocate cooperation between our nations. We do not want walls that separate us but bridges that unite us.

As for us; we are not a pack of wolves. As a people, we have a common destiny and a duty: to help each other in misfortune. But even if hatred were to rob us of our tenderness and turn us into a pack, we would still do anything to save our cubs, which are the Cuban children for whom we are responsible.

And if, in the worst case, an epidemic of oblivion were to strike us, if we were all to end up demoralized – those here and those there – orphans of humanity and transformed into wolves, even then, an ancestral instinct of homeland and love would rise up from our hearts to remind us of the unforgettable: that we are members of the same pack! 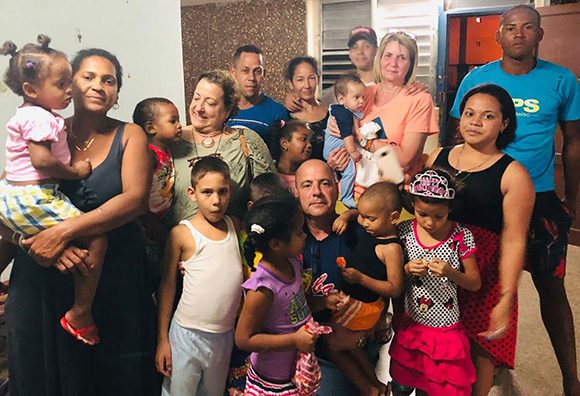 They have not been able to completely sever the ties between the Cuban family here and there and are now manipulating the fear of the epidemic to achieve their goals. Photo: Carlos Lazo/Facebook.

1 year ago CubaDebate, Translationscoronavirus, US-Cuban relations0
No One Can Ever Bury MarxCuba Rejected Jewish Refugees in 1939