Alcoholism is a growing challenge for the countries of the area, which on average consumes more than in the rest of the world. 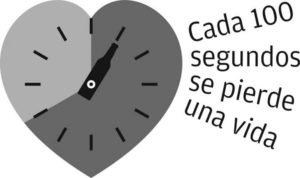 It is scientifically proven that, as a result of its excessive consumption, alcohol diminishes the average lifespan of the population by more than ten years. This should be sufficient to maintain the commitment to combat this drug, which is legal but constitutes a health problem in Cuba.

Alcoholism, according to the report on the Regional Situation of Alcohol Consumption and Health in the Americas, issued by the Pan American and World Health Organizations, constitute a growing challenge for the countries of the area. Keep in mind that in the Americas region, alcohol consumption is, on average, higher than in the rest of the world.

According to the text, the burden of morbidity (diseases and trauma) is significant, as alcohol consumption contributes to the development of 200 diseases and damages/injuries, including neoplasms, HIV/AIDS infection and various mental disorders.

Cuba is no stranger to this health problem and the statistics do not lie. More than 45% of the population over 15 years old consumes alcoholic beverages, mainly in the age range of 15-44 years old. Meanwhile, the majority of alcohol-dependent people are between 25 and 42 years old, according to research by the National Unit for Health Promotion and Disease Prevention.

It is clear that the tendency towards having the first drink is becoming earlier and earlier in life, without establishing differences by sex. Recent studies suggest that women drink today at the same level as their male counterparts, a trend that complicates this scenario, if we take into account that females, biologically and psychologically, are more vulnerable.

Experts warn that once women are introduced into the field of consumption, they are much more discriminated against and censured. They drink faster and take longer to seek help because of the stigmata with which they carry this scourge, in the midst of an eminently macho society, which delays treatment and hinders rehabilitation.

However, the results of the latest Multiple Indicator Cluster Survey (2014) showed that the proportion of men who drink alcohol is higher than the proportion of women. Alcohol consumption before the age of 15 is more common in men than in women (11% versus 3% respectively).

On the other hand, alcohol consumption is more common in urban areas, equally for both sexes, while in women alcohol consumption is more common in the capital. The highest percentage of alcoholic beverage intake is identified in the center of the country with 53%. Women in higher education consume more alcohol (24%) than those in lower education. In men, the highest percentage of consumers is among those who have not studied or who have only reached the primary level, according to the survey.

It is imperative for Cuban society to know where the gaps that condition this situation are, as well as the cultural and imitative patterns that are repeated within households. There are many places today that encourage irresponsible consumption of alcohol and it is not difficult to access drinks, although the law prohibits the sale of these products, in addition to tobacco, to minors under the age of 18.

“The bottle” often ends up in the hands of the teenager, in flagrant violation of his right to preserve his health. In addition, paradoxically and contrary to what is legally stipulated in almost all countries, in our environment it is frequent to travel through public spaces bottle in hand, and nobody talks about having a Dry Law, but about responsible consumption that allows avoiding risky behavior.

Professor Ricardo González Menéndez, a renowned expert on addictions, warns us well in his article La atención integral al alcoholismo: experiencia cubana [Comprehensive Attention to Alcoholism: Cuban Experience]. He reflects on how “although alcohol and alcoholism are currently considered as the drug and drug addiction of greatest socioeconomic and human significance, little progress has been made with regard to the classic global social attitude of underestimating it as a health problem when compared to other drug addictions”.

However, the negative impact it has on all areas of the life of the individual and those around him or her, as well as its gateway drug status, make alcoholism not only a health but also a social problem.

Around 75% of the world’s drug addicts do not receive professional help. However, Cuba’s health system has, on the other hand, provided ways to confront this problem at all levels of healthcare.

We start from an integrated network of services and various forms of care for the alcoholic patient, ranging from primary care in the community to hospital services specializing in addictions. Community Mental Health Centers or polyclinic teams are essential links in the rehabilitation of patients suffering from this and other addictions.