By Dalia González Delgado, Professor at the Center for Hemispheric and U.S. Studies (CEHSEU) of the University of Havana.
November 29, 2021
Translated and edited by Walter Lippmann for CubaNews. 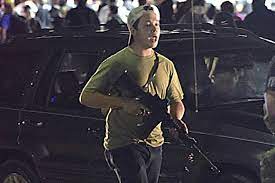 Last November 19, he was acquitted of all charges, after a highly publicized trial, the result of which has left many people unhappy.

Kyle Rittenhouse is the new hero of the radical right in the United States. The acquittal of the young man, accused of killing two people during protests in Wisconsin, has provoked mixed reactions and fuels the long-running debate about racism, violence and gun ownership.

Beyond the controversy surrounding the judicial process, I am interested in focusing on other fundamental questions: Why were there protests in the first place? What was a 17-year-old teenager doing there with an assault rifle, in a state where he does not even live? What consequences could this event have?

The drama began on August 23, 2020 in Kenosha, Wisconsin. Jacob Blake, a 29-year-old Black man, was shot seven times in the back by police as they attempted to arrest him. He was left partially paralyzed as a result. The officer who fired the shots has not been prosecuted.

That spark reignited a flame in a country rife with cases of police brutality against African-American citizens. A few months earlier, in May, the killing of George Floyd by a white police officer spurred massive protests by the Black Lives Matter movement and other activists.

Kenosha, as with much of the smaller communities and rural areas in the United States, is majority white in population and has a very strong history of racism. Donald Trump won there in both the 2016 and 2020 elections. 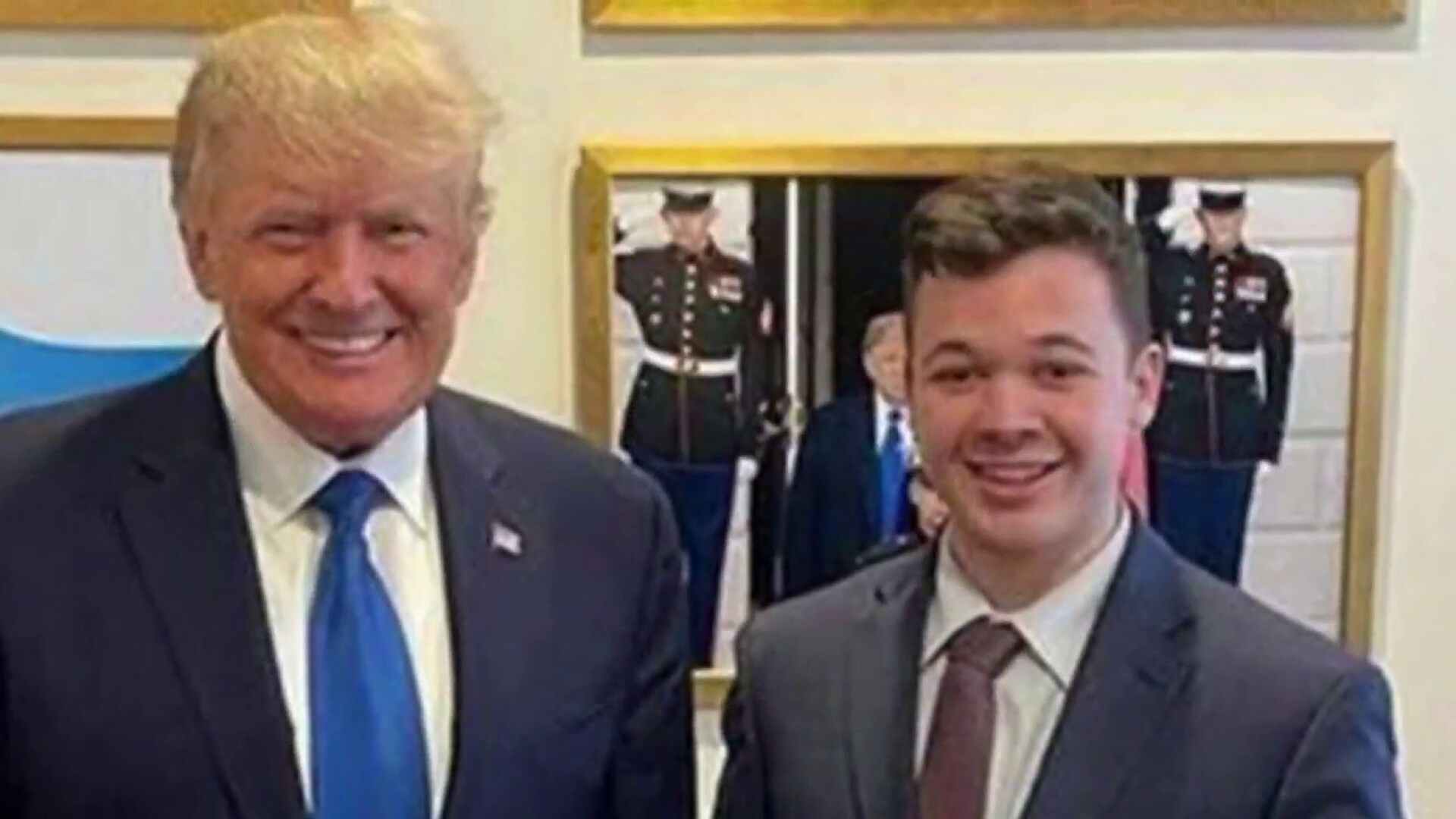 Donald Trump said Rittenhouse is a “fine young man,” after they met at his Mar-a-Lago residence.

In that heated scenario, further complicated by the health crisis, with a Trump in the White House that stoked feelings of hatred towards minorities and gave wings to white supremacism groups, Kenosha became a place of protests and confrontation. On the one hand, demonstrations against the shooting of Jacob Blake; on the other, vigilantes seeking, they say, to “defend” private businesses and other property.

Among them was Kyle Rittenhouse, then just 17 years old, who traveled 20 miles from his home in Antioch, Illinois, to Kenosha. Despite being a minor he had acquired a semi-automatic rifle; specifically an AR-15, a weapon linked to several mass shootings such as the one at a school in Parkland, Florida, in 2018. In the midst of protests on August 25, 2020 Rittenhouse killed two men and wounded a third. He was charged with multiple counts of manslaughter, but his lawyers argued that he acted in self-defense.

Last November 19, he was acquitted of all charges, after a highly publicized trial whose outcome has left more than a few people unhappy. Meanwhile, the radical right not only defended him, but praised his actions. Some now feel they have a kind of “license to act”.

This case combines several issues of contemporary American society: racism, white supremacy, police violence, gun ownership, militias and so-called vigilantism, the idea that individual citizens apply what they consider justice on their own, outside – and sometimes against – the law, Batman-style.

Among those celebrating is Kevin Mathewson, a private investigator and former Kenosha City Councilman. According to the New York Times, he is known for being the creator of an organization called the Kenosha Guard, an armed group that declared its intention to “deter riots/looting” in the context of racial justice demonstrations. After the Blake shooting, he urged his supporters to take to the streets. “I felt vindicated,” he said after Rittenhouse’s acquittal. “It vindicates people who say, ‘Look, nobody’s coming to help, we have to help ourselves.'”

That idea that, regardless of the actions of the authorities, citizens should take up arms to defend themselves even from their neighbors, has deep roots in American history and connects with the individualism that is for them a virtue. The self-made man, the American hero, the lone ranger who conquers the frontier and annihilates Indians in his path, the comic book superhero, feed a mythology according to which it is “normal” for a teenager to go out into the street with a gun to confront a group of demonstrators, protected also by the right granted by the Second Amendment of the Constitution.

The issue has been interpreted from the point of view of opportunism and political polarization and has even crept into the electoral environment for next year’s mid-term elections. For example, Texas Democratic gubernatorial candidate Beto O’Rourke told CNN that the incident in Kenosha shows that Americans should not be allowed “guns designed for battlefield use.”

Meanwhile, Donald Trump said Rittenhouse is a “fine young man,” after they met at his Mar-a-Lago residence. That meeting ended up catapulting him into the hall of fame of the radical right, which has not only celebrated the young man’s acquittal but is trying to present him as a “moral example,” a new “American hero.”

Several Republican lawmakers have offered him internships to go to work in Congress. Representative Marjorie Taylor-Greene – connected to the QAnon movement – went further in the praise and introduced a bill to award him the Congressional Medal of Honor, the highest distinction offered by that institution and which has been received by the likes of George Washington, Rosa Parks and Nelson Mandela.

“Rittenhouse’s acquittal will add fuel to the fire of armed radicalization in the United States,” wrote Margaret Huang, president of the Southern Poverty Law Center (SPLC), an institution dedicated to tracking extremist groups in the United States. She criticized “systemic racism” in a country where “a young white man can travel across state lines, armed with an assault rifle, and engage in an armed confrontation resulting in multiple deaths without facing criminal liability.”

“Those on the far right have already published an avalanche of propaganda extolling Kyle Rittenhouse, and his acquittal is likely to further encourage them to pretend that his violent actions were somehow heroic,” she added.

For its part, the Party of Socialism and Liberation said in a statement that what happened gives racist vigilantes a “license to kill,” and that the deadly tradition of far-right militia-style violence in the United States has received a huge boost. “Rittenhouse’s acquittal is a clear signal from the government that vigilantes who kill anti-racist protesters – or any kind of progressive protester – will enjoy impunity. All they have to do is say they feared for their lives and claim self-defense.”

Experts say the combination in 2020 of the COVID-19 pandemic and the economic crisis led to an increase in conflict. Approximately 23 million weapons were purchased in that year, a 65% increase over 2019, according to a report by Small Arms Analytics, a consultancy that tracks the arms and ammunition market.

At the same time, although armed militias in cities have a long history, they also gained prominence in 2020. Recall those images of storming the Michigan Capitol to protest against confinement measures. Some were even arrested for organizing a plot to kidnap the Democratic governor of that state.

Taking into account all this panorama, in a context of accumulated social debts and problems, expansion of the arms market and a pandemic scenario full of conflicts and frustrations, decisions such as the acquittal of Rittenhouse will probably stimulate the occurrence of incidents like the one in Kenosha, and even more serious ones.