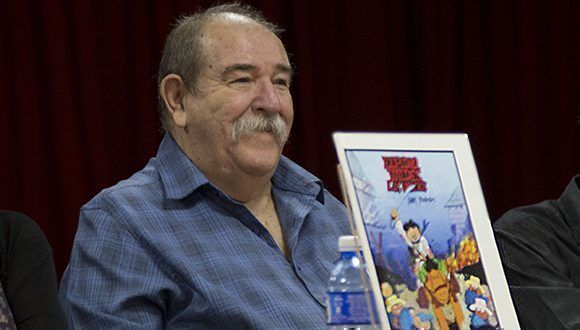 Cuban cartoonist, caricaturist and filmmaker Juan Padrón, creator of the legendary Elpidio Valdés cartoons, died on March 24 after being hospitalized for almost a month.

His son, Ian Padrón, announced the sad news on his Facebook profile.

Our beloved father Juan Padrón has just passed away at 5.20 am today, March 24, 2020. “The last mambí” struggled for 20 days and leaves full of love and tranquility. We thank all the doctors, friends and admirers who during these days have shown their affection and admiration for this great artist who is already part of the Cuban people and the independence of Cuba. Daddy, I know you would say “don’t get so serious”… and you are right. We will always remember you as the nicest, humblest, and coolest human being we will ever meet in our lives. Thank you for Elpidio Valdés, for the Vampires in Havana and above all for being such a noble and loving father and husband. So long, compay!

Juan Padrón’s biographical journey:
He was born in January 1947 in Central Carolina, in the province of Matanzas.

He graduated from the University of Havana with a degree in Art History (1978). Since 1973 he has been working at the ICAIC Animation Studies.

He has performed several functions as part of his artistic work, including comics and cinema. In 1963 he began his artistic career as a comedian in the weekly magazine “Mella”. He published comic strips and jokes in the supplements “El Sable”, “La Chicharra” and “Dedeté” of the newspaper “Juventud Rebelde”, where he created the series “Vampires”, “Zoo”, “Comejenes”, etc. In 1970 he creates the famous character Elpidio Valdés, who appears for the first time in the pages of the weekly magazine “Pionero” and who was later included in both series and animated films.

He has had an outstanding record within the realization of animated films. He has developed diverse functions, among which we can mention: script elaboration, scenographic and storyboard design, character design, animation, animation direction and voices. He has been a judge in national and international competitions.

The President of the Republic of Cuba, Miguel Díaz-Canel, expressed through the social network Twitter, his condolences for the death of the outstanding filmmaker and cartoonist Juan Padrón, due to a serious lung disease.

Juan Padrón, father of our beloved Elpidio Valdés, genius and figure of the Cuban mambisado in such an authentic animation that it became real to us. Our condolences to family and friends, wrote the Cuban leader.

Díaz-Canel referred to Padrón as the creator of a brilliant and inseparable artistic work of Cuba, for being insurrectionist, for being a mambisa, for being a patriot. 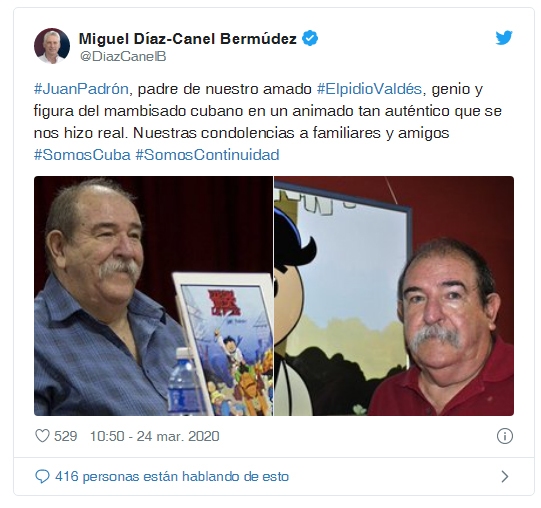 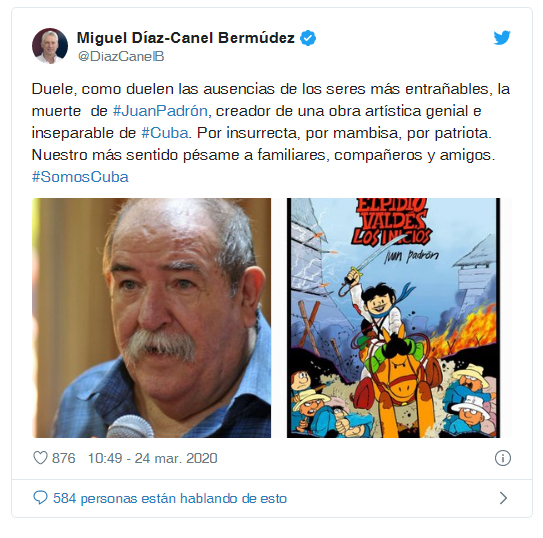