Home Joe Biden measures for his first days in office

Joe Biden measures for his first days in office

Joe Biden prepares measures for his first days in office

In a memo circulated among the major U.S. media, Biden’s advisors describe such executive actions as an urgent readiness to address the most serious crises in the nation’s modern history 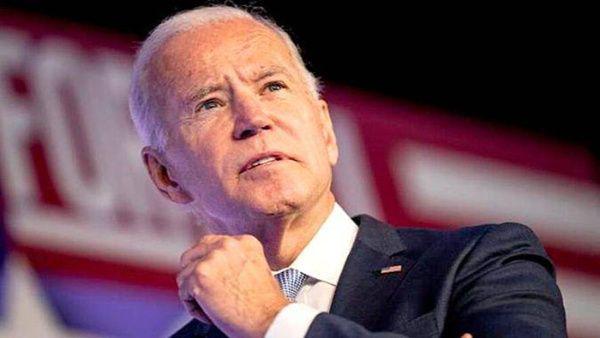 Amidst preparations for the inauguration, President-elect Joe Biden’s transition team is today preparing a set of urgent measures for the first 10 days of the administration.

In a memo circulated Saturday to the major U.S. media, Biden’s advisers describe such executive actions as an urgent readiness to address the most serious crises in the nation’s modern history.

Ron Klain, the incoming chief of staff to the next White House chief, wrote in that document that the orders will focus on ‘the Covid-19 health crisis, and its resulting serious impact, climate change and racial equity.

The official said the provisions will be accompanied by a ‘strong’ legislative agenda and are intended to provide relief to the millions of Americans struggling with these serious issues.

He added that the president-elect will take steps not only to reverse the worst damage of Republican President Donald Trump’s administration, “but also to begin to move our country forward.”

The new head of state will begin implementing the measures on Wednesday, the day he takes office, with what Klain said would be about a dozen executive orders on the issues mentioned.

The president-elect also plans to bring the country back into the Paris climate change agreement and undo the ban on travel to the United States by citizens of seven Muslim-majority countries, a measure implemented by Trump.

Biden will also issue a provision for mandatory use of masks as a requirement for staying on federally owned land or facilities and on interstate travel, and will also extend a pause on evictions and mortgages.

He even plans to take steps to mitigate the spread by expanding Covid-19 testing, protecting workers, and establishing clear health standards.

The White House will spend the remaining eight days instructing its cabinet to push for economic assistance to mitigate the effects of the pandemic and to take executive action on issues such as reunification of children separated from their families after crossing the border, among others.

The effort comes as the Senate prepares for President Trump’s second impeachment, in the early days of the Biden administration.

Although the transition team has not outlined many components of its upcoming legislative agenda, the next White House chief implemented a $1.9 trillion plan to combat the damage from the SARS-CoV-2 coronavirus, a top priority for the new administration.

1 year ago GranmaBiden, US politics0
Hitler returns from the afterlifeOn the incoming Biden administration