Home Inequality Exposed in the Face of Covid-19

Inequality Exposed in the Face of Covid-19

Inequality also surfaces in the face of the pandemic

Immunizing their populations may be as difficult for many states as the COVID-19 scourge itself. 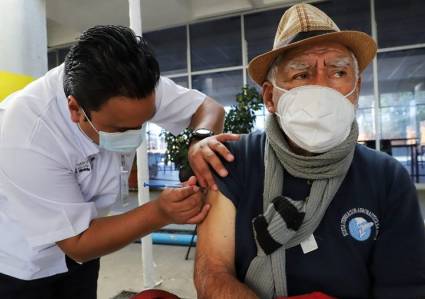 The arrival of Sputnik V was received with enthusiasm in the Mexican capital. Autor: @ClaudiaShein Published: 27/02/2021 | 07:48 pm

Assets, buildings and even military bases. What no country would put at stake, should serve as a guarantee against possible legal claims…

Abusive demands, some said; others sniffed out a hypothetical ulterior motive, and third parties even concluded that such far-reaching forecasts showed too much distrust of the manufacturer’s own product.

What is palpable is that the revelations about the unimaginable conditions that the pharmaceutical company Pfizer has imposed on Latin American countries in order to sell its vaccine against COVID-19, are a clear illustration of the concerns expressed by the World Health Organization (WHO) and by the UN Secretary General himself, about the difficulties that poor nations will have to face in order to immunize their populations.

“I must be frank: the world is on the brink of catastrophic moral failure, and the price of this failure will be paid in the lives and livelihoods of the poorest countries,” warned Tedros Adhanom Ghebreyesus, director general of the WHO, last month, drawing attention to the huge inequality in access to vaccines around the world.

UN Secretary General Antonio Guterres reiterated warnings about how inequity caused by the unfair global economic order and lack of cooperation will once again prey on the poor – now in the face of a deadly threat as direct as the pandemic – when he criticized what he called the “grossly unequal and unfair” distribution of the vaccine.

At that time, he pointed out, only ten countries had administered 75 percent of all the doses distributed worldwide, while more than 130 countries had yet to receive a single dose.

In this context, the revelations made public a few days ago by The Bureau of Investigative Journalism (TBIJ) – a news organization dedicated to investigative journalism based in London – and the Peruvian media Ojo Público, based in Lima, about the difficult negotiations of nations such as Argentina and Brazil to acquire the vaccine produced by the pharmaceutical company Pfizer, acquire support.

Their harsh and unusual demands illustrate the additional obstacles that resource-poor nations, including those more solvent ones that have not produced their own vaccine, may face, beyond the lack of current money.

As the journalistic investigation acknowledged, “most governments offer indemnification (exemption from legal liability) to the vaccine manufacturers they buy from.”

That is, the government would pay for any lawsuits against the manufacturer that a vaccinated person might file. “This is fairly typical of vaccines administered in a pandemic,” he noted, even though adverse effects are very rare.

However, Pfizer’s demands for Argentina and another nation, whose representatives have remained anonymous because negotiations are continuing, went further, asking for additional indemnification against any claims, officials in Buenos Aires said.

After representatives of the southern cone nation had negotiated difficult requirements that demanded changes in its legislation, Pfizer went so far as to demand “that the sovereign assets be part of the legal backing,” said a participant in the negotiation.

This happened at the end of December. It involved the Argentine government putting up its sovereign assets – which could include federal bank reserves, embassy buildings or military bases – as collateral against potential claims.

“We offered to pay millions of doses in advance, we accepted this international insurance, but the last request was extraordinary (…). It was an extreme demand that I had only heard when it was necessary to negotiate the foreign debt; but in that case, as in this one, we rejected it immediately”, the source affirmed.

Similar conditions were imposed to countries such as Brazil, where there were no agreements until today.

According to a message on Twitter by Misión Verdad, nine countries in Latin America and the Caribbean have reached agreements with Pfizer.

Although the tweet states that “the terms of these commercial agreements are not known” -and in truth it is information that in many cases is confidential-, the investigation by The Bureau… and Ojo Público gives an account of the rigors faced by Peru, and the “set of binding conditions” that it had to sign to close the agreement.

These included a supreme executive decree by which the nation committed to submit to international arbitration if disputes arose in the contracts for the purchase of the lots. At the same time, Peru waived “the sovereign immunity of the State for the enforcement of an arbitration decision”.

Contacted by The Bureau…, Pfizer declined to discuss the ongoing private negotiations, but argued that it has allocated doses to low- and middle-income countries at not-for-profit prices, including an advance purchase agreement to supply up to 40 million doses to Covax: a UN-sponsored project, and the only one worldwide that aims to facilitate access to vaccines for poor countries.

Meanwhile, vaccines that were initially viewed with apprehension, such as the Russian Sputnik V, are increasingly being used in Latin American countries.

Although Mexico has also acquired the Pfizer vaccine, in a message published on Twitter on the 23rd, Foreign Minister Marcelo Ebrard thanked President Vladimir Putin, the Russian Foreign Minister and the Ambassador in his country “for their support in making possible the arrival of Sputnik V vaccines to our country. Mexico-Russia friendship grows stronger,” he wrote. More than 20 million doses arrived from Moscow, far exceeding the thousands of vaccines from other companies that had arrived until then.

It is known that Sputnik V has also been acquired by Venezuela, Argentina, Paraguay, Colombia and Bolivia. In Peru its acquisition has been recommended and it has been reported that Brazil is planning to buy it, while it was expected to arrive in Chile. Reports state that in Ecuador contacts have been maintained with suppliers.

Meanwhile, reports from the Russian Embassy in Mexico state that the Russian Direct Investment Fund is looking for allies to produce Sputnik V in that Latin American nation.

In the midst of so much selfishness, the purpose could be evidence of humanistic logic. Mexico is the second country in the Americas with the second highest death rate from COVID-19.

But there is no shortage of people who appreciate the growing presence of Sputnik V as an expression of Moscow’s growing influence in the region.

Cooperation is needed
One hundred and eighty nations have endorsed the Covax initiative, which needs the help of rich countries to provide the funds to buy the drug. Ghana became the first country to receive a batch this week.

However, the pace may be very slow. According to officials involved in the initiative, the aim through Covax is to be able to vaccinate just 20 percent of the most vulnerable population in each participating country by the end of this year.

The People’s Vaccine Alliance coalition, a network of organizations including Amnesty International, Oxfam and Global Justice Now, estimates that nearly 70 low-income countries could vaccinate only one in ten citizens.

The response from potential donors is still not registering at the required level. Dr. Tedros explained that vaccines can only be delivered to Covax member countries if rich nations cooperate and honor contracts, referring to commitments made by the United States and the European Union to significantly increase their contribution.

On the other hand, regional solidarity initiatives are trying to help and could be very effective if they were more generalized.

An example of cooperation actions that could help is provided by ALBA-TCP (Bolivarian Alliance for the Peoples of Our America and the Peoples’ Trade Agreement), whose Bank announced in December – by the decision of the most recent Summit – the creation of a modest fund of two million dollars as financial relief to member countries that needed to acquire the vaccine and had not concluded negotiations with the supplying companies due to lack of money.

The availability or otherwise of the vaccine by all nations will be absolutely decisive in the planet’s triumph over the pandemic. Faced with COVID-19, we will either all emerge or we will all stagnate.

1 year ago Juventud RebeldeCovid-190
I have always been in favor of dialogueTomasito, Between Books and Battles