They demand respect, they’re not afraid, but they also demand no end to fighting for their rights.

By Araceli Martínez Ortega. Reporter for the newspaper La Opinión since 2006.
March 8, 2018 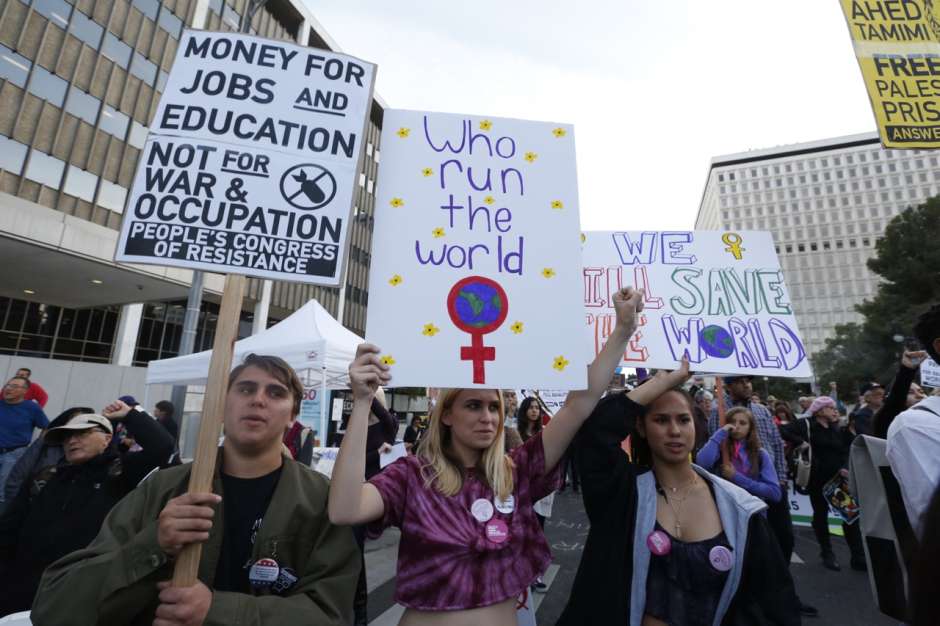 Alondra Becerra, a young university student of the English literature career, a dancer, and who has two jobs, one as a waitress and the other serving coffee, took time on her busy schedule to attend and lead a march in downtown Los Angeles to celebrate International Women’s Day.

“I’m here for my mom who raised me as a single, sick mother. She is a Mexican immigrant who inspired me to fight for people. I am here for mothers and women who do not know that they have rights and do not go out to fight. For them, I’m here,” Becerra said as she stood in front of the marchers with a long blanket that read “International Women’s Strike. 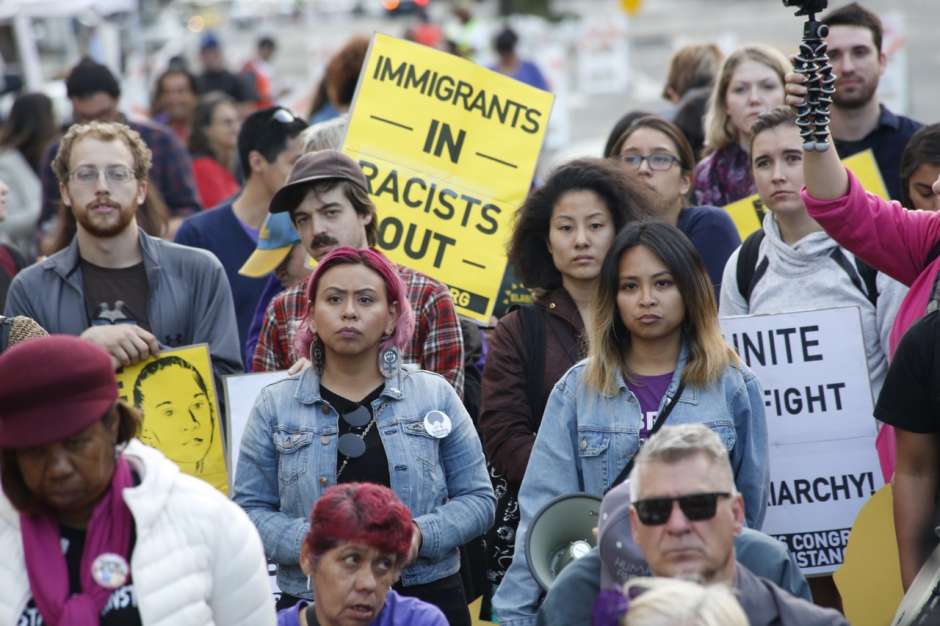 Immigrants in; racists out,” read one of the march’s posters. Photo: Aurelia Ventura

To immigrants like her mother, she told them to be patient, to keep fighting for change. “I am 21 years old and I will help my mother with her papers,”she said.

This young activist was part of the festive demonstration and march that gathered some 300 women in the evening. Armed with banners and blankets with messages against inequality, poverty, violence, criminalization and discrimination, they sang, danced and prayed. The group left the federal building in downtown Los Angeles to walk around a few streets. 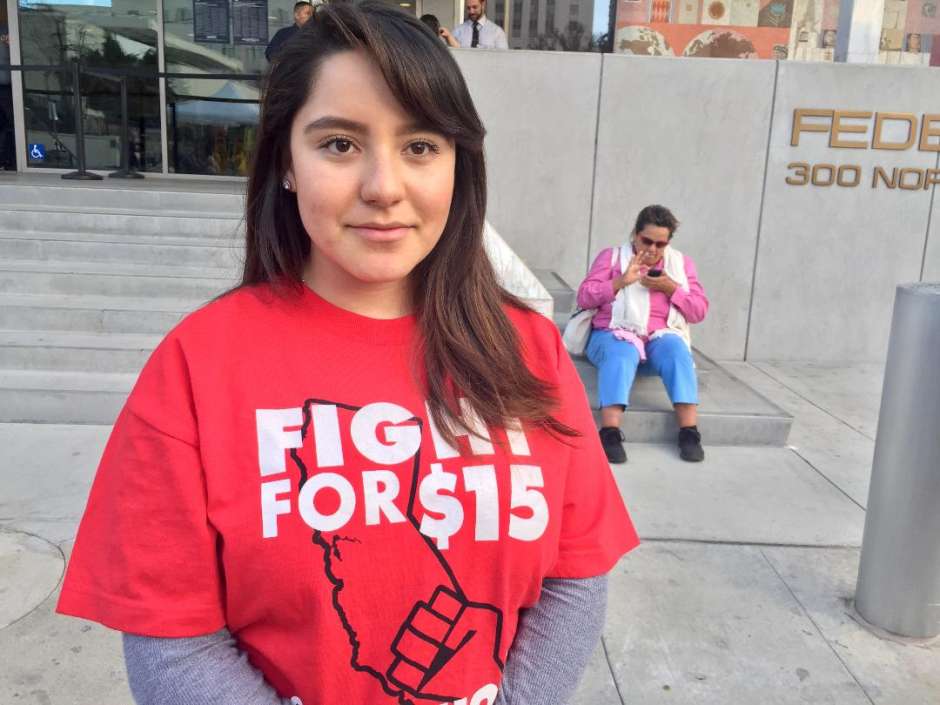 Alondra Becera, a young student and worker who participated in the struggle to raise the minimum wage to $15 per hour in Los Angeles, was one of the speakers on International Women’s Day. (Araceli Martínez/La Opinión).

They are part of a worldwide movement

Angela Sambrano, chairman of CARECEN’s board of directors and immigrant rights activist, said they came together to celebrate women as women from more than 52 countries around the world did.

My message to immigrant women is that we demand a halt to deportations, to the separation of our families and that we stand together and support California’s continued status as a sanctuary so that police and government employees don’t collaborate with the Immigration and Customs Enforcement (ICE),” she said.

And he added that immigrant parents are not likely to be afraid to take their children to school, to the hospital or just go shopping for food. We are struggling to keep our families together,” she said.

Sambrano urged immigrant families not to stop fighting. “Know that you are not alone. We are fighting to ensure due process because only together will we change the racist, xenophobic and patriarchal system that has produced someone like President Trump who doesn’t want immigrants and is only interested in protecting the rich behind the backs of the poor, workers and women,” she said. 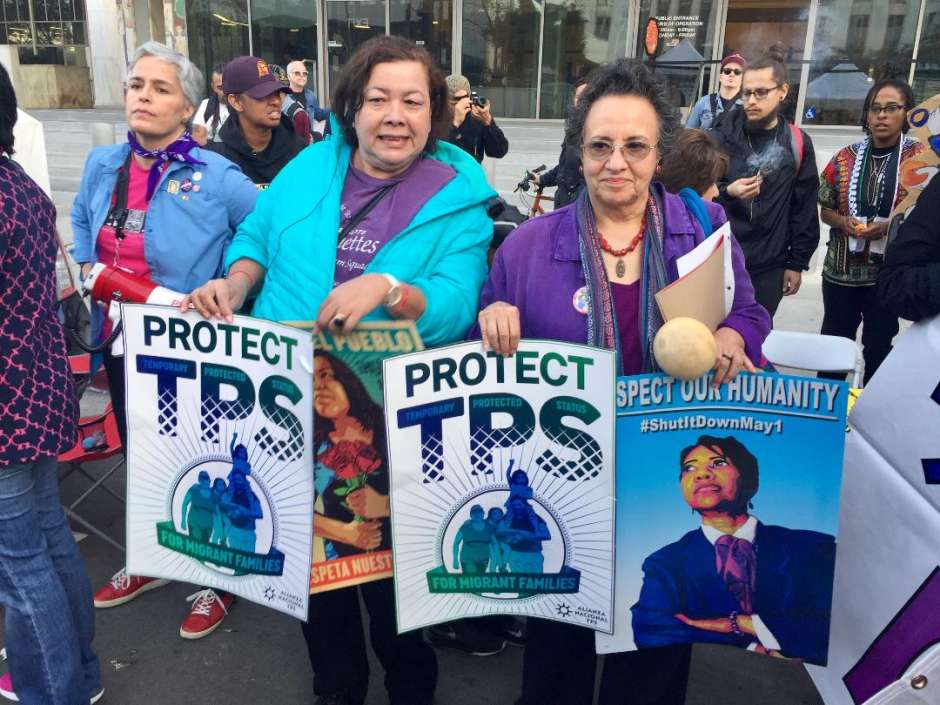 TPS holders in the struggle

Edith Anderson Hernandez, an immigrant from El Salvador, arrived at the march with signs alluding to the defense of Temporary Protected Status (TPS), the program that allows Salvadorans and other immigrants to live and work in the country. President Trump set a deadline to end TPS for Salvadorans, September 2019.

“I have a brother, a brother-in-law, my nephews and a lot of family with the TPS. I need my family,” cried Anderson Hernandez without releasing her banner.

She called on TPS beneficiaries not to be afraid and stick together.

“It’s the only way we can make a difference. We are in this country for many reasons. We immigrants bring a very hard story. I left my children under 4,8 and 9 years old to come here so they would be able to eat,” she said. 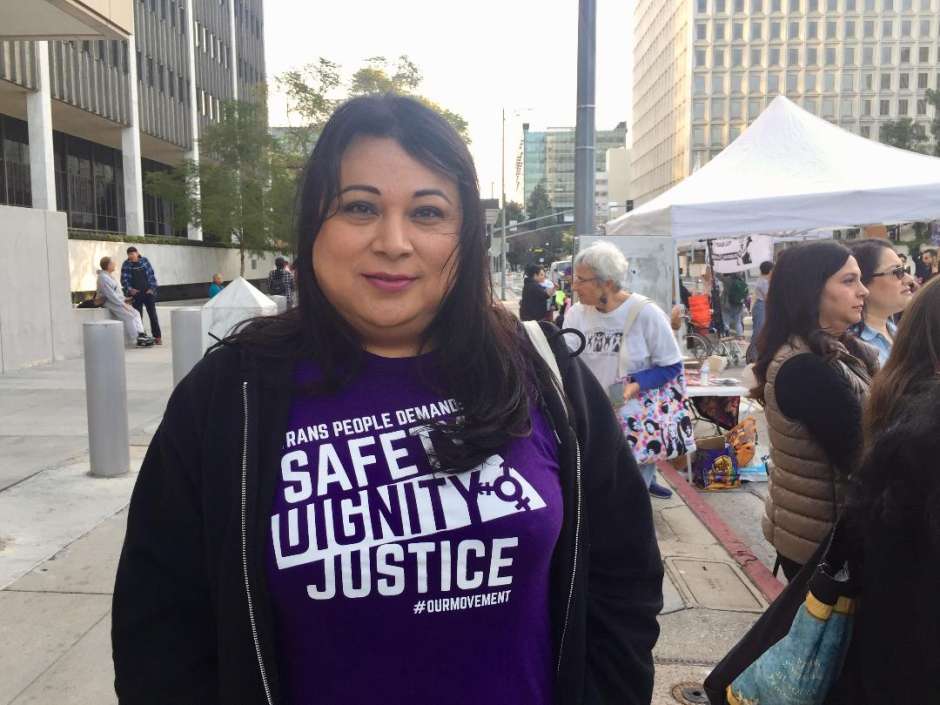 Jennicet Gutierrez, a transgendered Mexican immigrant and activist for the Trans Queer Liberation Movement “TQLM Family” had the opportunity to take the microphone during the demonstration.

As a transgendered woman, it is very important to be present to tell compañeras and women in general that we are part of the struggle and we must not tolerate injustice, violence, discrimination and attacks, day after day,” she said.

She stressed that it is important for the voice of transgender women be heard on International Women’s Day because they too suffer a lot of violence, rejection and injustice.

“I want to tell transgender people and all of them that there are strong and powerful women, fighting to stop them from suffering and putting an end to abuses, whether in detention centres, prisons or being rejected by their families,” she said.

Gutierrez stressed that the International Women’s Day march is an opportunity to show unity in resistance. “Go on with all your dignity day by day. We are human beings and deserve respect!”, she said.

4 years ago Translationsimmigration13
What Elections Are About in CubaChe Guevara evening, with Janette Habel