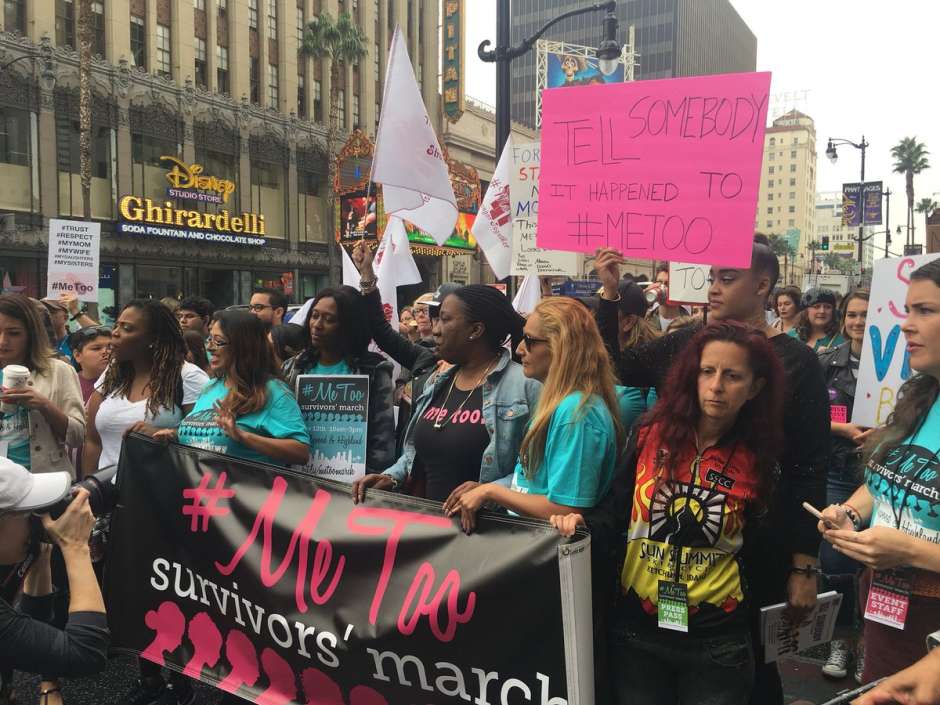 Hundreds of women and men marched this Sunday in Hollywood against sexual harassment. (@Katcystephan)

Whistles and compliments – sometimes risque – are constant and common. So are harassment and even sexual attacks in exchange for work or favors, and complaints, due to fear, ignorance or immigration status, are nonexistent.

This is how Ramona Félix, coordinator of the program on harassment and sexual assault and human trafficking for the Líderes Campesina organization, describes what happens in the countryside to rural women.

“People are afraid to report it, they are afraid of being fired, many are single mothers,” about what agricultural workers live on. “There have been cases where there is harassment and run and supervisors spread the word ‘she is problematic’. The woman is left without any money. For fear, for the legal status, for what they will say, they remain silent. “

That’s why this Sunday, almost two dozen of them traveled from Ventura County to be present and participate in the #MeToo March against sexual harassment that took place in Hollywood.

Survivors of harassment and sexual assault and abuse walked from the meeting point – the corner of Hollywood Boulevard and Highland Avenue – to the offices of a television station [CNN] where several people spoke out against this social scourge, before going back to the point initial.

The scandal over allegations of sexual harassment against powerful men in the film industry has opened the door for women in all kinds of industries to raise their voices and tell their cases.

“For every Harvey Weinstein (the famous Hollywood producer), there are hundreds more men in the neighborhood who are doing the same,” said Tarana Burke, founder of the #MeToo movement. “The conversation around Hollywood will spread to include other industries if we force it to happen.” 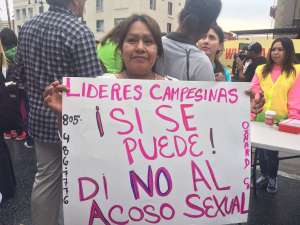 A female farmworker during the march. (@bgazzar)

“This goes beyond Hollywood,” said Brenda Gutierrez, one of the organizers of the march. “I think it’s time that we no longer keep silent, that we are not ashamed and that we end up with the stigma and I think that is the great message of this march.”

“If a person can go out and get help, that will make me happy,” Gutiérrez added.

With chants of “Stop the violence, stop the rapes”, “Stand up for the women of the world” and “Violence must disappear”, hundreds of women – and men – joined the march yesterday in solidarity with their wives, mothers and sisters, as well as, some actresses.

“If people start talking about this, I think it will make a difference,” said Elizabeth Perkins, actress of the movie “Big” with Tom Hanks.

Many women said that men’s help in stopping this is essential.

“They are the ones who can solve this,” said Gretchen, who did not want to give her last name. “There are many wonderful men out there, but they have to go and talk to those who cause problems.”
===================
TIME MAGAZINE story, including support statement by female farmworkers:
http://time.com/5018813/farmworkers-solidarity-hollywood-sexual-assault/