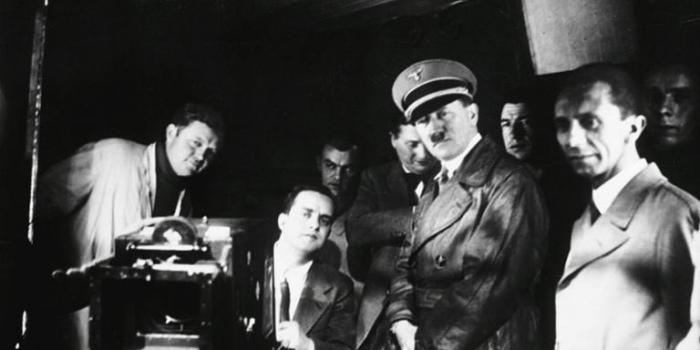 Hitler reviewing a film, still from the documentary. Photo: Taken from the Internet

Although the Nazi cinematography gave a great deal of expression to its ideology, and did not spare any resources to do so, it also produced “escapist” stories – comedies, musicals, melodramas, police – aimed at distracting the attention of an audience trapped in a turbulent time.

Taken in numerical terms, it could be said that that duality in production was 50/50, according to the documentary Hitler’s Hollywood (2017), which forms part of a trilogy by the essayist Rüdiger Suchsland, aimed at examining the cinema of the Third Reich, close to a thousand films made between 1933-1945 under what was intended to be a “dream factory” in the best style of Nazi Germany.

Suchsland undertakes a methodical analysis -social, political and aesthetic- marked by objectivity and contention, without diatribes against films that would have deserved it for their racist and xenophobic approaches, a cinema that liked to proclaim that it would last a thousand years, and elaborated an ideological imaginary full of stereotypes against the ancestral values of humanity.

The exhibition of part of this work, which had its highest star in Hitler, has been forbidden in Germany and permissions are needed to project it as study material, therefore, it remains unpublished for the new generations, eager to know what was really that cinematographic gear marked by an insane policy.

Suchsland’s documentary brings us closer to the days when Nazi cinema put the greatest effort into the technical quality of its productions, trying to create its own “art” and compete with Hollywood, which it had no qualms about adapting, according to a scale of values that since the 1930s had been traced by the ideologists of Nazism (in that way, the artificial “American way of life”, distilled by American films, was finding its German equivalent in amelcochado films that glorified Nazi patriotism and sang praises to the times to come after the triumph of Nazism).

Although Hitler was known to like cinema, especially Disney’s work, the responsibility for driving the industry fell on Goebbels, with a culture fostered at universities in Bonn and Berlin. Appointed Minister of Propaganda and Information in 1933, one of his main tasks was to use schools and the media to turn Hitler into a god destined to dominate the world. And there is nothing better for it than cinema. 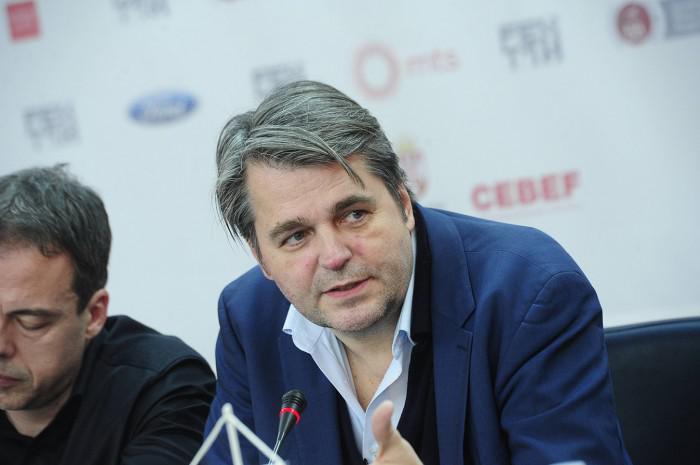 Rüdiger Suchsland, director and scriptwriter of the documentary. Photo: Taken from the Internet

Goebbels tried to have a Nazi Potemkim filmed for him. He also forbade a German version of Titanic from reaching the screens at the last minute in 1943, when the battle of Stalingrad turned the war upside down. The film could be interpreted as a metaphor for Germany sinking and overnight its director Helbert Sepin, who had left half a skin on the set, was [deemed] suspicious to the Gestapo and without trial or argument ended up on the gallows.

Willing to impress the world with his cinema, which, in terms of pace of production, came in second place behind Hollywood, Goebbel spared no money (or pressure) to ensure the permanence in the country of directors and stars. In the early days, he tried to overcome California’s Mecca internationally, forcing him not to touch on harsh subjects, not even to make horror films that could be “misinterpreted”.

Not a few of these films show the overflowing joy of the German people, a supposed enthusiasm embodied in comedies and musicals, and there is no lack of the technically brilliant (and repudiable in their content) documentaries by Leni Riefenstahl, an innovator with the camera who exalted the myth of the Aryan race to the point of exhaustion.

In Hitler’s Hollywood, a concept similar to Goebbels is clear: the masses do not go to the cinema to be taught, but to evade a reality, hence the imperative of creating artificial nirvanas for them. They didn’t even disguise their intentions and in this respect the narrator of the documentary says: “in general, Nazi cinema was thought to abolish all distinction between reality and fantasy”.

The truth is that by separating those films from marked ideological political propaganda, what remains is an entertainment cinema not very different from the one we see today. Director Rüdiger Suchsland says: “The entertainment industry has always had the function of controlling people. Even in democracies. It can be argued that, thanks to the internet and the almost total digitalisation of society, we are in a new stage of control and manipulation, and that the entertainment industry is less and less focused on developing free minds and illuminating them. That’s what I sometimes think, but I also believe that conspiracy theories and cultural pessimism are a serious danger to democracy. They’re there to make us feel powerless.

A thesis that links Nazi cinema to the present and that is not new. The essayist Siegfred Krakauer, in his great work From Caligari to Hitler (1947) revealed that the dominant psychological tendencies in that cinema “could be profitably extended to the study of the masses, both in the United States of America and in other countries”.

It is well known that when the Nazi empire disappeared, the American cinematographic expansion ended up taking over most of the world’s screens and today only one dream factory remains.