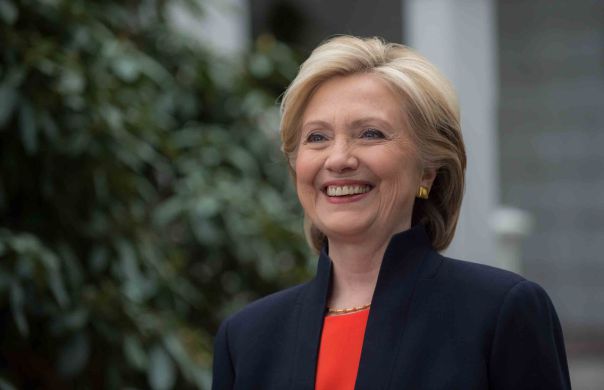 It´s less than a month to the US elections and it is still possible that Donald Trump turns out to be the winner. Such a scenario is regarded with astonishment and concern by those in the United States who still believe in their institutions.

When he began his campaign, very few people took seriously the aspirations of the millionaire who synthesizes the two qualities that ––in the words of Octavio Paz– define imperialist behavior: arrogance and ignorance. He displayed both when he faced the other Republican contenders and now against Hillary Clinton. All along that path he has tried to show himself, demagogically, as if he were an enemy of the “establishment” and the spokesman for its victims.

It is enough to read his proposals to understand that he is blatantly lying. His tax reform plan would benefit only those who concentrate wealth and hurt those who live on their wages. To make matters worse, – a unique case in American history– he refuses to disclose his income tax reports to the Internal Revenue Service and, last but not least, he has boasted of not having paid taxes for years. Al Capone was sent to prison for that crime. But Trump is still freely touring the country where thousands of enthusiastic supporters applaud.

Everywhere, day after day, he repeats a message of hatred, prejudice and violence. There is a long list of those who are subjected to his insults and threats: Mexicans and women, Muslims and people with physical disabilities, immigrants and the LGBT community, those who advocate limiting the arms trade, and those who fight against pollution, as well as an endless list that includes Republican politicians who distance themselves from his ultra-reactionary speech and foul language.

On a couple of occasions he suggested the assassination of Hillary Clinton; and in the debate with her, before millions of viewers, he threatened with her imprisonment if he reached the presidency.

In any country in the world, and in the United States in normal situations, a similar character would lose any election and –most likely– be held in a penal institution or in an asylum. Trump, incredibly, has been the focus of the election campaign and –although many criticize him– he has the support of millions of voters.

The only way to defeat him is Hillary Clinton, the first woman in history with a chance of being elected. The difference is abysmal. Barak Obama did not exaggerate when he said she was more prepared to be President than he –Obama– or her husband, Bill Clinton.

Hillary has a long political career from her early years and has always been seen as an enemy by the most conservative groups who have unleashed a fierce campaign against her in which slander abounds. She has made mistakes –some of undoubted importance– and reprehensible concessions. She did not always remain faithful to her ideals of youth. But the same can be said of any US politician and none other has been subjected to such relentless scrutiny by the media – those of the large corporations and many others circulating in the digital universe. These have examined her life in detail and cannot accuse her of having committed any crime. The biggest charges against her are having embraced neo-liberalism –as did almost all in her party– and having implemented, as Secretary of State, the warmongering line of the White House.

The United States remains the most powerful country in the world but its society is going through a deep crisis. Frustration and discomfort dominate US citizens who are increasingly skeptical of their politicians. Donald Trump manipulates the situation and does it appealing to the racism, brutal individualism, stupidity and violence that have been present –since its origin– in the nation that believes it is superior to the rest of the world. His candidacy has brought out the worst in the US and has turned it into an organized political force.

Hillary does not represent a revolutionary alternative. Choosing her will not produce the radical transformation of US society. But right now she is the only hope to stop barbarism.

It is possible to beat Trump. But it needs to be a crushing defeat: a landslide of votes that puts this unprecedented demagogue out of action, and also allows the start of a new stage where “Trumpism” can be defeated, because it is a disease that corrodes US society and threatens humanity.

6 years ago Translations176
Marijuana is not an alternativeThe High Cost of Roller-Skating!