These are some pictures I took yesterday at the Havana book fair. There are captions along with each of these images giving some context. 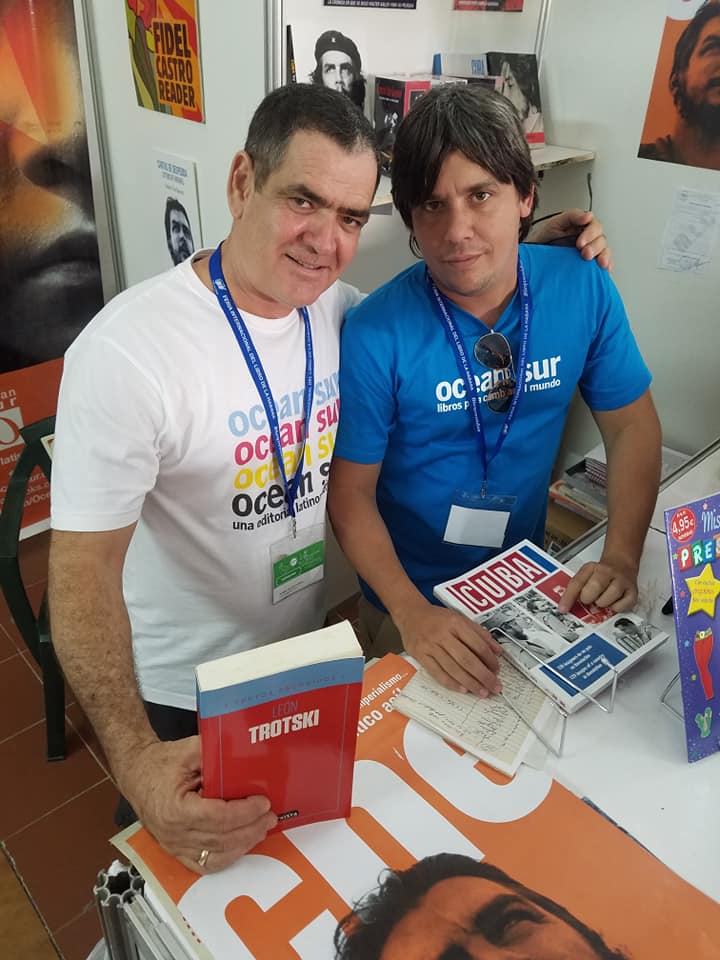 These are two of the nice staffers at the OCEAN PRESS/OCEAN SUR booth at the Havana Book Fair where, at long last, I obtained my copy of the big Trotsky anthology you can see here, edited, introduced and contextualized by Fernando Rojas, Cuba’s Deputy Minister of Culture. I’m so grateful to have the book and to know that it’s available through Ocean, the only foreign publishing house with a regular office and distribution operation here in Cuba.
Viva Ocean Press/Ocean Sur! 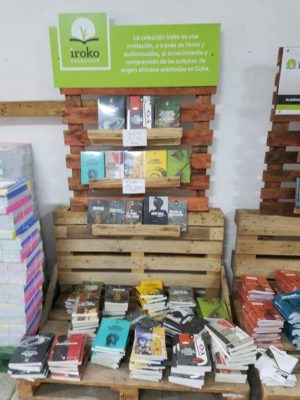 Black history is a very important component of Cuban identity. These are just some of the books on this sapsect which are available here at the Book Fair. 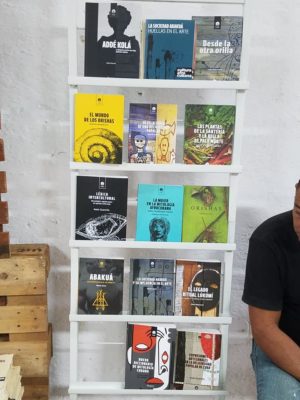 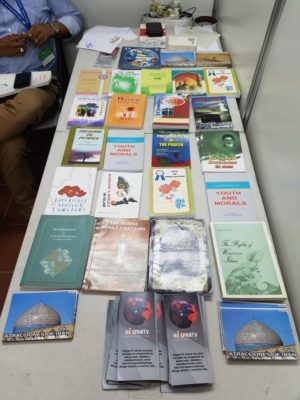 These books are available in English at the table of the Embassy of the Islamic Republic of Iran at the Havana Book Fair. Not many people here read English, but for those who to, they can learn a lot about the religion of Al-Islam. I’ll try to get pictures of their Spanish offerings as well. Islam has been growing here in recent years. but that’s a topic for another day. 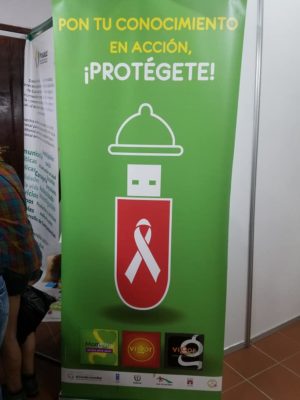 Large size poster at the Havana Book Fair, advocating condom use. It says, “Put your consciousness into action, protect yourself” and is produced by the VIGOR brand of condoms which are very easy to find here, and CHEAP (a couple of pesos for a pack of three). 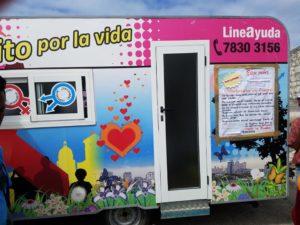 I couldn’t get far away to get the whole thing into the picture with my phone, which is the only camera I’m using here. This is part of a small trailer known as EL CARRITO which goes to concerts and other public events like the book fair to encourage people to engage in safer sex practices. They were giving out posters, condoms and topical related litereature. 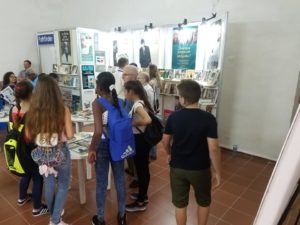 PATHFINDER (see sign up on the left), is the onlly US publisher to consistently come to the fair. They’ve been coming for I think nearly two decades, and run a very professional operation. In the past, they’ve shared their booths with others, but now they have an entire room for themselves.
Their books are too expensive for most Cubans, being sold in CUC, but on the last day, they unload their remaining stock in CUP, so they don’t havve to carry them back to the United States where they are based. I noticed, also, that their staff also spoke very good Spanish.
THE MILITANT was being offered to individuals at one regular Cuban peso (roughly four US cents), but when I said I was not Cuban, they immediately raised the price to one CUC. Notice the posters of Malcolm X as well as the book by Jack Barnes, the leader of the Socialist Workers Party which is the guiding spirit for Pathfinder Publishers. 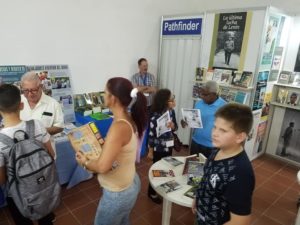 Another perspectve on the Pathfinder booth. 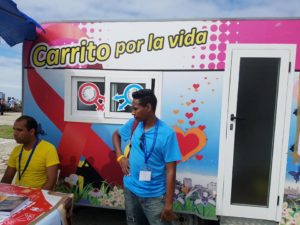 The other side of the carrito. 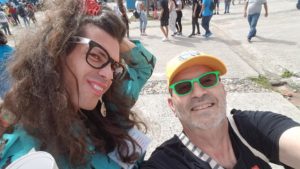 Selfie with super-tall trans woman at the stand with the carrito. No, I didn’t get her name. 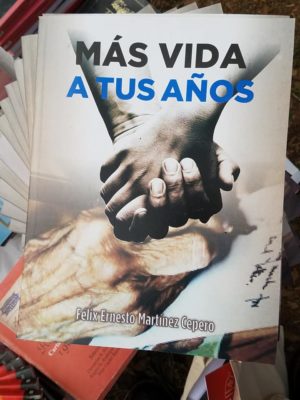 This is a manual for recommended exercises for senior citizens. It’s really important as the island’s population continues to grow, and so many younger Cubans hope tl leave the country. I should have picked up a copy, but I was already loaded down. Now I’m planning to go out to the cabana again, so if there are any left, I’ll try to get one.
TITLE: More Live to Your Years 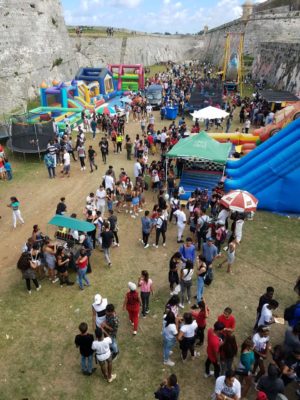 This is a playground which is set up so children can have fun as well as going along with their families and caregivers to the book fair. 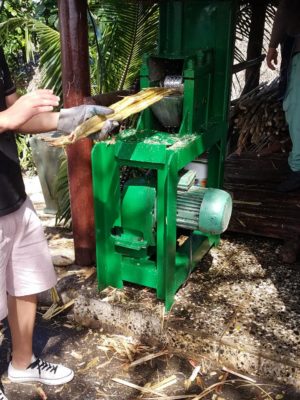 This is a great big machine which grinds the sugar ot of the cane stalks you can see in the upper right-hand sid eof the image. These stalks are five or more feet long, and it takes a crew of two to operate the machine. One to insert the stalks and another to pull out the stalks and toss them aside. Don’t know if the stalks are recycled or reused in some manner.
If someone knows, please tell us here. Thanks! 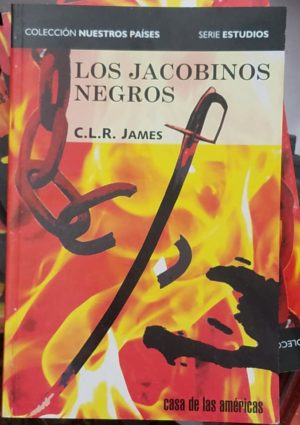 CLR James’ famous THE BLACK JACOBINS, his account of the Haitian Revolution and its leader Toussaint LÓverture, in a Cuban Spanish edition from Casa de Las Americas.Incredibly cheap at 30 regular Cuban pesos.