Home I Ask You to Move Forward

I Ask You to Move Forward

Gerardo Hernandez:
In Moments Like This I Ask You to Move Forward 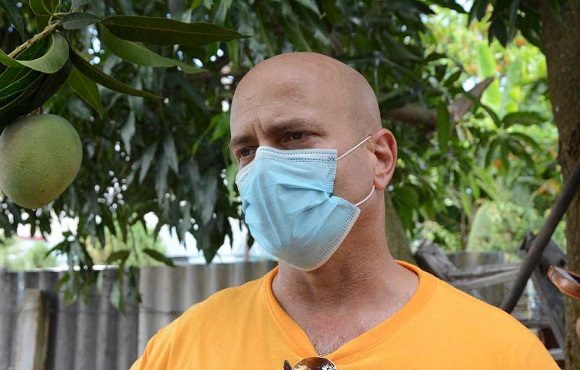 There is no one like him to know how to assimilate every gesture, every word, every embrace of this or that one from Sancti Spiritus as they pass through the territory, much less to stop to caress a child, admiring a young person or shaking the hand of the one who looks at him as that hero he is. He;s  the same one who was condemned to two life sentences, plus 15 years, the same one who confesses not to have words to express his gratitude to those who followed him from a distance and to the Commander in Chief, when 19 years ago, at a crucial moment in the struggle for the liberation of the Five, he said with the certainty of a prophet: ¡Volverán! [They will return!]

“The plan of the empire with me was that I would still be sitting in a maximum-security prison, but if I am here, I owe it to the efforts of so many people who for so many years contributed to the campaign for our freedom, so I thank you, for your contribution to the cause of The Five. This is how Gerardo Hernández Nordelo, the national vice-coordinator of the Committees for the Defense of the Revolution, presented himself to several Sancti Spiritus cederistas during his visit to the province a few days ago.

At present, what new tasks are the CDR facing?

The organization has already issued its bulletin No. 56, dedicated to food production in family yards and plots, because as you know, during the most critical years of the special period in Cuba, progress was made in terms of agro-ecology and ecological practices. We were even recognized by international studies, but after that stage, that popular movement was somewhat lost and today, the idea is to recover it, multiply it and let each one contribute in their own small way. 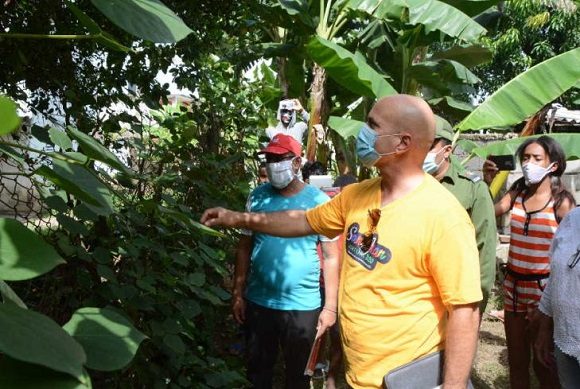 We have visited places where until recently there were rubbish dumps and the neighbors have cleaned them up and turned them into furrows planted with food. That is the role we play, given that the international economic situation has become more complicated due to the pandemic, and at the same time Cuba continues to suffer the effects of the US blockade.

They, who claim to be so humanitarian, do not make a parenthesis in our discord, not even at times like these, so that Cuba can buy its food and its medicines. On the contrary, not a day goes by that they do not give us another turn of the screw. This is because, in essence, they want to break us, they want to bring us to our knees because of hunger. That is why we, the CDR, try to do things that can contribute to the country, and one of them is food production.

How do the CDRs expand the scope of their work in the midst of a post-COVID-19 recovery phase?

The damage from the pandemic is not only physical for those who have suffered it. It is also economic, and particularly in the area of food, our country is facing difficulties. Even before the arrival of this disease, President Miguel Díaz-Canel Bermúdez called for import substitution, because too many resources are imported, which we can often obtain domestically.

After the appearance of COVID-19, we insisted on this and we were right, because we need to increase production. It is not a question of competing with Agriculture, which has its plans and we wish it every success, but of contributing from our neighborhoods. The potential is there and we can already see the first fruits of this movement. Any bunch of bananas obtained in the courtyard of a house is a product that should not be bought at the market and, therefore, is there for the people who need it most. 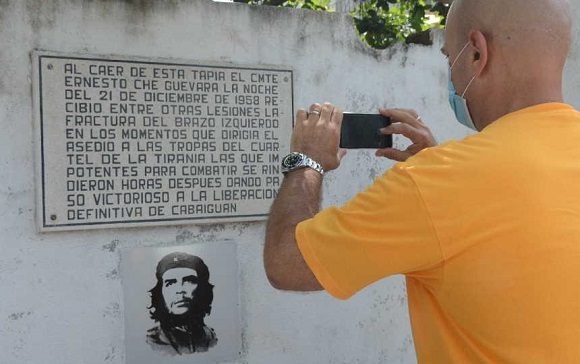 We are a great human family, as our dear Comandante Fidel said, and particularly a great Cuban family, so we must help each other and who better than we who are in the neighborhood to promote this type of activity?

The 60th anniversary of the creation of the CDR is approaching. How will this celebration unfold?

We are working to commemorate, in the most joyful way possible, the 60th anniversary of the creation of the CDRs. We do not yet know the specifics, nor what the activities will be like, because it depends on the evolution of COVID-19 in the country, but I assure you that we will celebrate it as it deserves to be.

The CDRs have also been present in each of the trenches that have been opened up to combat the pandemic and I think they have done so in the spirit of the celebration of this coming 60th anniversary. Let us remember that this is an organization founded by Fidel, one of his great dreams, and in which he placed all his trust to materialize the fundamental task, which is, without a doubt, the defense of the Revolution.

There are those who say that this is an organization of old men, but I assure you that what has changed is time, because far from being out of fashion, we are up to date. At this time it is important to remember and be faithful to the legacy of our Commander and to the trust he placed in the CDR, since he was always very clear that they constituted a bastion of the Revolution and will continue to be so.

How do you assess the role of the youth in the largest mass organization in the country?

Together with other members of the National Directorate of the CDR, we have visited several provinces of the country and one of the things that calls our attention the most is related to the youth and their presence in the organization, contrary to what many people think, we have a very large youth force.

In the 60th Anniversary detachments we met young people who have been in the front line, in the fight against the pandemic, visiting the most needy people, in the assistance centers, distributing products in quarantine zones; but, above all, showing that they have a great desire to do, to contribute and to demonstrate that there is continuity in this organizationgcguu. 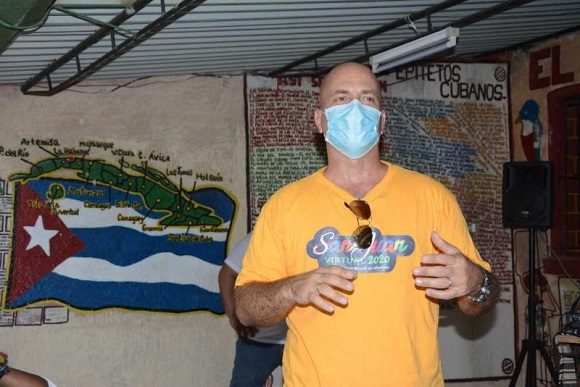 But there are also the children, who provide the relief of these young people and who are already standing out in the neighborhoods, right now they are the protagonists of the applause of nine o’clock at night, which health workers and all those who in one way or another help in these difficult times quite rightly deserve.

Children, however, are the ones who do most to remind us that it is important to turn off an unnecessary light bulbs at peak times within the home, something that seems insignificant, but if every one of the 138 000 CDRs in the country had a light turned off, that would be the same amount that would stop working to help save energy.

Any message to the people from Sancti Spritus ?

Firstly, to thank you for the solidarity of this people with the struggle of the Five. I share a birthday with Sancti Spíritus and not a single year has passed in which, while in prison, I have not received the congratulations of this people, for which I am very grateful and I do so also in the name of my comrades and our families who have passed through here several times and have always received much affection.

If we are in this province today, we owe it, among other things, to the solidarity of all the people, including that of the people from Sancti Spiritus, therefore, our eternal gratitude, particularly to the CDR members, the FMCers and all those who make up the neighborhood organizations, which we all are.

At times like this I ask you to move forward, or are we going to give in to the pressures of the empire? Of course not, we will continue fighting, saving and producing, fulfilling everything, because better times will come, even if it means working hard.

1 year ago CubaDebateCDR0
Ten Tips for Dealing with ConfinementIt's Not the Economy, It's the Virus