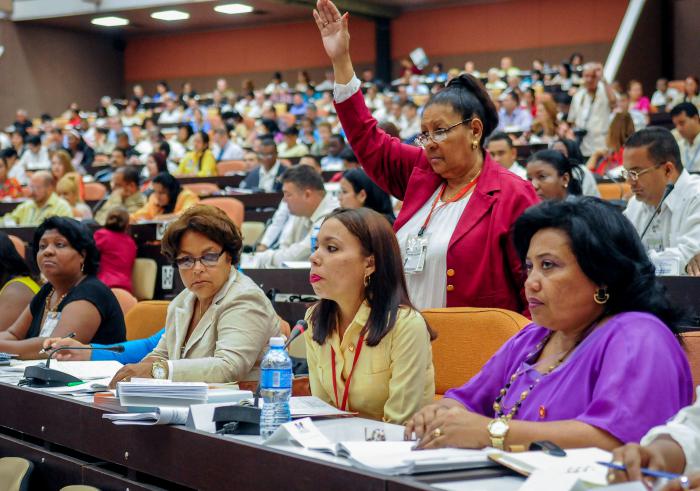 As part of the analysis of the Draft Constitution at the First Ordinary Session of the Ninth Legislature of the National Assembly of the People’s Power, some of the issues discussed were gender equality, marriage and family as part of Article 68.

Mariela Castro Espín, a deputy for the municipality of Plaza de la Revolución, commented that with Article 68, Cuba places itself, from a perspective of comprehensive protection of people because of their sexual orientation and gender identity, among the leading countries in the recognition and guarantee of human rights.

“This proposal for protection is the result of the maturity reached by the revolutionary process that legitimizes and protects social relations that materialize in various types of families, from which the State’s duty to protect them and not to discriminate against them is derived,” she said.

She expressed her agreement with the provisions of Article 68, which provides for the voluntary union of two persons with the legal capacity to do so and is based on the rights and duties of spouses.

Castro Espín submitted for the plenary’s consideration that the continuation of the text of the article should be left to legislation because it is specific and refers to the obligations of couples who choose to be mothers and fathers, in addition to the fact that it is based on the absolute equality of the duties and rights of the spouses and on the conditions that favor the achievement of their ends.

“It would result in an axiological and normative contradiction in the letter of the constitutional bill between the grounds of discrimination, sexual orientation and gender identity in Articles 39 and 40, and we would discriminate against families with gay parents in Article 68,” she added. 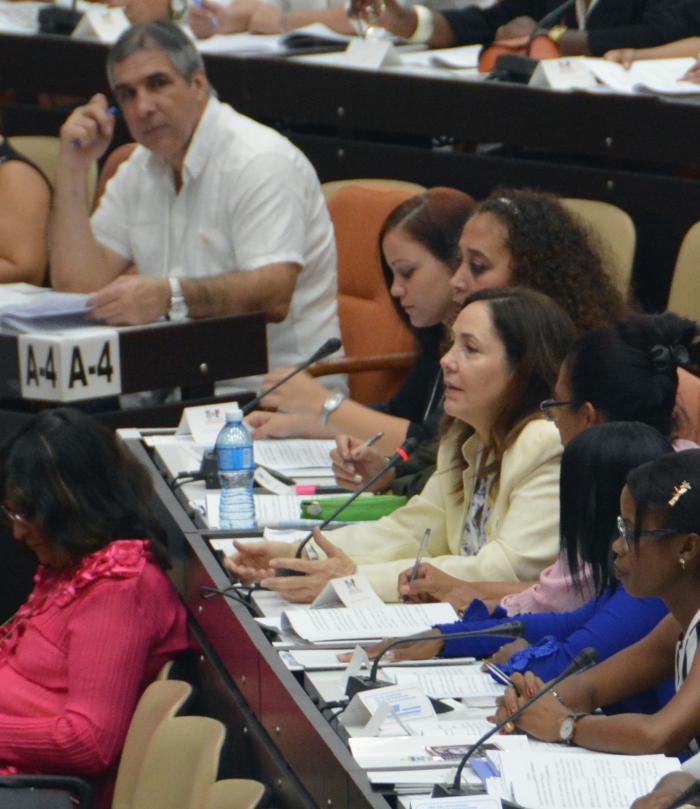 On the other hand, she stressed that Article 41 stipulates that the State works to create the necessary conditions to facilitate equality of citizenship and “the best way to say it is to do it”, she concluded.

For her part, the Secretary General of the Federation of Cuban Women, Teresa Amarelle Boué, commented that it is a step forward that it has been taken away that marriage is the consensual union between a man and a woman..

However, there is no mention of adoption in this Article, and this is an issue that should be left to the Family Code and that should govern what marriage and other issues will be like.

“No one can be discriminated against because of their orientation. All rights are for all people and it is up to couples who want to be mothers and fathers to decide,” said Teresa Amarelle.

On the subject, Homero Acosta commented that the concept of matrimony that has been changed has an impact on the continuation of the article because it has a vision of a single-parent family and the issues related to children have a different formulation in the article.

The issue of children is regulated in Articles 69, 70 and 72, which refer to a concept of the family. “In no way does it limit the obligation of parents, whatever marriage in which it is constituted,” he said.

Yolanda Ferrer, deputy for Pinar del Río, commented that marriage must rest on the absolute equality of the duties and rights of the spouses and the law must determine the way in which it is constituted. 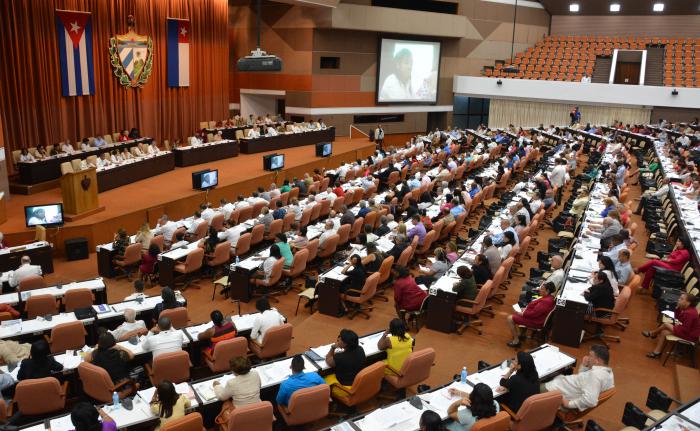 “We are taking a revolutionary and very important first step. There is no justification for depriving the happiness of forming a family. We have to face prejudice and make the justice we defend inclusive,” she said.

Speaking again, Deputy Mariela Castro Espín stated that “if we consider the reproductive issue, we must be consistent in giving these guarantees to all families”.

Miguel Barnet also commented that we are entering a new era. “This is a dialectical and modern Constitution, if tradition is to be broken, tradition must be broken, because breaking tradition is also a revolutionary act and under socialism there is no room for any kind of discrimination against humans. Love doesn’t have sex,” she said.

At the conclusion of the plenary debate on the subject, the deputies agreed to leave Article 68 as it stands and to include the terms “families” throughout the Constitution.

4 years ago GranmaLGBT, Women16
Manolo Núñez and the Fangio KidnappingA cool socialism (I)