Home From the Classroom…to the Presidency?

From the Classroom…to the Presidency?

From the Classroom…to the Presidency?

Today it will be decided whether Pedro Castillo’s irruption into Peru’s electoral landscape leaves more than its lessons. 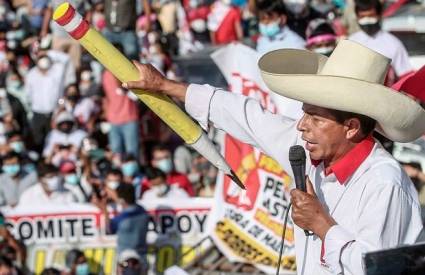 The pencil is the symbol of Peru Libre, which “the Professor” carries to seal his words in the large rallies that have accompanied him. “Word of a teacher”, he assures when he explains to the crowds. Author: Taken from Internet Published: 05/06/2021 | 08:01 pm

It could be said that, as Jair Bolsonaro in Brazil and Nayib Bukele in El Salvador were in their time, he is also an outsider: a man outside politics who is said to have formulated his candidacy as a presidential candidate on the same day that the registration period closed. On that date, he was accepted by Peru Libre. Today, Pedro Castillo has real possibilities of being elected president and of bringing about changes.

But only the primordial character in these matters relates him to those other candidates who, like him, came to the elections virtually outside the parties, when in the formal political sphere they were still little known: the distances between Castillo and those other outsiders of the region are enormous.

His formation as a very humble rural teacher in a remote locality of Puña, in Cajamarca, where he still lives and, recently, a social activism that placed him as leader of two popular mobilizations let him be seen -of course, from a distance- as a man with bullet-proof authenticity that he proclaims wearing the native hat of his homeland, and that he has shielded with his speech. It is the same hat he wore as a “comunero” and “rondero”, as they call in his country the peasants who stand guard to protect their region from the violent ones.

He speaks simply because he is simple; also, perhaps, because of that gift of explaining clearly that a teacher always has and, surely, so that those from below understand. And he “speaks well”, because in academic matters he is not an improvised: he studied Pedagogy at the University and also has a master’s degree in Educational Psychology.

By antagonism, these qualities gain weight when Pedro Castillo has in front of him, for the second electoral round that will decide the presidency of Peru this Sunday, a precocious candidate worn out as a political figure from so much climbing to the proscenium, on whom weighs repeated accusations of corruption and the 25-year prison sentence that her father Alberto Fujimori is serving for those and other sins. A candidate with a portfolio full of the same empty promises that only portend more of the same.

In spite of this, Keiko Fujimori is running for the third time for the first magistracy, and the polls say that she finished the campaign on the heels of her rival, although better positioned than when she started. 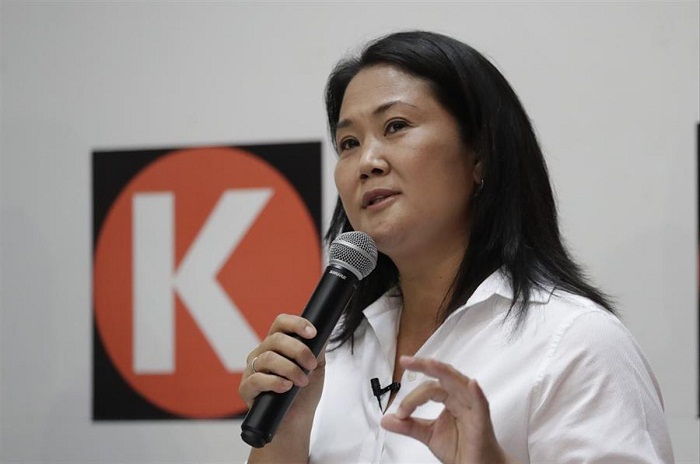 Keiko, the political heir of her father, Alberto Fujimori, would keep the neoliberal model intact. Hers could be a term of social and legal instability because there are legal cases against her. Photo: Reuters.

In the face of the right-wing candidate of Fuerza Peru and her deceitful speech, political “virginity” and, at the same time, the will for change of “the Professor” stands out, as Castillo is known with the respect that the teaching profession awakens, especially among the poor, because for them education is almost always something foreign.

When one examines his program, it may be thought that he gathers the sentiments of the dispossessed and, therefore, that he has been able to overcome the skepticism created by the accusations of corruption that persecuted six former presidents in the last 20 years, and for some of whom exercising the Government turned out to be a form of profit.

The disbelief that this provoked was visible in the almost 30 percent abstention rate and the 17 percent of invalid votes in the first round: altogether, a figure that placed these indices as real winners.

Previously, in November, non-conformity exploded through the resounding demonstrations provoked by the deposition in Congress of the penultimate former president, Martin Vizcarra, because the legislature had once again disregarded the laws and the people.

A cardinal aspect is that the aspirant of Peru Libre has included among his proposals the installation of a Constituent Assembly to draft a new constitution, a demand to which the radicalized demands of the street protests were directed.

Pedro Castillo has said that he will sponsor foreign investment, but “with order”, and has criticized that they take the money out of the country, for which he speaks of nationalizing the wealth, as well as the renegotiation of the tax stability contracts with the big companies. He has promised what he calls a “second agrarian reform”.

In addition, he proposes the universalization of the health system, the creation of the Ministry of Science and Technology “because Peru cannot be only a primary exporting country”, he has said on Twitter. He also proposes an increase of the budget for research in development and free entrance to higher education, as well as decentralizing public universities.

However, the first focus of his eventual government would be aimed at combating the pandemic, for which he has proposed, among other measures, the creation of a council composed of scientists, public health technicians and researchers, in order to design effective measures against Covid-19.

The polls
He was a man virtually unknown in Peru two months ago, until he was the most voted candidate in the other round with only 19 percent of the ballots. A surprise.

Now he seems a step away from victory. But the margins of difference with Keiko are so close that it is difficult to predict.

It could be said that the flood of endorsements has come to Castillo in a “natural” way if one takes into account the scarcity of resources of his campaign and the same austerity and relative youth of the party that welcomed him and launched him into the arena, and against the backdrop of dirty campaigns.

Peru Libre was founded in 2007 under the slogan “Force born of the people!”, with the declared purpose in its statutes of “the search for social justice expressed in the welfare of man as the highest aspiration, making Peruvian society more equitable, less exclusive and that all Peruvians have equal opportunities formerly denied, striving for development from each of the angles in which they act and develop”.

The right-wing insists on branding Castillo as a communist in order to close the way to him, re-editing an old fear that seemed to be buried with the era of McCarthyism.

As expected, the conservative media campaign has been furious against him and includes other accusations against the candidate and the leaders of Peru Libre, without discarding the lawfare chapter that could be the accusations of money laundering that are once again waved against the general secretary of the group, Vladimir Cerron, wielded this week in a hurry in the clear desire to disqualify the leftist candidate until the last minute, as in a final sprint.

Everything could be seen, a little superficially, in this way: those who want the status quo have closed ranks behind Keiko, even valuing that of “the lesser evil”, just to stop the opponent. The poor and those who want change are rallying behind Castillo.

Opinion polls show that she is stronger in the northern departments and cities; he has preeminence in the countryside and the central and southern regions.

Seven days ago, the latest polls showed the aspirant of Peru Libre in the lead, but only two points and tenths ahead of his rival, whom three weeks ago he was leading, however, by up to ten percentage points.

The resounding 51 percent that opinion polls showed for “the Professor” last Sunday, and the 48.8 percent registered by Fujimori, suggested a technical tie.

Whatever the result, the “news” was already carried by the surprising emergence of Pedro Castillo into political life. Even if he did not win, this could be his start as leader of the sectors that bet on a different Peru.