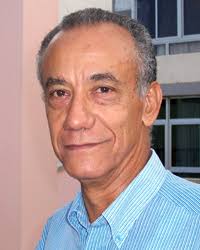 He majored in Law at the University of Havana in 1963. He graduated form several post graduate studies in Philosophy for 9 years. He was a Philosophy professor at the University of Havana, from 1963 to 1971, and Area Director and member of the University Council from 1966 to 1969. Since 1991 he is a “Professor Titular Adjunto” (Joint Senior Professor) of the University of Havana. He has graduated form numerous studies and post-graduate courses in diverse social disciplines. He has also taught numerous post graduate Philosophy and social courses in several institutions since 1966 until today. He has also given lectures in other post-graduate courses and taken part as a professor in the Seminar for Invited Investigators of the Ecumenical Department of Investigations of Costa Rica (1996) and in two courses at the Mothers of May Square Popular University in Buenos Aires (May-June 2000 and February 2001). He has also given lectures in numerous academic institutions in Cuba and of nineteen other countries.

He has been a Senior Researcher since 1985. He works at the “Juan Marinello” Cuban Culture Research and Development Center of the Ministry of Culture. He is President of the “Antonio Gramsci” Studies of that institution. Since 1964 he has carried out or participated in different social studies at the University of Havana (1971-73), the Western Europe Studies Center (1976-79) and the Study Center of America (1984-1996).He was also an Invited Investigator in the Center of Interdisciplinary Investigations in Humanities, of the National Autonomous University of Mexico (UNAM) in 1994. He is a collaborator of the Current World Problems Seminar of the Institute of Economic Investigations of UNAM, since 1990. He was a member of the Executive Committee of the Latin American Association of Sociology (ALAS) in 1997-1999, and member of the Ernesto Che Guevara Studies of FLACSO/Cuba and of the Mothers of May Square Popular University.

Since 1964 he has carried out or participated in research studies on multiple Cuban problems–social, economic, political, ideological, of thought–, and also on the historical process of the Cuban nation in general, and of the classes, races and other social groups in that process. For more than three decades he carried out investigations on a great number of Latin American topics for Cuban institutions, including: social movements, revolutionary and contra revolutionary wars, associations and religious thoughts, political parties, and situations of several countries. During 8 years he investigated the history and the contemporary processes in Nicaragua.

He was the Director of the theoretical monthly magazine “Pensamiento Crítico”  (Critical Thought)  (Havana, 1967-1971). He also directed the “Boletín Azúcar” (Sugar Bulletin), of the Cuban Sugar Ministry (1975-76). He is a member of the Councils of the magazines América Libre (Free America) (Latin American), Caminos (Roads) and Debates Americanos (American Debates) (Cuba), and of the Annual of the Fondazione Che Guevara (Italy). He has also been juror of numerous Social Studies Awards, both national and international, including the essays award of Casa de las Americas and the Cuban Union of Writers and Artists, and the National Prize of Social Sciences.

He won the Essays Award of Casa de las Americas in 1989. He is a member of the Cuban National Union of Writers and Artists and of the National Union of Historians; and member of honor of the Hermanos Saíz Association. He has the Order “For the national culture” (1996).

He is a joint author of eight books and author of chapters in others. He has published more than two hundred papers including essays and articles, in Cuba and in numerous countries.

5 years ago Translations65
A Brief History of TourismCuba’s options