The former president of Bolivia, Evo Morales, made this Tuesday, through his official Twitter account, a call to the international community to accompany the Bolivian people in the upcoming elections. 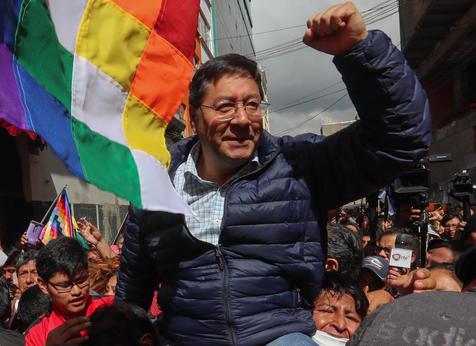 Thousands of people who support the Movement Towards Socialism joined to register the Arce-Choquehuanca binomial for the May 3 elections. Photo: ANSA

The former president of Bolivia, Evo Morales, made a call to the international community to accompany the Bolivian people in the upcoming elections through his official Twitter account on Tuesday.

Morales announced that the coup leaders will try to disqualify the candidates of the Movement Towards Socialism (MAS) before May 3rd. 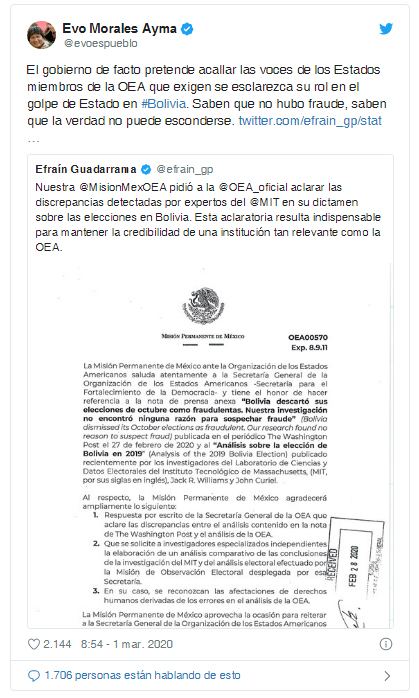 According to a survey released by the Bolivian TV channel ATB, MAS, which places former Economy Minister Luis Arce as a candidate for President and former Foreign Affairs Minister David Choquehuanca as Vice President, at a 32.6% voting intention.

Then comes Comunidad Ciudadana (cc), with 19.2%, which again presents Carlos Mesa as a candidate for President, and Gustavo Pedraza to be elected Vice President.

In the poll, the Juntos alliance also took a position, led by the self-proclaimed interim president, Jeanine Áñez, and Samuel Doria Medina, who accumulated 18.2%.

If these figures are repeated during the official vote, a second round of voting should be held. It is required that a candidate must have more than 50% of the votes or 40% with a 10-point lead over the runner-up to win directly.