Home Empty shelves in the U.S.?

Empty shelves in the U.S.?

Empty shelves in the U.S.?

The crisis caused by the pandemic is visible even in the country that sustains its abundance at the expense of the world. 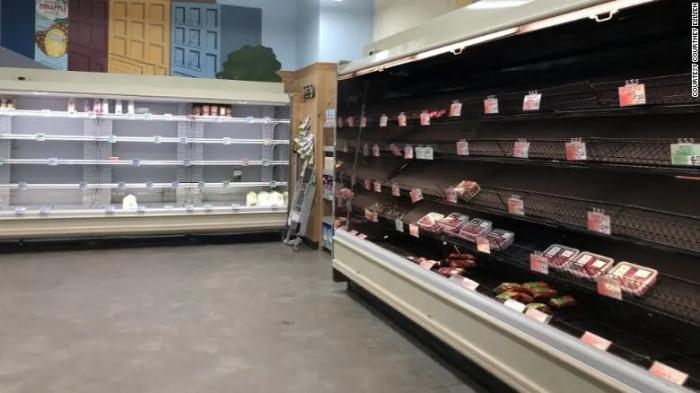 A news report, which seems unusual, is going around the world: CNN claims that there are shortages in supermarkets in the United States. It added that those who run the establishments do not see a solution in the short term, while “disgruntled” shoppers have given “vent to their frustration on social networks”.

Images of empty shelves at stores such as Trader Joe’s, Giant Foods and Publix astound those who still cannot believe the fact that there could be shortages in the land of consumerism.

According to CNN, the causes of the shortages are multiple. The two-year pandemic and the impact of the disease on the lack of personnel for functions such as transportation and logistics, which in turn affects the delivery of products and the restocking of stores.

The National Association of Grocery Stores indicates that many of its members have less than 50% of their workforce. Add to this a continuing shortage of truck drivers and record congestion at the ports.

$2.4 trillion was the value of U.S. imports in 2020, according to Statista. Demand for imported food products grew because it is cheaper to bring them in than to produce them. Consumption patterns that favor frozen and packaged products, which require a powerful industry for permanent supply, also play a role.

Due to the pandemic, import levels have decreased due to the impossibility of guaranteeing the transfer of goods from one country to another, and this affects the supply chain, to which is added the lack of suitable personnel to work, due to the increase of contagions within the country due to the circulation of the Omicron strain.

CNN reported that sick leave accounts for 60% of the total number of infections in the country, in addition to quarantine isolations and distancing protocols.

In addition to this situation, there are adverse weather conditions, with very low temperatures, as well as drought and fires that damaged crops such as wheat, corn, soybeans and coffee.

Today, in addition, the population is panicking about shortages and hoarding, which contributes to a further and rapid decrease in supply.

The increase in empty shelves and prices also poses a danger to Biden and the Democrats, as the Republican narrative exposes the ineffectiveness of the president, who promised, when he took office, to contain COVID-19 and economic dislocation for millions and millions of Americans. The crisis implied by the pandemic is visible even in the country that sustains its abundance at the expense of the world.