Home Does Biden Have What It Takes?

Does Biden Have What It Takes?

Does Joe Biden Have What it Takes to be the Democratic Presidential Candidate?

By Fernando M. García Bielsa
(Specialist in North American issues. He has published in Cubadebate and other Cuban and foreign websites.) 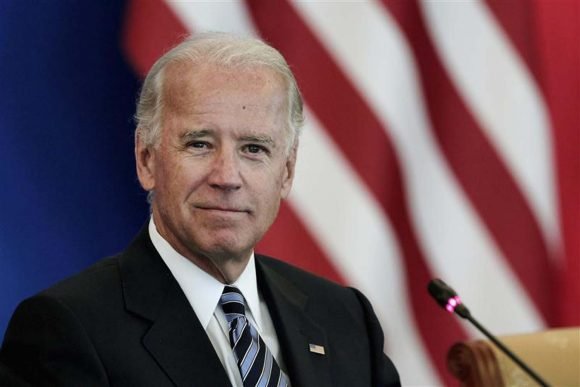 Former Vice President Joseph Biden has just officially announced that he is running for the Democratic Party’s nomination for the November 2020 presidential election in the United States.

Covered in a cloak of false moderate or center positions, Biden is willing to come to the rescue of the corporate political establishment at a time when, between the electorate and the base of that party, demands and positions of support for a popular agenda have Abecome predominant.

Joe Biden is of course the best-known figure at the national level – among more than fifteen other politicians who are in the running for the Democratic nomination – perhaps with the exception of social democrat Bernie Sanders, who was much admired after his successful grassroots campaign in 2016.

A few days ago, the NY Times reported that Democrats who are part of the “Stop Sanders” effort are distressed by the momentum of the effort. A headline in the Washington Post said, “Center Democrats fear that far-left positions will lead to defeat in 2020. So they are pushing for alternatives.

In addition to having a name that part of the public identifies, Biden adds other advantages such as the favor of the country’s political and financial elite. With it comes access to the coffers needed to wage a successful and costly electoral campaign, as well as the favor of the national machinery of the Democratic Party. Also, it is supposed, he would also be assured of favorable coverage by the big media and television networks.

However, this politician also has his disadvantages before a rather skeptical electorate with clear tendencies to reject the same elite of Washington and Wall Street and, in general, those who conduct politics in the U.S. capital, a trend that has become more marked in recent years.

Joe Biden is 76 years old; he has been a member of Congress for no less than 36 years and vice president of the country for another eight during the Obama Administration. He is undoubtedly the oldest and most skillful of those serving the country’s among those who have announced their presidential aspirations.

Although with an image of center positions, his alignment with corporate and financial interests is very broad. It has been part of the corresponding game with policies in favor of big business, banking, insurance companies and the unanimously-favored increase in military spending, financial deregulation, and so on.

Like almost all Democratic politicians and presidential hopefuls from the Clinton and Obama currents, which are the ones that have hegemony in the party, Biden has a good arrival and relations with established elites in the African-American sectors and the union world.This is not the same as saying that he has real acceptance or descent from the workers or the so-called black or Latino communities.

One should not underestimate the strong and already established attitude of rejection, mentioned above, which has shown a large part of the U.S. electorate has shown toward towards politicians and elites in general.

These are factors that conspire against Biden’s potential, even though he has the advantage of being close to the establishment, the holders of the money and the favor of the big media.

Another issue to consider is the apathy of voters, also a longstanding trend that particularly affects Democrats when counting votes. Part of the factors that led to the defeat of Hillary Clinton in 20l6 was that by forcing her nomination, favoring her with all kinds of manipulations, the structures and leadership of the Party, they frustrated the possibility of motivating and energizing its base, as independent Senator Bernie Sanders was doing.

It is considered that for this electoral cycle and in order to defeat the Republican candidate, who most likely is the current president Donald Trump, it will be necessary to mobilize and give new energy to the Democratic electorate and rescue part of the popular sectors that it took from them.

Although this is definitely a party of the system, it will have to moderate its neoliberal propensity to reconnect to some extent with its base, with the so-called middle classes, a good part of them workers, and with many people disappointed with politics, and with the neglect and deterioration of their living conditions.

That was part of what gave Trump in 2016 the opportunity to manipulate anger and deep dissatisfaction among Americans with the country’s dysfunctional political system. Particularly the games symbolized on Wall Street and in the federal capital, and by the disconnection of the political spheres from the common people.

Although with a less unpleasant figure than Hillary Clinton, the Democrats, with Joe Biden (who resembles her in many substantive respects), could run the risk of repeating her discouraging and failed campaign in the last election cycle.

Biden has a history of openly defending capitalism and an underhand evasion of class inequalities. A long record and sequel to his positions that could make him vulnerable to his opponents during the coming months of the campaign, and in the home stretch if he were nominated, a record that includes expressions of racist type, of marked support for war, of favoring the deregulation of the banks, etc.

Or the fact that he has shown himself to be harsh in the face of crime, even to the point of insensitivity, as when he said in a speech before the full Senate in 1993:

He is pointed out as a firm acolyte of the Military Industrial Complex. From his powerful position as chairman of the Senate Foreign Relations Committee in 2003, Biden provided political cover for the massive military attack on Iraq authorized by Republican President George Bush. Some have said he did more than any other Democratic senator to get the green light for the invasion.

The forgetful citizenry may only have a nebulous image of this personality whose name is familiar to them, but much is the burden and complexity of his political record. For Biden to get the Democratic presidential nomination next year, it will depend largely on how many voters in the primaries would or would not have known about the background of this consummate politician; how much of his actual record will come to the fore in the coming months.

Although it’s too early to say, and even considering that money and the big media will pull the embers into their frying pan, I estimate that, in the long run, the Democratic Party structures, to some extent pushed by the rank and file, will favor a “new face” from among the dozen or more presidential hopefuls who have already thrown their had in the the ring for the Democratic nomination at the national convention to be held in July next year in the city of Milwaukee, Wisconsin.

3 years ago CubaDebateJoe Biden0
In photos: Lina Ruz, Fidel and Raúl's motherThe Conga is Within Us