Home Diaz-Canel Could be the First

Diaz-Canel Could be the First

Diaz-Canel could be first Cuban president to speak of lesbian, gay, bisexual and trans people

The new president of the Council of State and Ministers, Miguel Mario Díaz-Canel Bermúdez would be able to be the first Cuban president to publicly recognize the lesbian, gay, bisexual, transgender and intersex (LGBTI) community. 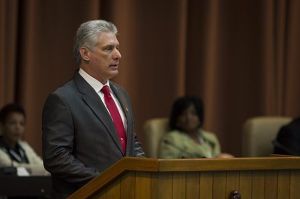 In his career, which we commented on extensively when he became the country’s first vice president in 2013, we can highlight facts such as the unconditional support he gave to the El Mejunje Cultural Center since he was a leader of the Communist Youth and later as the first secretary of the Party in Villa Clara.

Ramón Silverio, founder of this inclusive project, always highlights Diaz-Canel’s defense of the place, at a time when it was more difficult to do so, in the 1990s. “He always knew how to cope with the pressures of those who disagreed with the activities for the LGBT community, which were undoubtedly the ones that bothered me,” he told me that time. 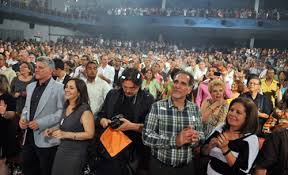 In the foreground of the photo, Díaz-Canel appears first from left to right, next to Mariela Castro Espín, at the 2013 Gala.

But perhaps the most significant event that demonstrated this new Cuban President’s understanding of the issues of diversity and sexual rights occurred during the debate on the Labor Code in December 2013.

As first vice-president, on that occasion, he recognized the political significance of the proposals made by Deputy Mariela Castro to add to the bill important issues such as non-discrimination based on gender identity, in addition to the explicit mention of sexual orientation that it already contained. 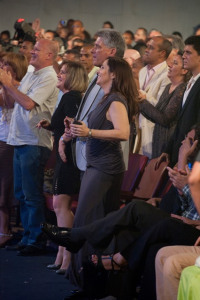 In mediating the controversy, Díaz-Canel also suggested that a parliamentary committee be charged with drafting a final version of the law that would take into account all the positions, in order to reach a consensus on the technical arguments, which were allegedly prejudiced, of some parliamentarians.

At that juncture, Diaz-Canel’s comments received the support of Army General Raúl Castro Ruz and the approval of Parliament, which finally allowed the new law to be endorsed by majority vote, which, unfortunately, would later enter into force without incorporating the term gender identity.

The close link the current president had with the entire intellectual and cultural sector in its broadest sense, with young people, creators, the work of the media and information and communication technologies, undoubtedly brought him even more information on the problem of discrimination based on homophobia and transphobia.

It will even be easier for Díaz-Canel to address any of these issues in official contexts, when appropriate and necessary, because we must not forget that Raúl would probably find it embarrassing to intervene or advocate in public for a cause that is not only further away from his training, sensitivity and knowledge, but that has also been led his own daughter Mariela for more than a decade.

It is quite possible that this crucial moment will come with regard to the debates that will have to take place in order to bring about the announced constitutional reform. To these very important purposes we will also have to add the necessary modernization in relation to such sensitive issues as the family and marriage, in order to implement the policies already approved by the Communist Party of Cuba through legislation.

The already imminent XI Cuban Day against Homophobia and Transphobia will be, then, a good opportunity to see the progress and obstacles that we still have to face in terms of accompaniment and political will, in this fight for non-discrimination based on sexual orientation and gender identity.

Who is Paquito el de Cuba?