Fifth Flight with Cubans Deported from Mexico Arrives in Havana 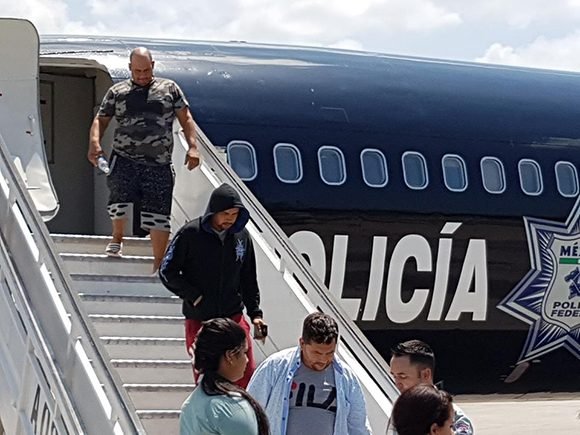 In less than a month, approximately 300 Cubans arrived on the island in five deported flights. Photo: Talia Gonzalez/ Facebook.

A new group of Cuban citizens deported from Mexico arrived in Havana on Wednesday as part of the migration agreements between the two countries.

The Mexican Federal Police aircraft landed at José Martí International Airport with people who had left the island legally, but became irregular migrants on their way to Mexico.

In less than a month, approximately 300 Cubans arrived on the island in five flights of the deported, many of them with anecdotes of vicissitudes and outrages suffered during their route through South and Central American countries bound for the United States.

As in previous cases, these human beings will return to their families after receiving the necessary attention, including health care, said immigration authorities, but said that those who left accounts pending with the legal system before leaving must face it.

The Cuban government took advantage of this situation to insist on its call for regular, orderly and safe emigration, in order to prevent people from becoming victims of criminal groups linked to human trafficking in the region.

The scenario has been complicated in recent months by the escalation in the aggressiveness of the U.S. government against the island, which includes the politicization of the flow of Cubans between both sides of the Florida Strait.

Recently, Washington reduced the period of validity of the B2 visa for Cubans from five years to three months, with only one entry, under the pretext of an alleged reciprocity with Cuba’s treatment of Americans.

Havana, through its Foreign Ministry, rejected the decision, describing it as ‘an additional obstacle to the exercise of the right of Cuban citizens to visit their relatives in that country’.

This measure adds to the closure of the services of the United States Consulate in Havana, to the unjustified interruption of the granting of visas to Cubans, forcing them to travel to third countries without any guarantee, and to the failure to comply with the visa quota established by the migratory agreements, he stressed. 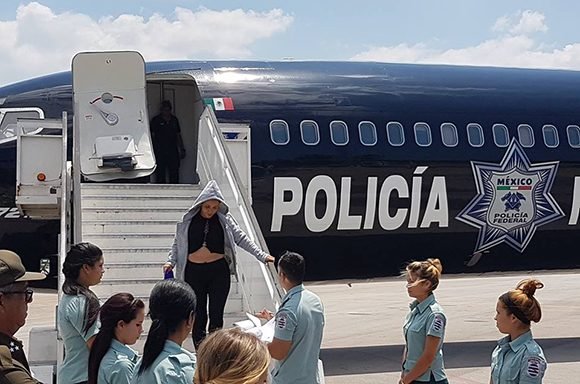 In less than a month, approximately 300 Cubans arrived on the island in five deported flights. Photo: Talia Gonzalez/ Facebook.

With information from Prensa Latina.