Cuba Updates on Violence Against Women

Cuba will review more than 50 laws, as soon as the commissions are created for each of them, to decide whether to create a comprehensive law to address violence against women or to include it in other laws, said Dr. Mariela Castro Espín, President of the National Center for Sex Education, in an interview with the Cubasí website.

By We Editor
internet@granma.cu
December 2, 2019 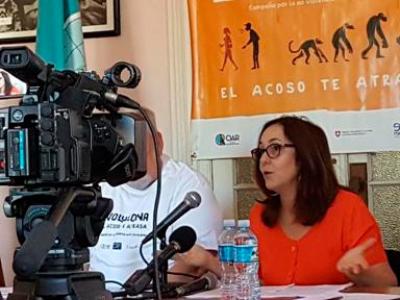 Cuba will review more than 50 laws, as soon as the commissions are created for each one of them, to decide whether to create a comprehensive law for the attention to violence against women or to include it in other laws, declared in an interview with the Cubasí portal Dr. Mariela Castro Espín, President of the National Center for Sexual Education (Cenesex).

Cenesex, in recent times, joins more institutions and organizations of civil society and the State to advance campaigns and concrete actions that help to take better the policy of protection to the woman to the legislative changes that arise from the constitutional change and that it has contemplated to attend this reality, pointed out the specialist.

Castro Espín pointed out that the Cuban State deals with this issue, as evidenced by the fact that during the 1st International Symposium against Gender-Based Violence, Sexual Tourism, Human Trafficking and Prostitution, it was agreed that within the National Program of Education and Sexual Health, the Program of attention to all forms of violence would be addressed.

“In September we submitted to the Ministry of Public Health the proposal for a comprehensive education policy on sexuality and sexual rights.

However, she denounced the fact that there are attacks to discredit our institutions. Specific people based on the distortion of her words and efforts on the issue “and begin unfair attacks, without foundation, with a deep ignorance and ignorance, which do not help us move forward on the issue,” she said.

She also denounced the fact that “There is a lot of money, especially from the United States government, towards five main evangelical churches, which are trying to sabotage many initiatives. They are using this term  gender ideology, which was created by a Catholic bishop in the 60s, precisely to discredit the international advances in the field of women’s rights and the thought of Marxist origin in relation to this issue. And our Revolution, as Fidel said, has the right to defend itself, it has the right to defend its social conquests, the rights that have been achieved in the Constitution and in the whole legislative system that is already being changed since the constitutional change”.

As a message to Cuban women, Mariela Castro sent the request that “we study, that we prepare ourselves well, because there are many people who fall into the traps of campaigns to discredit our efforts”.

She also called for not acting in isolation: “we have to unite, make alliances, because every time we make alliances and unite, we achieve effectiveness, we really achieve changes, so we do not play into the hands of the enemies of the Revolution, we unite among the organizations and institutions that are really working and that are open to all the ideas that are truly sincere and committed to revolutionary work.

In the middle of the National Day Against Violence Against Women and Girls, Mariela Castro Espín, about the origins of this social problem, said that it comes from centuries and has been expressed from a place of power. She also emphasized the role of the Catholic Church and how it has promoted nine centuries of persecution against women.

Today, she said, there are countries where women are totally enslaved and suffer greatly. Already in the 1970s, she explained, more specific terms emerged, such as femicide, which mainly alludes, from the work that Mexican anthropologist Marcela Lagarde has developed, to the irresponsibility and abandonment of the state in the face of the problem. There are studies that differentiate what is a homicide from a femicide and characterize them.

The director of CENESEX reminds us that the struggles for women’s rights around the world, the feminist movements, and women’s organizations linked to scientific study, have been contributing ways of thinking and acting on these issues, and proposals for laws have been emerging.
(With information from Cubasí)