Coronavirus, Another Act of Biological Terrorism?

“Isn’t it highly suspicious that the coronavirus has appeared in China and that Washington has introduced it to weaken what many already consider the world’s leading economic power over the hitherto evil empire led by Trump?”
—————————————————————————————- 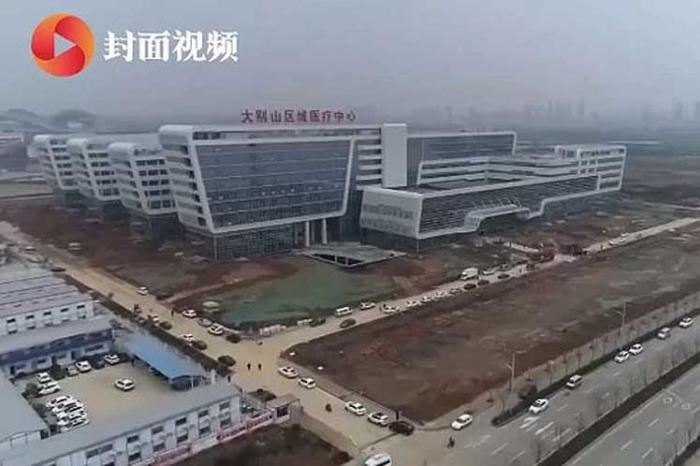 China faces the coronavirus responsibly and with its people., In the image the first hospital to care for the sick, built in just ten days, and the second hospital is already delivered for the same purpose. Photo: XINHUA

An article published in his personal blog by Spanish journalist Patricio Montesinos deals with the theory that the coronavirus could be a germ created in U.S. laboratories, as a bacteriological weapon of the commercial war unleashed by Washington against China.

According to the text reproduced in Rebelión, several recent statements by senior White House officials and an increasingly intense international media campaign against China, feed the hypothesis that the administration of President Donald Trump could be responsible for the epidemic that appeared in late December 2019, in the city of Wuhan.

Montesinos alludes to the January 31 statement by Commerce Secretary Wilbur Ross, who said, “The coronavirus outbreak that has infected thousands of people could boost the U.S. economy. But the senior official went further, saying that it “will help speed the return of jobs to America.

Ross’s statements followed those of Secretary of State Mike Pompeo, who in the midst of the world’s emergency for the disease identified China as a threat to international democratic principles.

In addition, the silence of the major media omits to mention the enormous efforts made by the Asian country’s authorities to control the spread of the epidemic. These include the construction, in record time, of two major hospitals to provide top-quality medical care to the sick and the search for effective drugs that can cure the disease.

In his article, the journalist states that although there have been attempts to hide it, the world knows well how successive U.S. administrations have resorted to biological warfare to overthrow governments considered to be adverse, and to unleash conflicts between nations and exterminate populations.

Fidel, one of the first targets

A look at what has happened in the world during the last 60 years allows us to say that few nations have suffered such varied forms of biological attacks as Cuba.

Perhaps one of the first alleged victims of that dark form of aggression was Commander-in-Chief Fidel Castro at the beginning of the Revolution. The Central Intelligence Agency (CIA) designed a plan to contaminate a diving suit that was supposed to be used by the Cuban leader.

Carefully infected with tuberculosis bacilli, the CIA wanted to use Fidel’s hospitality with James Donovan, a lawyer who was negotiating with the Cuban government to free the mercenaries captured in the invasion of Playa Giron, to deliver the suit to the Chief of the Revolution through him.

The macabre gift was not given by Donovan to his host and the versions that have come down to us suggest that he refused or sought a pretext to avoid becoming involved in the infamous act.

There were also attempts to inoculate microorganisms in tobacco that Fidel would smoke, in order to cause his emblematic beard to fall out.

After the failure of the invasion of Playa Girón, in 1962 the CIA, with the approval of the U.S. government, implemented the so-called Operation Mongoose. Included among its actions was the use of biological and chemical agents capable of destroying Cuban crops and incapacitating agricultural workers.

It was not by chance then that shortly afterward the pathogenic New Castle virus appeared in the fields of the largest of the Antilles and caused severe damage to the national poultry population by having to slaughter tens of thousands of birds.

According to what William Turner, former FBI agent, and the journalist Warren Hinckle, as stated in the book Lethal Secrets: The War of the CIA and the American Mafia against Fidel Castro and the assassination of John Fitzgerald Kennedy, the United States used bacteriological warfare in Cuba during the administration of Richard Nixon (1969-1974) and the CIA engaged the northern government in an undeclared and illegal secret war against Cuba. An example of this was the sudden emergence and rapid spread in 1971 of the first epidemic of African swine fever, whose control and eradication led to the elimination of more than half a million pigs.

On January 7, 1977, a cable from the U.S. agency UPI, dated in Washington, reported that an unidentified CIA source revealed that it had received a container containing the virus in early 1971 at Fort Guglick, a U.S. Army base in the Panama Canal zone. It was to be transferred in a fishing boat to agents in charge of operating clandestinely in Cuba.

Following the investigations made by a group of scientists of the National Center of Agricultural Health (Censa), directed by Dr. Rosa Elena Simeón Negrín, it was concluded that this specific germ of the pigs had been artificially adapted to be transported by means of birds. The specialists warned that this could only be achieved intentionally and with refined techniques of genetic engineering and biotechnology.

It was the first time that the aggressive disease had spread in the Western Hemisphere.

African swine fever reappeared in Cuba in 1979. On that occasion, it became known that the reinfection originated in the surroundings of the town of Caimanera, very close to the Naval Base, which illegally occupies Cuban territory in Guantánamo.

Other acts of bacteriological warfare suffered by the Cuban people between the 1970s and the 1990s. These included the deliberate introduction of the Blue Mould of tobacco (1971), which severely affected the production of such an important exportable product, Cane Rust (1978), whose devastating effect forced the dismantling of almost all the fields planted with the Barbados 4326 cane variety, which has high agricultural and industrial yields. Finally, the painful epidemic of dengue hemorrhagic fever (1981), which caused 158 deaths, 101 of them children, and the insect infestation Thrips palmer which devastated several crops.

During a trial held in New York City in 1984, the Cuban-born agent of the CIA Eduardo Arocena, declared in no uncertain terms that the mission of the group under his command was to obtain certain pathogenic germs and introduce them into Cuba.

The confession is recorded in the minutes on page 2189, file 2-fbi-ny 185-1009, but the prosecutor in charge of the process never ordered an investigation.

There is no evidence at this time that the coronavirus is part of a biological terrorist action by the United States, but the practice of that country and the statements of some of its highest officials leads journalist Patricio Montesinos in his thoughtful article to ask himself: “Isn’t it very suspicious that the coronavirus has appeared in China and that Washington has introduced it to weaken what many already consider the first economic power in the world, over and above the until now evil empire led by Trump?

More than 31,400 cases of coronavirus infection exist worldwide, according to a report yesterday from the World Health Organization (WHO), and of those more than 31,200 in China.

The outbreak is now in 25 countries and 638 people have died, of which only one was recorded outside the Asian giant.

No Latin American country is yet on the map of coronavirus distribution drawn up by the WHO, although an Argentine citizen traveling on a cruise ship held in Japan was found to be infected.

So far, Chinese doctors have saved 1,540 people, according to a report by the People’s Daily.

The People’s Daily reported that Chinese President Xi Jinping spoke by phone Friday with his U.S. counterpart, Donald Trump, asking for sanity in the international media atmosphere. Figures and data are deliberately presented there without contrast, which convey an image that the Asian nation is not doing enough to counteract the epidemic.

During the 146th session of the WHO Executive Board on February 4, Director-General Tedros Adhanom Ghebreyesus praised China for its strong action and speed in the fight.