Home Children and the Pied Piper

Children and the Pied Piper

Children and the Pied Piper of Hamelin 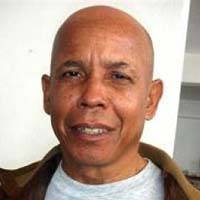 In an old legend, back in 1284, the city of Hamelin was infested with rats. A stranger appeared and proposed to free them from such undesirable company in exchange for a reward. The people accepted the deal, the man played a flute and brought out all the mice, who then followed the flutist, who took them to the Weiser River, where they drowned. Then the people refused to pay the reward. The flutist returned one day in June and, in an act of revenge, with the music of the flute he took all the children who came after him to a cave from from where they never returned.

Fables hide stories and symbols. Has the pied piper returned to look for the children? Today a strange “music” threatens to take them away and rob them of their innocence in one fell swoop.

From an early age they are subjected to adult language. They consume songs marked by high doses of sex, video games and audiovisuals that stimulate the culture of violence…. From the room where they play connected by Zapya one says happily: “I’ve already killed more than 30!».

Now some families prepare the girls for the mini-quinceaneras where they are dressed in clothes that are not proper for their age; as if their parents were saying to their children: “Fly, fly, it’s time for you to grow up!” On the other hand, a globalizing wave of brands and manufactured customs seduces them with omnipresent toys.

Faced with these realities, the family, school, society… have new cultural challenges. How can we educate our children today? You can’t answer with prescriptions. But it is not from the “pedagogy of the cry” or confusing children with the grass that grows alone. We cannot forget Martí’s warnings: “The street is guilty when it does not educate”.

Let’s encourage habit of reading and the ability to astonish. Since when do we not put our children to sleep by reading them a story? Or do we prefer that they sleep with their cell phones in their hands? Let us teach with all our strength the mystery of the poem The Two Miracles, from the Golden Age, where nature is saved by the kiss of a child to a butterfly.

Let us always return to our children the country of the wonders and powers of imagination, the one that my Saharawi brother Abdel Mayí taught me in a book of his culture and colonised country, a book called Tales under the Jaima.

The teacher came into the classroom threatening all the children: “You have two minutes to paint on your blackboards a bird and a tree; if you don’t do it in that time, I’ll kneel you down facing the wall, get to work! The children painted desperately. As the two minutes passed, the master struck a blow on the table. “Time’s up: raise your boards!” In all of them there was a tree and a bird, but a child at the end of the classroom had only one tree. The teacher prepared to give the punishment, and with rage asked, “Where is your bird? The boy, with his face full of magic elves, replied: “Teacher, when you hit the table, the bird was frightened and flew away”.

Let’s feed the children with the bird that always flies, with the music that beats the pied piper so that this time it leaves our children at home, and in our souls, a song with our childhood intact.