Home Censorship and freedom of expression

In 2017 first, and then in 2019, authors Tom Secker and Matthew Alford obtained declassified documents from the CIA, the U.S. Department of Defense, and the National Security Agency detailing the extent to which these institutions were involved in American film projects 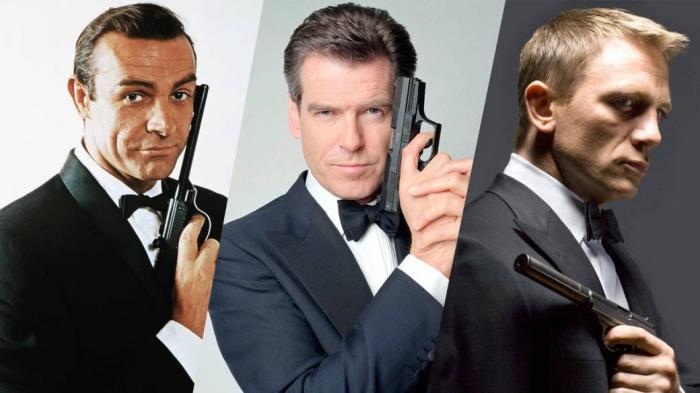 “There are themes that are not for laughs, neither are they for that school of filmmaking that brings Agent 007 to life.” Photo: Still from the Agent 007 films.

When James Bond producer Harry Saltzman seemed to be giving Costa-Gavras, after his first success, a blank check, saying: “What film do you want to make?”, he replied: The Human Condition, by André Malraux. The man cracked right there and then: “What? You need a lot of Chinese people, you can’t do that”, and closed the subject with a laugh.

Costa-Gavras confesses that at that time he was interested in films precisely about the human condition, about revolutions, daily struggles, the workers’ movement, the unions. At some point he worked on the project of making a feature film about Malraux himself, then deGaulle’s minister of culture.

There are subjects that are no laughing matter, nor are they for that school of filmmaking that gives life to agent 007. It’s risky to say the latter when thinking of Malraux, a man whose list of brave deeds, during the French Resistance and before, make him perfect legendary material for Ian Fleming’s literary creativity. However, I can’t imagine Bond writing something like The Human Condition. There is in the Anglo-Saxon character too much cheap philosophy, caricature of Nietzsche’s superman. Much less do I see Bond ending up being anyone’s minister of culture, no matter if it is the French warlord, or if it is Josef Stalin.

There is another more important reason that differentiates Malraux’s characters from Bond. The former seek with (futile?) desperation the simultaneous redemption and understanding of the sense of being in the face of the immeasurable anguish of having to kill. The latter assumes to his condition of existence a brute quality of polite murderer. It is known that originally the Bond character was to be a blunt weapon, lacking sophistication, with the mere function of murdering by the orders of another. That license to kill is really a license to carry out assassination orders and take the occasional macabre liberty.

The founding director of the CIA, Allen Dulles, was a friend of Ian Fleming. After the Bay of Pigs debacle, the agency sought in the fourth installment of the Agent 007 series of films, Thunderball (1965), a public relations operation to improve its image. It introduced a character, Felix Leiter, a CIA agent, as an empathetic character. The sympathetic agent, an employee of the agency promoting coups and political assassinations in so many parts of the world, lasts to this day.

In 2017 first, and then in 2019, authors Tom Secker and Matthew Alford obtained declassified documents from the CIA, the U.S. Department of Defense and the National Security Agency detailing the extent to which these institutions were involved in American film projects. The list totals 1,000 titles, including film and television material, and includes many of the most iconic products of American filmography.

According to Secker and Alford, in many cases, if there are “characters, scenes or dialogue that the Pentagon does not approve of, the filmmakers have to make changes to accommodate the military’s demands.” At the extreme, “producers have to sign contracts – production assistance agreements – that tie them to a version of the script approved by the military.” To make the reality even more interesting, in most cases, the agreements reached and the intervention of U.S. Government agents in a film product is confidential, protected by corresponding contracts. Not that they like it to be known out there that they are systemic censors, the public defenders of free speech: it is not a happy combination to support their employees or co-optees in other geographies as victims of censorship, and at the same time appear to cut scenes from films because the nuance is contrary to the imperial machinery.

In Goldeneye, Brosnan’s debut as Agent 007, an incompetent Yankee admiral who is killed by the bad guys, was not to the military’s liking; as a result, the unhappy character’s nationality was changed to Canadian and so appeared in the final product. In Tomorrow Never Dies, another installment of the British spy saga, some scenes were altered or deleted to please the uniformed censors. The CIA is more subtle (of course!), sometimes inserting its own employees in the writing of the scripts to avoid having to go under the knife later.

But beyond certain anecdotes, the involvement of imperial agencies is more systematic than cutting scenes or altering scripts. It is not just that “the idea of using film to blame mistakes on isolated, corrupt agents or bad apples, thereby avoiding any notion of systematic, institutional criminal responsibility, is straight out of the CIA and Pentagon manuals,” as Secker and Alford assert. The agencies of imperialism give made-in-U.S. entertainment an important role in their cultural warfare efforts at home and abroad. The envelope of their cultural hegemony is such that any attempt to limit the circulation of their productions in any country is quickly assailed as unacceptable censorship, totalitarianism and Orwellian action. Meanwhile, in the U.S., foreign film products have, in most cases, such a limited circulation that they are effectively invisible, let alone receive appreciable screen time for foreign materials depicting the imperial face of its foreign policy.

It is not, moreover, the more obvious, the more dangerous the subtlety. In many cases, most of the time, it is not a diabolical conspiracy to cajole the public. It is enough that the cultural material is an organic part of the symbolic reproduction of the system where it is produced. If the scriptwriter, the producer, the director and the director are imbued with the conviction of the cultural superiority of their society, there is no need for an obvious hand to force it, the colonizing instrumentalization of the product will occur without Orwellian interventions.

The Cuban obsession in the spy saga is marked in at least three films from three different periods. In the most recent era of the franchise, which began with Pierce Brosnan, one of the installments shows us scenes in a tropical Cuba with spy installations of absurd sophistication. Crowning the ridiculousness is having the womanizing hero have a sex exchange scene in a cliché beach house, not under the protection of air conditioning, but the flames of a fireplace, a perfect recipe for a steamy heart attack.

To reaffirm the obsession, the recently released last installation of agent 007, which ends the segment of Daniel Craig, who must be credited with having given the character new life with his acting quality, almost at the beginning has its Cuban scenes, in this case supposedly from Santiago de Cuba. Designed from the usual commonplaces when it comes to reflecting Cuba in the canned products of commercial cinematography. Who knows if someday we will find out about cut scenes and twisting of arms to the script by the efficient censors, paladins of freedom of expression as long as it is not about them. Maybe not, after all, those confidentiality contracts can be very persuasive.