By Yunier Javier Sifonte Díaz
Graduated in Journalism from the Central University “Marta Abreu” of Las Villas in 2016. Journalist from Telecubanacán.
October 25, 2018 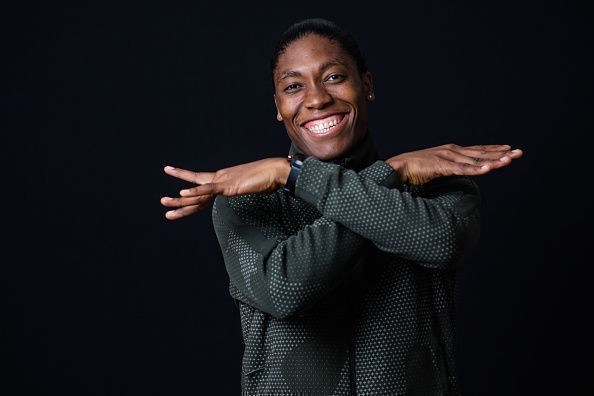 In 2009 Caster Semenya astonished everyone with her triumph at the World Athletics Championships. She was 18 years old at the time and crowned a season in which she dropped seven seconds to her best time in the 800m flat. In Berlin, the mark of the final took her to 13th place of all time and meant the widest margin of a champion compared to her rivals. However, as soon as she passed the finish line, accusations began to haunt her.

“She is a man,” said Italian runner Elisa Cusma, and as a powder the media replied. “Master Semenya is he or she,” said one of the Spanish newspapers accredited in the German capital on the front page. Meanwhile, another prestigious European newspaper began the day with “Semenya’s sexual ambiguity”. Above Usain Bolt’s three records, the news became the success of the tournament.

Then the IAAF demanded gender tests to confirm that she was a woman. There they discovered that the South African woman did not have a uterus or ovaries, but she did have internal testicles and testosterone levels three times above normal. Caster Semenya suffered from hyperandogenism. The results came out 21 days after the gold medal. And in the midst of the public debate about her sexual identity, many forgot that she was a teenager who never questioned her status as a woman.

This is confirmed by her family in Limpopo, South Africa’s northernmost province and the land where she was born in January 1991. “She played like all girls,” the grandmother said in an interview with the BBC, “but she also liked to run and always excelled at it. For many people, however, Semenya has a man’s back, voice and face, and looks different to the naked eye.

Amid the controversy, the IAAF required her to limit her blood testosterone levels to 10 nanomoles per liter (nmol/L), a decision that forced the athlete to take medication to control her body. However, she still repeated the universal title in 2011 and won the Olympics a year later, but so much time fighting herself in the end turned out to be too much.

In 2013 she didn’t even attend the World Cup and two seasons later she finished the semifinals in last place. Her career wasn’t so successful anymore… until another intersex runner raised her voice.

It was Dutee Chand, an Indian sprinter unable to attend the Commonwealth Games by refusing to limit testosterone values. After her complaint, the Court of Arbitration for Sport (CAS) considered that there was no evidence capable of demonstrating the advantage of athletes with hyperandrogenism.

The return to the elite 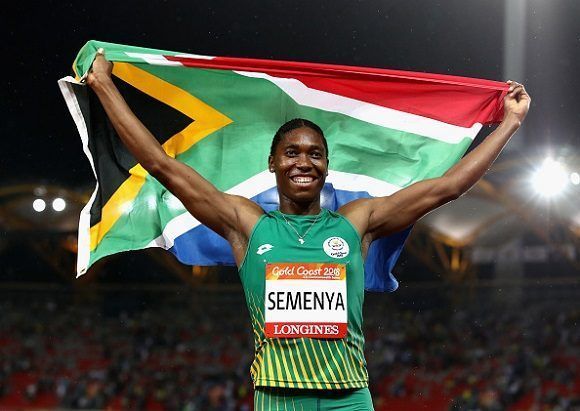 The South African is the best 800-meter flat runner of the last decade. Photo: Getty Images.

The verdict removed the fourth year of regulations and Caster Semenya once again displayed all her power in Rio de Janeiro, the London World Cup and the Diamond League stops. Step by step, the South African rose in the historic ranking, won her first medal in the 1500m and won several nominations for best athlete of the season. But on April 26 of this year another IAAF decision threatened his career again.

According to the athletics governing body, athletes with hyperandrogenism would be forced to reduce their testosterone levels to 5 nmol/L by November 1, 2018. Otherwise, their only option was to compete as men, move to tests such as long-distance races and pitches or participate in divisional events for intersex athletes.

To support its proposal, the IAAF released a study which states that no woman should record more than 5 nmol/L of testosterone, “but those with differences in sexual development can have very high levels, which extends to the normal male range and even beyond. It was the conclusion that TAS did not find in its first research.

According to the report, “a higher proportion of testosterone increases muscle mass by 4.4%, strength by 12-26%, and hemoglobin by 7.8%. Experts estimate that the advantage of having circulating testosterone levels in the normal range of men rather than in the normal female range is greater than 9%.

When the analysis came out, the South African relived the same shock that accompanied her after her gold medal in 2009. Nearly a decade later, just two years after the last pill to control her body, her name was back in the headlines again. Although the rule doesn’t mention her directly, her face became one of the most wanted. And this time, far from the Berlin teenager, she decided to stand up and face everyone.

“I just want to run naturally, the way I was born. It’s not fair to be told that I have to change. It’s not fair for people to question who I am. I’m Mokgadi Caster Semenya, I’m a woman and I’m fast,” he said just three months ago when he filed an appeal with the Court of Arbitration for Sport to stop the controversial decision.

The athlete’s lawyers argued that the measure “is discriminatory, irrational and unjustifiable,” and that it violates the Olympic Charter and human rights. The IAAF, for its part, maintains its argument about the need to “create categories of competition that guarantee the success determined by talent, dedication and hard work, instead of other factors that are not considered fair or significant, such as the enormous physical advantages that an adult has over a child, or a male athlete over a woman.

However, the news of the last days is in the announcement of postponing for five months the implementation of the rule, in order to wait for the verdict of the CAS and thus avoid the delay of the process initiated by Semenya affects other athletes involved. Now everyone is waiting for the result before March 26th. 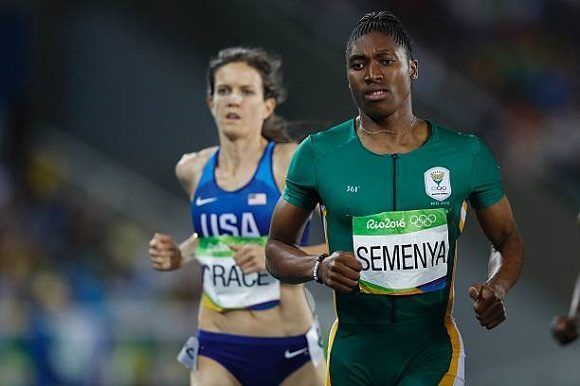 Many doubt the great advantages that the athlete takes in her competitions. Photo: Getty Images.

“Prolonging uncertainty for athletes seeking to compete next year and beyond is unfair, so we have reached an agreement with the claimants. We have agreed not to enforce regulations against anyone until the regulations are respected. In return, they have agreed not to prolong the process. All athletes need this situation resolved as quickly as possible,” said IAAF President Sebastian Coe.

Although the director claims to have full confidence “in the legal, scientific and ethical basis of the Regulations and therefore I hope that the Court of Arbitration for Sport will reject these challenges”, this delay means hope for Semenya and for the South African Athletics Association.

According to the Guardian, the president of the African body, Aleck Skhosana, the rules will have a “discriminatory effect on female athletes” and his duty lies in “protecting all female athletes, because the regulations marginalize certain female athletes on the basis of natural physical characteristics and/or sex.

And there lies the key to the whole affair. For Semenya, its lawyers and many of its defenders, it is unfair to proscribe a person with physical or genetic conditions different from the rest, but who was born this way and never took prohibited substances or underwent any medical treatment to achieve it.

“No one questions the strides of Usain Bolt, the wingspan of Michael Phelps or the cardiovascular system of the Spanish cyclist Miguel Indurain. There is no such rule among men,” they say.

For its part, although the IAAF study recognizes that in tests such as hammer throwing – a specialty dominated by European and white athletes – the excesses of testosterone in blood offer an even greater advantage, the rule does not apply to those throwers. Many then question whether there is also discrimination on the basis of skin colour or geographical origin.

“It is always worrying, as a matter of law, when policies seem to be aimed at limiting the participation of a small group of people,” Suzanne Goldberg, director of Columbia University’s Center for Gender and Sexuality Law, told AFP. Her statements, along with those of the Women’s Sports Foundation and the organizers of the prestigious Wilma Rudolph Courage Award, shed light on an issue that does not yet have a clear end.

If CAS rejects the South African runner’s arguments and ultimately applies the decision, she must limit her testosterone or consider the option of climbing to 5,000 or 10,000 flat meters, tests where for now the rule is not effective. Meanwhile, if she wins the legal battle, it is almost certain that the world will continue to see the strides and master races of a girl who for a long time has struggled not to lose her essence as a woman.

4 years ago CubaDebate, Translationsgender, Women3
Youth and Beauty At All Costs?MDC Birthday Greeting to Daniel Ortega