These are packages of butter. Having been in Cuba for two months, I have not found a single pad of butter in any of the stores where I have visited. Then, one day, all of a sudden, a young woman showed up at the 19th and B agro market with a box in which she was selling these packages of butter.

They are obviously stolen from wherever they were stored or manufactured. They were being sold for $1 a half pound, a little bit more than half the price you would pay in a store, if you could find it in a store, which most of the time, you can’t.

The sale of such stolen commodities is very widespread, and in more or less any such market, people will approach you quite openly asking if you want to buy potatoes, eggs, lobster, shrimp, and, occasionally, beef.

Friendly foreign visitors, like myself, like to use it the euphemism “informal sector” to refer to this phenomenon. Cubans, on the other hand simply refer to this as the black market (la bolsa negra).

Of course, there are no licenses, for selling stolen goods. 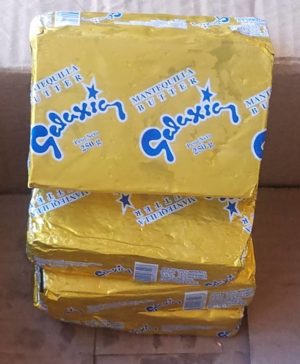 3 years ago Cuban Chronicles0
Garlic: Peeled, packaged and readyIran has grown in resistance