Bullying ascribes to its victim negative stereotypes, whether based on gender, sexual identity, religion, family economic capacity, cultural differences, place of birth or residence, among others 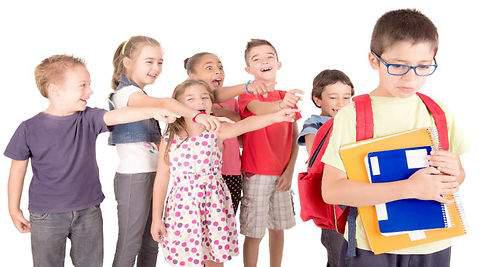 It’s a continuous form of violence that takes place at school – although it usually reaches the residence, entertainment and leisure spaces of the participants. It’s in which one or several aggressors are determined to cause damage (physical, psychological or spiritual) to one or several victims. It can include verbal (direct or indirect), physical (more or less disguised), mockery, continuous devaluation and other degrading practices, isolation and ostracism.

It is based on an abuse of power by the aggressor, the passivity, silence or little reaction of the rest of the group and the weakness of the aggressor. Such a scheme subverts any teaching about values of equality, solidarity and justice, generates dysfunctionality among peers and often makes reveals problems of domestic violence or family isolation, both in aggressors and in victims.

Bullying assigns its victim with negative stereotypes, be it on the basis of gender, sexual identity, religion, family economic capacity, cultural differences, place of birth or residence, among others. In addition to breaking bonds of solidarity, bullying can have destructive effects and cause profound (low self-esteem, depression or other disorders) and long-term damage to those who suffer it and in extreme cases lead to self-harm (including suicide) or physical assault on the abuser.

The contemporary development of communications online and the easy access to these in a widespread way, has given rise to the emergence of a new variety of school bullying, in this case through the Internet, cell phones and social networks.