Home Bolivia – Report “Finds Out” What We All Knew

Bolivia – Report “Finds Out” What We All Knew

Report “Finds Out” What We All Knew: There Was No Fraud in the Elections Won by Evo Morales

Electoral integrity specialists Jack Williams and John Curiel of the MIT (Election Data and Science Lab), concluded that “there is no statistical evidence of fraud” in Bolivia, as denounced at the time by the OAS. 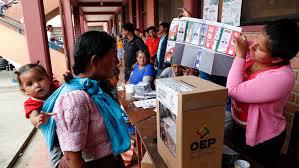 The Washington Post on Thursday published an analysis by electoral integrity specialists Jack Williams and John Curiel of the MIT (Election Data and Science Lab), which concludes that “there is no statistical evidence of fraud” in Bolivia, as the Organization of American States (OAS) denounced at the time.

“On the contrary, it is highly probable that Evo Morales passed the ten percentage point mark in the first round,” the report states.

After the results of the MIT investigation were published, Evo Morales declared from his Twitter account that this is “one more evidence of the monumental theft that Mesa, Áñez, Camacho and Almagro did to all Bolivians.

According to The Washington Post, specialists Jack Williams and John Curiel indicated that according to their studies and the results that were released in preliminary form by the Bolivian Electoral Tribunal, the Movement towards Socialism party (MAS) would have obtained at least 10.49 percentage points more than the opposition candidate Carlos Mesa.

Mexico announced that it will demand that the OAS “clarify and explain the deficiencies in its report. In this sense, a third party will be formally requested to carry out a comparison of both studies and elucidate the discrepancies.