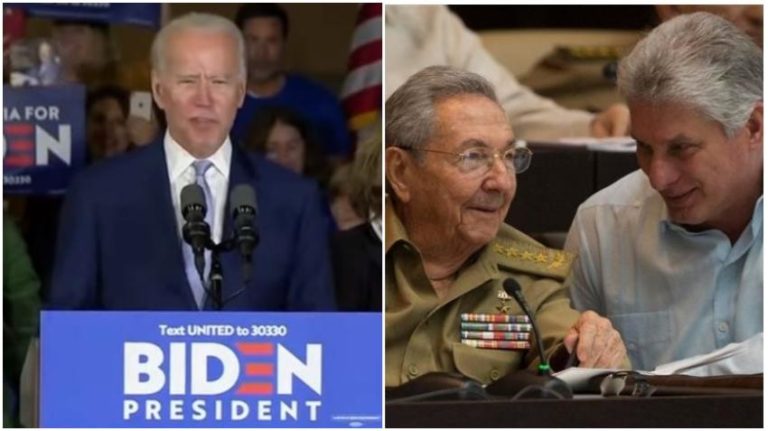 For stating that: “If I won the elections, I would take up Barack Obama’s policy towards Cuba…”, Joe Biden, candidate for the presidency of the United States, does not need any more to settle the doubts regarding the government and the Cuban people.

Giving continuity to Obama’s Cuban policy expresses the will for détente that would configure a platform to bring positions closer, define agendas and propitiate a climate from which it is possible to advance, not only towards what Cuba wanted, but also towards what Barack Obama preferred. He considered the policy followed by the previous administrations obsolete, including the blockade that, according to his creed, instead of isolating Cuba, isolated the United States”.

Obama was neither a friend nor an ally of Cuba, but rather a president of the United States who, saving the asymmetries and the historical disagreement initiated by the Platt Amendment, as well as the insurmountable ideological differences derived both from the anti-communism in force in US policy and the aggressiveness in the face of the Revolution, worked to replace the hostility between the United States and Cuba with neighborliness.

Nobody discovers anything new when they observe that, as the political head of the empire, Obama would like a change in the orientation of Cuban policy, for which he set up premises, different from the aggressive policies of his predecessors. Obama chose options that were closer to the battle of ideas preferred by Cuba. Obviously, there are also Cubans who would applaud a socialist United States, but that does not mean that they would make such a commitment a political objective.

Whatever may be said, Barack Obama was the only US president who, in the 118 years of Cuba’s republican history, spoke with the national authorities on bilateral issues on an equal footing. He did this without prior conditions, without demands and without meanness, which had been a hope of the Cubans and a brilliant conquest of the Revolution. Besides, he is the only one who visited the Island and fraternally talked to the people and the authorities.

Raúl Castro, who added political sagacity and diplomatic skill to his firmness in the defense of national sovereignty and socialist principles, saw the moment when an opportunity opened up and, with integrity and flexibility, took advantage of it. He took steps towards meeting the political coherence of Barack Obama, reaching a common ground on which it was possible to understand each other and move forward until diplomatic relations were re-established.

The flexibility and political stature allowed both to understand that: differences do not prevent civilized coexistence. From Biden, I expect nothing else… I hope he wins. See you there.