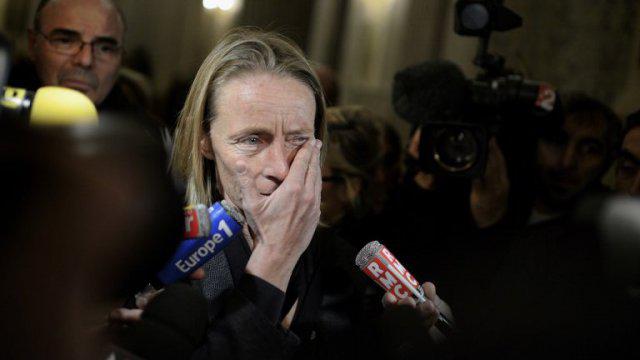 135/5000 Years have passed after the rape, and even the former French tennis player Isabelle Demongeot cries when she talks about the fact. Photo: crhoy.c

Excessive ambition for success, fear, deceit, and contempt for human dignity spice up a contemptible practice that is now, belatedly, being punished by justice in the international arena of sport.

Sexual abuse carries enough dynamite to exploit a young man’s sporting career and traumatize him for life. The world, despite being aware of the damage, has been slow to react to these excesses and, in many countries, the desire to win is predominant in the mentality of the clubs, which silence the voices of protest inorder to avoid condemnation.

The seriousness of sexual abuse against children and adolescents from the very moment they embrace a sport exhibits painful edges, since the athlete becomes totally dependent on the designs of the coach, by exerting an influence in many cases greater than that of his parents.

The shameless take advantage of the privilege that this close relationship gives them, even when they simulate a caress accompanied by the phrase “I am the one who will lead you to victory”, creating a smokescreen that makes their pupils – who are also afraid to see their future cut short – hesitate to report having been victims of harassment.

Will they believe me or not if I go public? In this dilemma, time passes for the athlete who was subjected to such a punishment, as happened to the French athlete Isabelle Demongeot, raped by her mentor Regis de Camarat, whom she denounced when the facts had already come out, although the man was sentenced to ten years in prison for acting in the same way with two other students.

Sexual abuse does not discriminate against sports. The same thing happened to some 20 footballers in Great Britain who decided to bring to light the aggressions of coaches and headhunters, testimonies with which they accused their clubs of closing their eyes to the felonies for not seeing their successes annulled.

The 175-year prison sentence and trial of Dr. Larry Nassar, who is responsible for the health of the U.S. gymnastics team, was the biggest sex scandal in the history of world sports and was the spark that sparked a reaction in many countries.

As in most of these cases, in August 2016 the former gymnast Rachel Denhollander, and later the Olympic medalist in the same discipline, Jamie Dantzscher, took the initiative and exposed the predator Nassar.

Influenced or not by what is known about the case in the United States, on Wednesday Gerardo Werthein, president of the Argentine Olympic Committee (COA), asked to denounce sexual abuse before the courts.

“It’s a really severe issue and one that attacks sport in the world. I tell my fellow leaders not to keep things under the rug, to take responsibility,” said a concerned Werthein, who is also the head of the Organizing Committee for the 2018 Buenos Aires Youth Olympic Games.

On April 3, the COA brought to justice a coach from the national teams of the Argentine Gymnastics Confederation, a sexual abuser of some athletes in the 1990s.

Earlier this week, Granma published the decision by Australian sporting authorities to stop the infamous practice of abusing athletes, a report that revealed that in 2012, an investigation revealed that more than 4,000 government institutions (including 344 sports institutions) had been charged with child sexual abuse.

It does not matter whether or not the Nassar case was the trigger for justice in the world. Hopefully, the number of countries on the same path will grow, because the planet and the international sports movement will be hurt by doping, the theft of talent from poor nations and commercialisation. Fighting back, better late than never.