Beijing surprises at first sight, but it is essential to descend from the skyscrapers to the catacombs of the Chinese ancestors to understand why in this city, located from the Havana prism on the hidden face of the moon, even the humblest of its inhabitants speaks with optimism of the future. 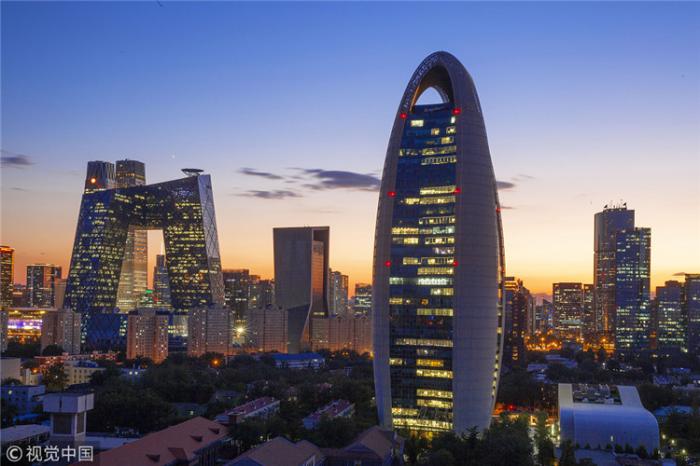 Beijing looks like the city of the future. The first lights of the day on this side of the world – which lives 12 hours ahead of the Island – first stumble upon the skyscrapers of the city. In days of little pollution, it is a spectacle of yellow lights reflected in the crystals of the jungle of buildings that appears in front of the window of any neighbor of the Chaoyang district, located in the heart of the capital of the most populous country in the world.

Amidst the vertigo of architecture, there is space to remember Havana. Every morning, as on the Island, the parks are filled with people of all ages, taking advantage of the sun on cold days, or the cool in the heat; to walk their pets, play cards, buy fruit or sweets from street vendors who settle in the surroundings, or exercise with  traditional Tai Chi, the martial art that many Cubans practice today, mainly in old age.

Although there are similarities between the Island and Beijing, the colors of the Caribbean and the smell of the sea are much missed. The tones of this city are mostly gray. The smoke caused by the pollution of nearby industries means that only a few times, after the dawn, one sees the blue of the sky or the sun.

It seems that the city floats within a thick cloud.

But Beijing attracts in other ways: the subway, always punctual, that connects in a few minutes each end of the city of more than 24 million inhabitants -more than twice as many as in all of Cuba-; the smells and flavors and variety of its food, despite being so different from that of Cuban cuisine; the way in which the skyscrapers coexist with the pagodas of imperial times, 5,000 years ago, a pattern that follows with certain fidelity the architecture of Havana’s Chinatown, on the backs of the Capitolio.

The hard-working and noble spirit of its people caught Fidel’s attention in 1995 and 24 years later, these traits remain intact. They are always seen in some activity: on scaffolding, watering trees on equipment prepared for it, when there has been much lack of rain, loading cement in the vicinity of a building under construction…

Nothing is as important to the Chinese people as their history and millennial traditions; and the Qingming Festival or Day of Sweeping the Tombs, held every April 5, is proof of that. This national holiday is very reminiscent of the Day of the Dead in Mexico. Millions of Chinese visit the country’s cemeteries to pay tribute to their ancestors.

On that day they clean the tombs and adorn them with flowers, make offerings of food or money with fictitious bills created for the occasion that are burned next to the tombs to reach the beyond. The legendary hero and the humblest ancestor of a family matter.

Babaoshang, an ancient temple transformed into a cemetery after the Empire became a Republic west of Beijing, overflowed with flowers that day. There is such variety and color in the parade that tulips, peonies, orchids and chrysanthemums seem to come out of a painter’s palette. The country of the future is also a nation that does not forget, and this is perhaps the key, the yin and yang of Chinese power.

If 5,000 years ago his people discovered the compass, paper, silk, porcelain…, today it follows in the wake of another important transformation. In a quarter of a century, it became the second [largest] economy of the planet and is a reference for the world in the development of artificial intelligence, space exploration, the invention of initiatives to curb pollution of the environment.

Beijing surprises at first sight, but it is essential to descend from the skyscrapers to the catacombs of the Chinese ancestors to understand why in this city, located from the Havana prism on the dark side of the moon, even the humblest of its inhabitants speaks with optimism of the future.