Home Bebo Valdes is Of Cuba

Bebo Valdes is Of Cuba

Bebo Valdés is Of Cuba

It cannot be otherwise for the one who played a very important role in the crystallization of the orchestral style with which vernacular music reached its purest expression around the middle of the last century. 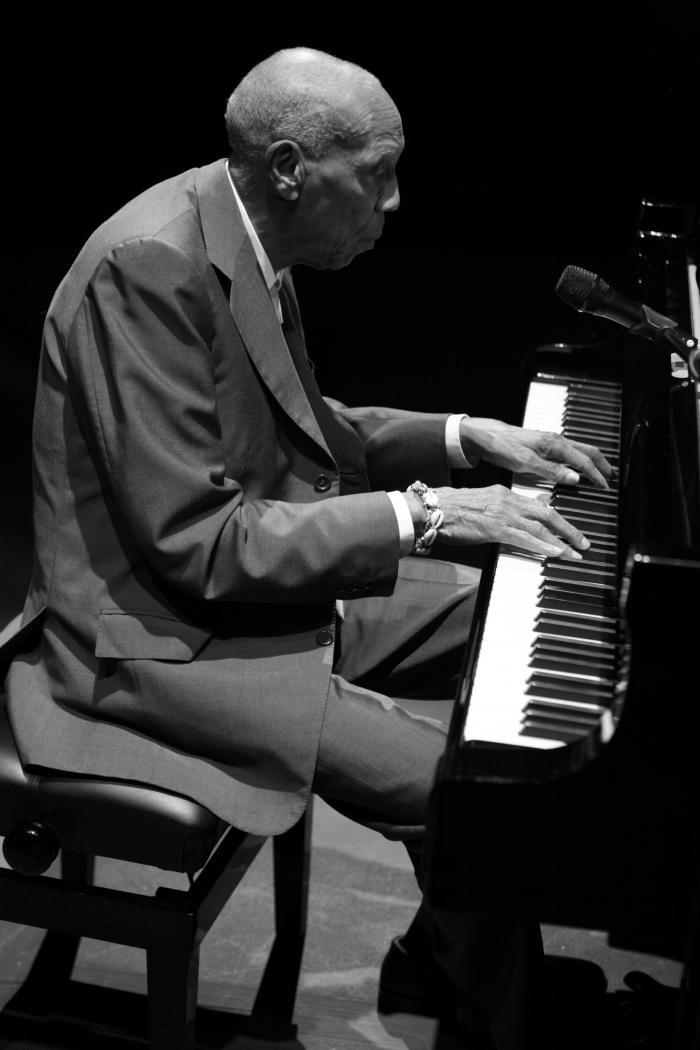 It cannot be otherwise for the one who played a very important role in the crystallization of the orchestral style with which popular music reached its purest expression around the middle of the last century.

Ramón Emilio Valdés Amaro is from Cuba. Not even the decades in which he lived far away, first in Sweden and later in Spain, did he cease to be ours or to promote Cuban music. One hundred years after his birth on October 9, 1918 in Quivicán, Bebo Valdés is from Cuba.

It cannot be otherwise for those who played a very important role in the crystallization of the orchestral style with which popular music reached its purest expression around the middle of the last century. At the same time, he contributed substantial values to the development of the Cuban descarga [jam session], the most imaginative and endearing variant of the criollization of jazz.

Between Dámaso Pérez Prado, Chico O’ Farrill and Armando Romeu, plus Benny Moré’s genius as a free and unique electron. Without any academic training, he molded a band tailored to his desires. Bebo occupies a place to which, time and time again, it will be necessary to return to find the keys to the height reached by insular music and its continental projection in the 1950s.

Bebo’s trademark was the Sabor de Cuba orchestra, with which he worked on the Tropicana cabaret, alternating with that of Armando Romeu, between 1949 and 1957; They recorded memorable sessions, as well as accompanying leading Cuban and foreign figures, including Rita Montaner and Nat King Cole.

In 1952, he created the batanga rhythm, whose renovating approaches were not deciphered by the record and entertainment industry, but whose traces became a reference for much of what has happened since then in the evolution of both Cuban jazz and timba. By the way, the initial recordings of the new rhythm included Benny Moré, who had just returned from Mexico and had not yet assembled his portentous giant band.

He ended up in Mexico in 1960, where he collaborated for a while with Chilean Lucho Gatica, whom he knew from Havana. Then he settled in Europe. He left his family behind and founded another in Sweden. He never understood the changes that took place in his native country. But not even in the days of making a living in Swedish restaurants and discos did he stop thinking about music in Cuban terms. So much so that, at age 76, as someone said, he reinvented himself when he was called to record in New York.

That’s the Bebo who begins to ride again, in the airs of Latin jazz, albums like Bebo Rides Again, and movies like Calle 54, his fabulous union with singer Diego el Cigala and the reunion with his son Chucho Valdés in the album Juntos Para Siempre.

But I would like to point out what researcher Rosa Marquetti has said: “It would be a capital mistake to reduce the importance of Bebo Valdés in Cuban music, to the international boom that reached its revival with the album Lágrimas Negras (Black Tears). In any case, his world recognition achieved in the last decade of the twentieth century was a deserved culmination of a career that crosses a century and more in Cuban music.

He has his own outstanding place among the best orchestra conductors, composers and pianists of transcendence, and is one of the most creative arrangers in the entire history of our music.

That is the Bebo who, in his centennial year, I would like to remember, and that, without a doubt, over and above the anecdotal, legitimately belongs to us.