Home With Suitcases at The Airport

Here I am at the airport. Over a two months nap over a two-month span, I accumulate a massive quantity of books. If there’s any space left beyond the books, and the Cuban coffee that I purchase, I sometimes by a few little touristy things to drop my last few see you sees into the Cuban economy.

And I am still amazed, as I think about it, that with one suitcase entirely filled with books and others including books and Cuban coffee and those lovely little small coffee cups that we drink are Cuban coffee in, that I paid no overweight, for the very first time in my memory. I think I will always fly American because they give you two checked bags. Getting in here, and going through airport security, was a snap they were just as thorough as anywhere else but it was very easy and the security people were very polite.

I cannot resist pointing this out, and it’s true in many other Cuban installations as well, that these security officials, the female ones, often wear skirts that measure as much as 8 to 10 INCHES above the knee. 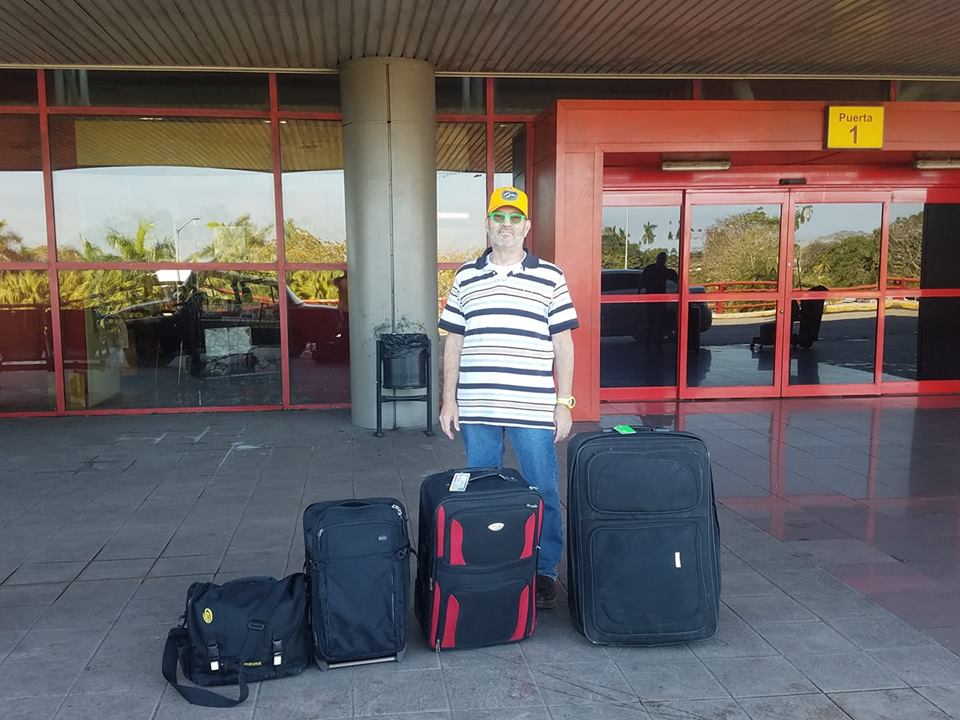