By Iroel Sanchez
Cuban engineer and journalist. He works in the Office for the Informatization of Cuban Society. He was President of the Cuban Institute of the Book. On twitter @iroelsanchez

Cuba imports apples that are sold in the domestic market. Photo: Archive

Some time ago, in an article titled “Against the third blockade,” [published 2014]I spoke of the fledgling oligarchs who already control food distribution networks in Cuba, this Friday, I had the opportunity to see them act. It was as a result of the sale of apples in the La Puntilla de Primera y “O” store, in the Havana neighborhood of Miramar.

Organized almost militarily and faced with the complicit indifference of the employees, a platoon of strong young men appeared – a good part of them “in uniform” with clothes bearing the U.S. flag – who, in a few minutes, bought 15,000 apples (150 boxes of 100). Using the pallets and wheelbarrows of the store, they arranged to take them out, using transportation from the CIMEX corporation itself, which the head of the group, [acting] with total authority, insistently demanded from a cell phone and a luxurious and modern black car with a private-car’s license plate.

When asked how this was possible, a store employee replied: “We can’t do anything”. An empty “information desk”, but [only] with a sign with the telephone numbers of “Customer Service” of the Panamerican chain of stores. When calling, at first they do not answer and after insisting several times they say that they already knew about the situation were taking care of it.

But in one hour, despite the promise of the only employee who tried to give an explanation: that the manager of the complex was on his way, he never arrived. Remember, the central office of the Corporation is a few meters from the store in a building named Sierra Maestra (!!!!). The calm with which the “platoon” acted suggested their conviction of their impunity.

I know that before this publication the company will try some answer, maybe there will be explanations and some disciplinary measure but let’s transcend the anecdote that surely told daily and get to the bottom. Let’s not collect more water with baskets:

A store that not long ago caught fire, was completely rebuilt, with cameras, guards, brand new cash registers and expensive security devices, for whose benefit? Imports with scarce foreign currency, for whose benefit? It is impossible not to remember what our colleague Javier Gómez Sánchez told us about how the same “uniform” prevails in the wardrobe of nationals who vacation in hotels in Varadero.

It is all very well for the press and prosecutors to go to the construction material stores, but they must follow the trail to the mansions that have been built with them, such as those on the road to Marbella, sorry, I meant Belllamar, in Matanzas. Marbella, in Spain, is where the oligarchs who ransacked post-Soviet Russia erected their residences. 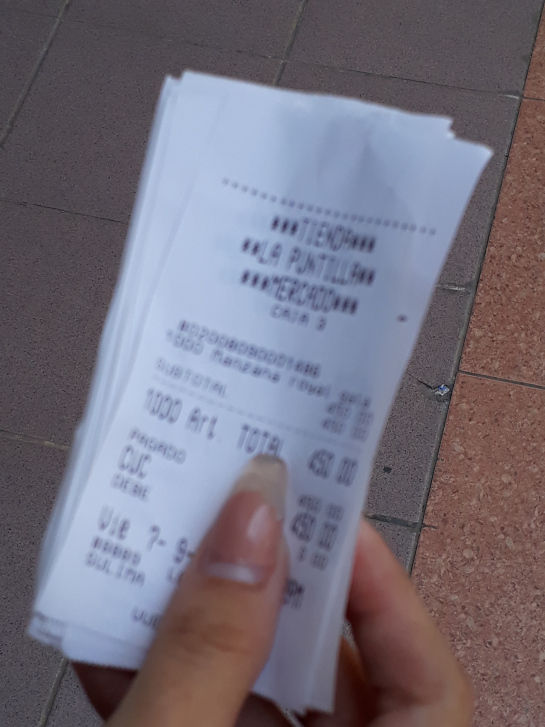 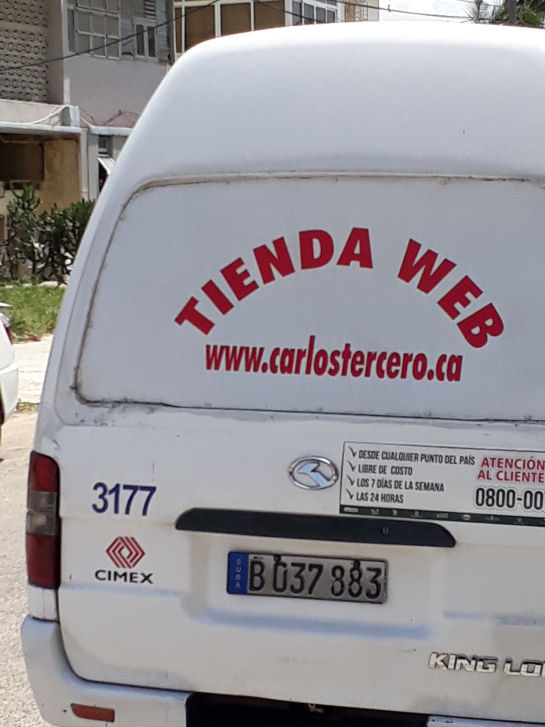 State vehicle of the CIMEX corporation, plate B037883, in which they moved part of the hoarded merchandise.