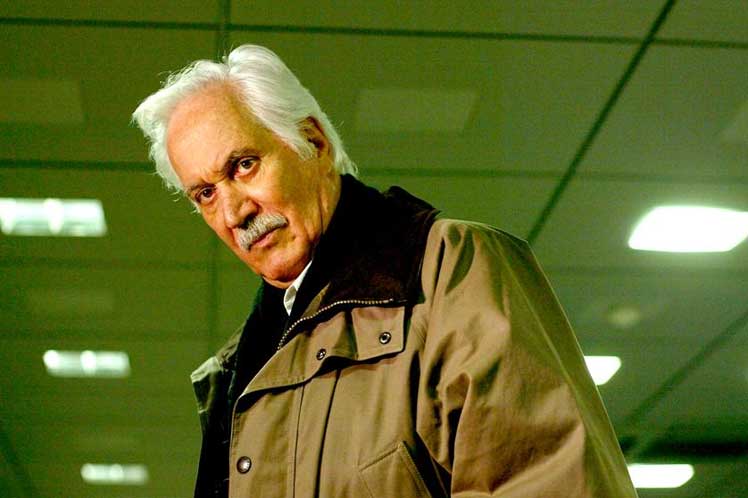 Buenos Aires, Oct 20 (Prensa Latina) He was 81 years old but for those who knew him up close, he had a young, cheerful heart and an enviable capacity for work, today the Argentineans say goodbye to one of their greatest actors, the great Federico Luppi .

Although he had been hospitalized several days ago due to a health problem that had been dragging on since his head was hit last April, the news has had an impact on the cultural media of the country and especially those Argentines who lived and dreamed of their actions.

Luppi, Time of Revenge, Labyrinth of the Faun, Common Places, Martin Hache, Cronos and many other films, died this morning at the Favaloro Foundation, where he remained hospitalized waiting for a transfer to another clinic to start a rehabilitation process.

The blow to his head produced a cerebral clot while he worked. In just six months his life went out but not the indelible mark left in Latin American and international cinema in more than 70 films, many of them multi-award winning. ‘Never’, he said sharply when one or another journalist asked him if he planned to retire one day and he kept his word, because despite his health complications, he was about to start a theatrical tour with the piece Las ultunas lunas, a play about old age, directed by his wife Susana Hornos.

On Twitter, messages weep over Luppi. He died a big figure, perhaps the most repeated word to say farewell to this actor, considered one of the most versatile interpreters of his generation.

Some pay homage with photographs and eternal thanks, others publish some of the most memorable scenes of their performances to recall it.

‘I am happy to be alive at this age, to have done so many things in Argentina and still be able to recount them. And I would like, yes, in slightly fantastical terms, to descend slowly through the dark side of the moon, but with dignity,” said this cinematic icon, who left for eternity today.

4 years ago TranslationsFederico Luppi, movies, people51
The Contradictions of the U.S. LeftMemorial to Cuban Martyrs in Grenada