Home Alyson Kennedy: A Voice for the Excluded

Alyson Kennedy: A Voice for the Excluded

Alyson Kennedy: A Voice for the Excluded

Almost everyone believes that only two parties, the Democratic and the Republican, participate in the U.S. presidential election, but others persist in carrying a different class view even though the system invisiblizes them. 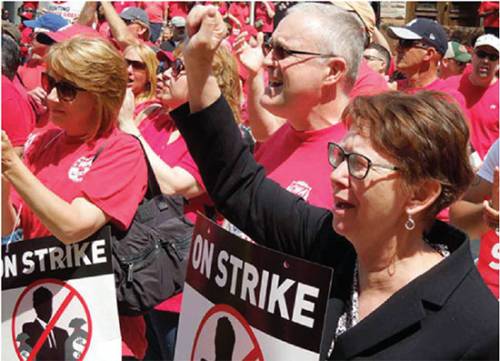 The electoral campaign in the United States is reaching its climax in the selection of candidates by the two big parties. It’s a system that hides behind the spectacle their supposedly being defenders of the same interest, that of big capital, of the world of finance, of the arms industry, of the polluting sectors of the earth’s climate, of the exploiters of the workers of the courtyard and of the wealth and goods produced by professionals, workers and peasants in a good part of the world, where the transnationals of the empire plunder and intervene.

However, made invisible by the media that are part of the show, there are small parties, not infrequently persecuted, ignored, and excluded, that take the real interests of the working people to the streets and to the ballot boxes where it is possible to reach these workers.

A woman, small in her physique, with an easy smile, and simple words, convincing and firm, is the bearer of that other face, which is not exactly of the same coin. On the contrary, she reveals and denounces what actually happens in the United States this 2016.

Alyson Kennedy is a presidential candidate for the Socialist Worker Party (SWP), on whose ticked she is accompanied by Osborne Hart, a decision announced last February 12. 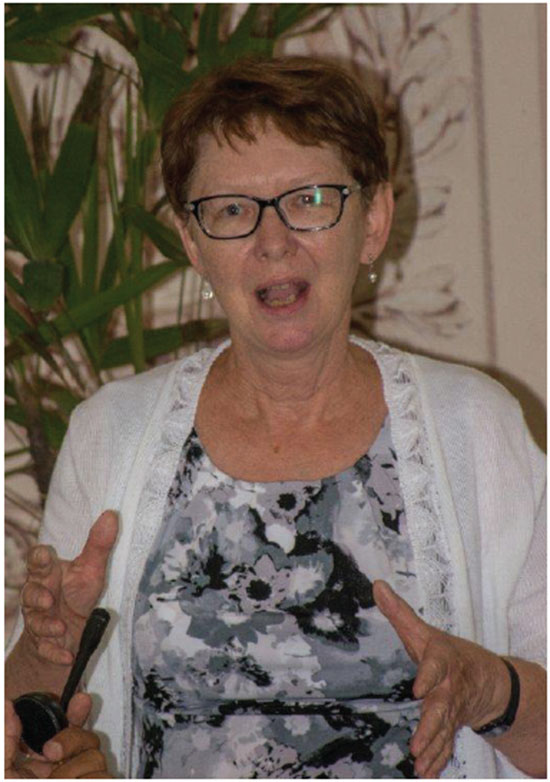 She doesn’t do it from the outside, nor from the theory of class struggle. Today, Alyson Kennedy is a Chicago worker in the textile garment industry at Walmart, the world’s largest chain of retail stores, denounced in many countries for the exploitative conditions to which it subjects its workers and employees.

“That’s why I, as a candidate for the Socialist Workers Party, and my running mate, Osborne Hart, and the other candidates for the Senate and other positions have been getting a good reception among the workers, because we are open to discussing a revolutionary perspective,” she says.

“The workers know that they are being exploited, they know what is happening in the country and in the world,” says Alyson Kennedy, who points out that one of the aspects on which they give their views in this electoral campaign is to oppose U.S. participation in the Middle East. “And many workers are also open to hearing about the Cuban Revolution,” he adds.

She mentioned Cuba, what motivated her presence in our country, coinciding with the May Day celebrations?

I came to Cuba as part of a delegation of women workers who are fighting against police brutality, of which I have also been a victim, in the city where I live, Chicago.

“In spite of the short time I have been here I have been able to see the country concretely, and that will help me a lot to be able to explain to the workers there why Cuba is an example for us. If Cuba was able to create a Revolution and create a society that addresses the needs of the workers, we can do it in the United States as well,” emphasizes the socialist leader.

The reasons for seeing this possibility clearly and surely explains it: “We have a history of struggle also in the United States. The workers of the United States must become aware of what they have achieved through the struggle. We must realize the power we have and our own worth.

She closes her words to the readers of Juventud Rebelde with this committment:

“I want you to know, that we are back to redouble our efforts in the fight against the blockade, for the return of the occupied territory in Guantánamo, which is Cuban, and having been here helps us to realize why it is necessary to continue in the battle for our rights.
=================
Printed version in Spanish:
http://www.juventudrebelde.cu/internacionales/2016-05-07/alyson-kennedy-una-voz-por-los-excluidos/imprimir

PDF of the original also available