Home A Decade Against Homophobia

A Decade Against Homophobia 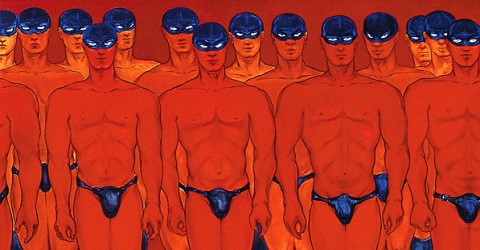 A Decade Against Homophobia, or, It Seems Like Yesterday

by Francisco Rodriguez Cruz, from his blog
A CubaNews translation by Walter Lippmann.

Time passes and people are getting old. Not me, of course. From next week we will be back in the center of the maelstrom of another Cuban Day against Homophobia, the tenth. Amazing. 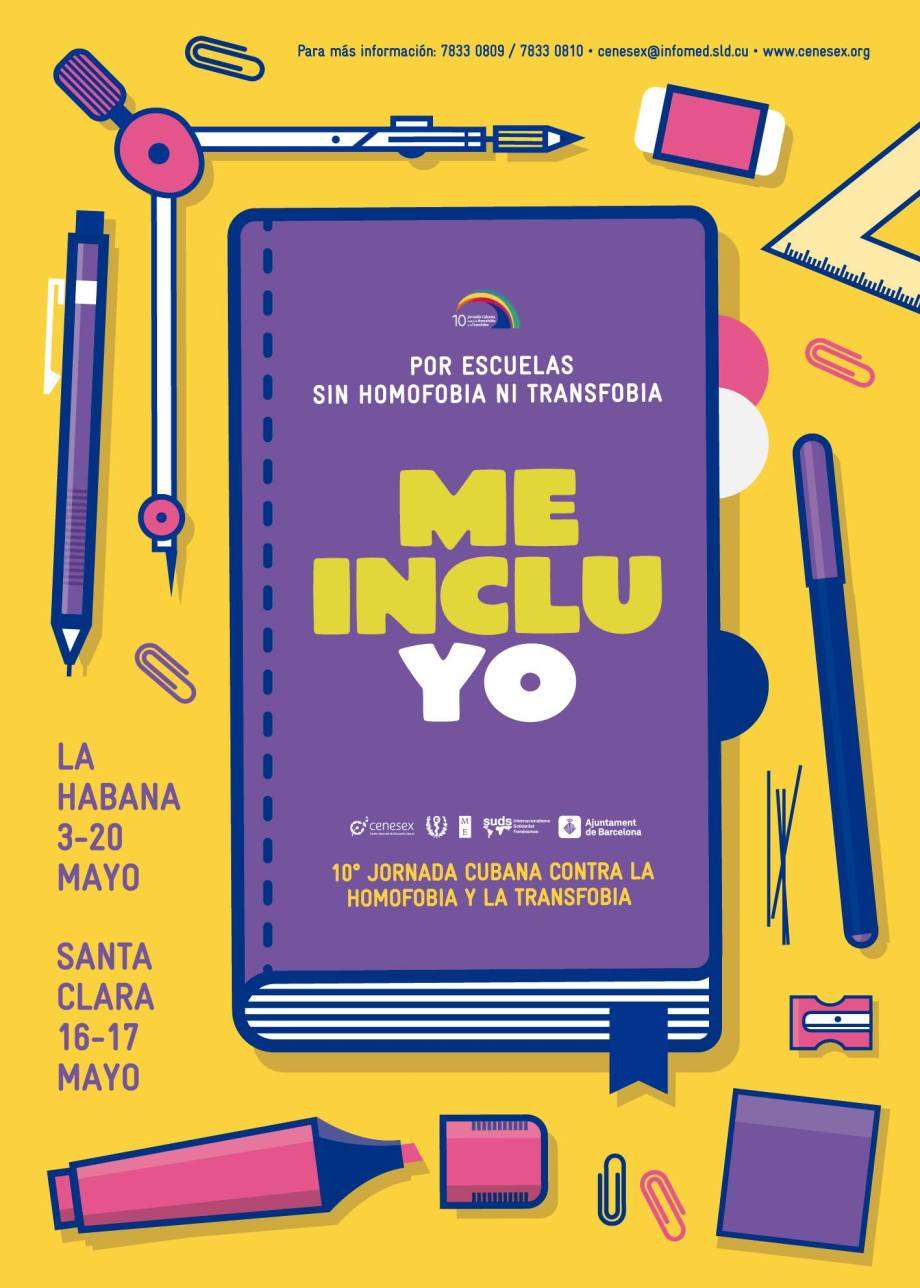 It seems like it was yesterday when I was filled with astonishment and excitement at the Pabellón Cuba in 2008, and I listened for the first time to other gay, lesbian, bisexual, transsexual, transvestite people, speaking in public – and loudly – about what was always hidden before In Cuba: our lives and problems.

I did not dream at the time to have this blog – I was short a little more than a year and a half to its birth – nor could I assume that I would have the opportunity to approach first and be a part of the organizing committee of these celebrations from 2010.

With that experience, so intense that makes it difficult to discriminate between the greater relevance of one fact or another, I propose what will undoubtedly be an incomplete selection of moments or key contributions by each of the previous Cuban Conferences against Homophobia and Transphobia .

I must admit that, at the beginning, I thought of doing so only from my (bad) memory, as well as from a review of the texts I wrote in this blog and the photographs I had kept; But then I realized that was not enough.

Memories are often imprecise. I ran the risk of mixing some events and details from year to year. So I took the trouble to check each event with the reports of the Cuban and foreign press that I kept throughout these ten years.

I should also like to thank Dr. Mariela Castro, director of the National Center for Sex Education, who agreed to review a first version of this chronological summary and made several pertinent suggestions to enrich it.

Although I tried to emphasize the elements of newness or rupture in each annual edition, it is very probable that even in this selection there are issues or nuances that someone might also consider important or central. I invite you to propose and add.

I am sure that we could enrich even more this brief tour for this first decade of the day, based on the experiences that each one keeps.

My humble intention is for everyone to remember and treasure for themselves, their first, most intimate or revealing participation in this endeavor, result of the work, persistence, creativity and daring of so many good people.

We will see each other from 3 to 20 May at the Tenth Cuban Conference against Homophobia and Transphobia.

Here I leave the most recent, almost final version of the program for this year: 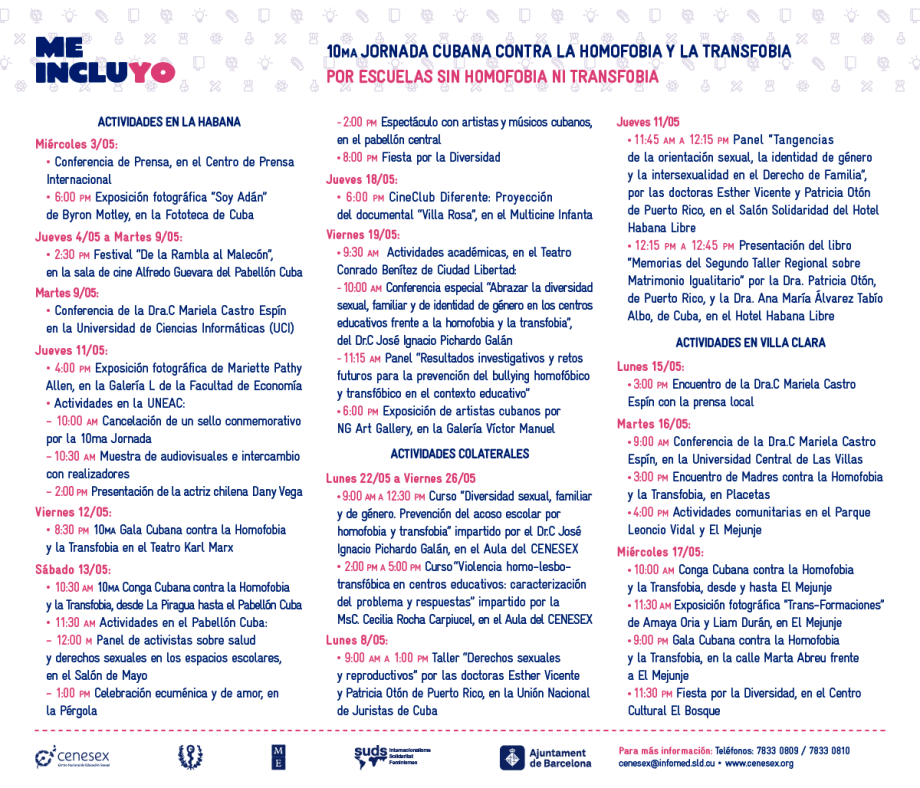