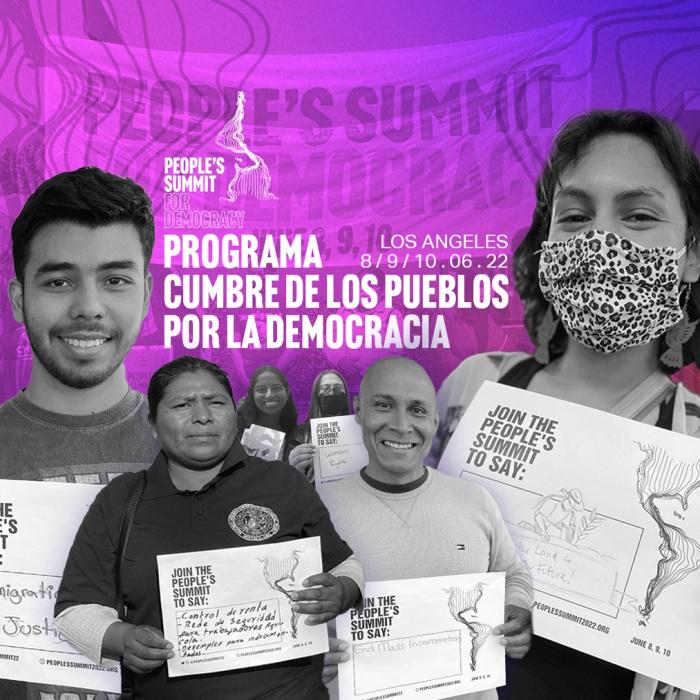 The high-level session of the IX Summit of the Americas begins tomorrow in Los Angeles, California.

From the diversity of ideas, the People’s Summit tries to raise as many voices as possible, without exclusions based on political interests; that is the difference between one Summit and the other. Photo: taken from Dominio Cuba’s Twitter feed.

The high-level session of the IX Summit of the Americas begins tomorrow in Los Angeles, California. The United States is once again hosting the conclave, after the first one in Miami in 1994. But hosting has been a bit too big for them, because for “their Summit” they not only took too long to send out invitations or to tangle organizational issues, but instead of focusing on discussing the real problems affecting the region with all those involved, they decided to put on the veil of “democracy” to exclude and, as a consequence, several leaders informed their disagreement with the decision, or announced that they would simply not participate.

On the other side will be the Summit of the Peoples and for Democracy, which will begin on the same day. But this one has not counted on the consent and good will of the US government, nor will it be held in large halls like the Summit of the Americas. On the contrary, last Friday, a group of ultra-right-wingers broke into one of the premises where the event is being coordinated, with the aim of occupying the space through the use of violence.

“For an hour we were defending our space, in the middle of that the police arrived, and instead of preventing what they were doing, they only observed and did not intervene in any way. What’s more, they prevented us from removing these extreme right-wing activists,” Manolo de los Santos, co-director of The People’s Forum, one of the U.S. organizations in charge of preparing the People’s Summit, told Granma in an exclusive interview.

He said that the attack was not only against their space, “but also against what it symbolizes, which are the socialist ideas, the work with the communities and the workers’ struggles”.

De los Santos told our newspaper that the organizational team continues with their minds and morale high, that they have received signs of solidarity from different parts of the world. “This type of attack is a phenomenon that the left has to face today,” he denounced.

Regarding the Summit of the Peoples and for Democracy, he explained that there are already more than 225 groups that will attend to interact in the official program, which includes panels and cultural activities.

“We are very motivated because we have already confirmed the presence of more than a thousand people, while many more are expected to participate in the demonstration on June 10, which we have called the March against the Exclusion Summit.” It is important to remember that this mobilization will take place after much negotiation with the Federal Government in Los Angeles, which, at first, denied permission.

He pointed out that, under the political umbrella of the Summit, other actions will take place in the city, related to the defense of the Amazon, in favor of Cuba and Venezuela, the right to housing and for [the rights of] immigrants.

“The important thing for us in this process of organizing the People’s Summit is to break with these policies of exclusion, to achieve greater social cohesion of popular movements, trade unions and the peoples who are in struggle in our continent,” said Manolo de los Santos.

This is an event that, despite the diversity of ideas, tries to raise as many voices as possible, without exclusions based on political interests; that is the difference between one Summit and the other.