It’s been very difficult recently to keep up with the normal practice of the past many years because of a range of health problems. These were further increased for reasons I’d like to try to explain here. To all those who wrote to express friendly concern and solidarity, I’m deeply grateful. I’m sorry that it’s not been possible to thank each of you individually.

On Friday morning, August 28, 2015, I walked from home to Kaiser hospital here in Los Angeles. It took about 40 minutes and I was in great spirits.

Awhile earlier I’d been diagnosed with BCC, which doesn’t mean “blind carbon copy”, but Basal Cell Carcinoma, a form of skin cancer which had been discovered by my optometrist and which sat on my right eyelid and never seemed to go away. It was a small and somewhat unsightly growth. Its cancerous nature was confirmed a couple of weeks earlier following a biopsy which required me being under anesthesia

At about 9 they called me into an operating room where the dermatologist performed what’s called a Mohs procedure (Google it if you like) to take off a small cancerous growth on my right eyelid. They explained that I’d have to wait a half-hour before they could be sure if they had gotten it all. After the second try came the third, and, heavily bandaged-up, from there I walked to another part of the hospital for reconstructive work.

So much skin had been removed by the dermatologist that they had to take a piece of skin from my left eyelid to graft it on to where the cancer had been on the right. I as put under a partial anesthesia and had no consciousness during the procedure. It didn’t take long, but I spent the whole day in the hospital.

A friend and former co-worker came to get me. The hospital wanted to put me in a wheelchair, but I walked out without difficulty. My friend drove me me home and, wiped out, I soon went to bed.

If you’d like to see them, I’ve posted two photos here. One right after the operation and another four days later after the bandages were removed. You can see I’m happier once I can see with both eyes.

My right eye was fully bandaged up for four days, and my vision is a bit blurry on the left eye due to all the surgery done there to take skin from the left to fill in what was taken off of the right eyelid. After the operations I went home and just put myself to bed, pretty much wiped out.

Since I’m not a TV viewer, I’m grateful for recorded books. I can get lost in them and time flies by, or sometimes they help lull me to sleep, while at the same time listening with consciousness, or, perhaps, absorbing some of the information while sleeping. I’m pretty sure that’s what does happen. Like good music, some of these books one can listen to more than once.

Right now I’ve been enjoying THE IMPERIAL CRUISE; A Secret History of Empire and War by James Bradley (2009).

It traces the social and educational history of Theodore Roosevelt, steeped in 19th century racism, through World War II. His latest book continues tracing how and why Washington allied itself with Chiang Kai-Shek’s corrupt Kuomintang regime up until, and long after its defeat by the Chinese revolutionary forces led by Mao Zedong. It’s THE CHINA MIRAGE (2015) and is also out in recorded, printed and electronic versions.

The bandages were removed from my right eye on Tuesday, and I walked both there and back. The dermatologist, as well as the physical therapist I saw before the bandages were removed, both urged me strongly to keep active and keep walking, but not to do anything seriously strenuous until the weekend. This means that I can begin to do some weight-lifting and some inverted yoga in another day or two. I rarely do headstand in the middle of the room, but like to invert by hanging upside down from a swing for that purpose. It’s very stimulating, but when one comes out of it you have to stop and lean your head against the wall to avoid dizziness.

Now that they’ve been released, the Five are traveling all over the world, meeting and thanking people everywhere who fought for their release through the long years. When Gerardo was in Victorville and I got notes from him from time to time, I had the impression that the two most frequently-used words in his vocabulary were “Thank You”.

One last thing. Yesterday Gerardo, Adriana, Gema and others from Cuba arrived in Portugal where they were met by Johana Tablada, the Cuban ambassador there. She put a news release (in Spanish) about it, and I did a quick translation to English which I posted to CubaNews, Facebook and other places. Not long afterwards I got a nice thank you note from Johana Tablada via Facebook’s chat function. Here’s the news release:

That’s all for the moment. If you want to see the results of the surgery, with the bandages on and then off, I’ve posted them to Facebook and to my own website.

Once again, I’d like to thank everyone who wrote or called to express their solidarity and concern about my health. The doctors tell me it’ll be another couple of months before the unsightly results of the surgery aren’t visible. 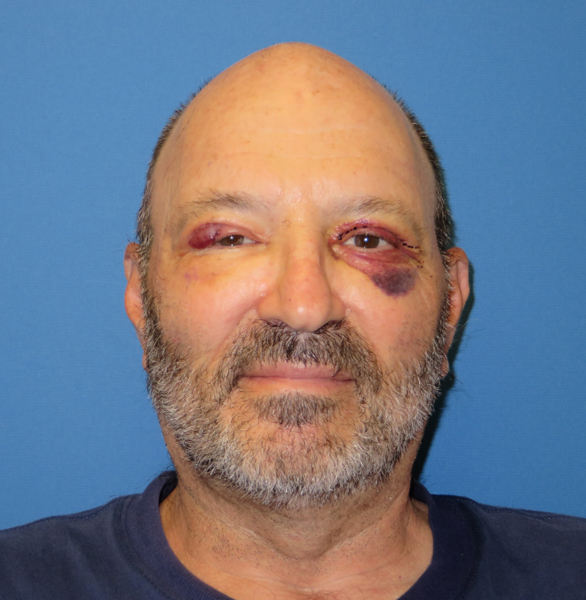 6 years ago Walter, photos of284
My GalleryTwo Months in Cuba