Voter Suppression in the United States

Voter suppression in the United States and whom does it affect?

By Dalia González Delgado, professor at the Center for Hemispheric Studes and about the United States (CEHSEU) at the University of Havana. 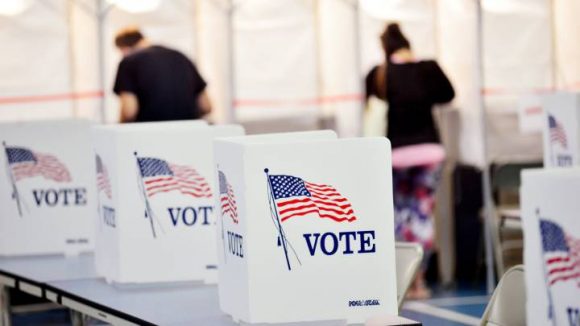 “One person, one vote” has been an aspiration and a rallying cry for many Americans. The claim makes sense, if we think of the tangled Electoral College system that dilutes the will of the majority, and as a consequence of which, for example, in 2016 Donald Trump won the presidency despite having obtained fewer popular votes than Hillary Clinton.

It happens that not all votes have the same weight in the final result. And that in the case of those who manage to get to the polls. The problem is more serious for those who are disenfranchised, a phenomenon known as voter suppression that is as old in the United States as the very existence of the country.

Martin Luther King’s birthday commemorations this week were marked by calls against voter suppression. The family of the civil rights fighter, assassinated in 1968, led the annual march in Washington DC on Monday that pays tribute to his legacy. On this occasion, the participants demanded that Congress approve legislation that would protect the right to vote against the maneuvers of certain sectors that seek to limit electoral participation.

Democrats on Capitol Hill, backed by a Joe Biden eager to make good on any of his campaign promises, are pushing two pieces of legislation: the “Free to Vote Act” and the “John Lewis Voting Rights Advancement Act,” which seek to eliminate some of the current restrictions. They would expand early and mail-in voting, make Election Day a national holiday, and curb gerrymandering, which manipulates electoral districts.

But in a context of growing polarization and partisanship within Congress, those bills have met with rejection from Republicans. On Wednesday night those proposals were blocked in the Senate. And it is not a question here of good or bad, but of cost or benefit for both parties. Voter suppression mechanisms affect more some minorities, blacks, Latinos, women, poor people, who usually support Democratic candidates in the majority.

This phenomenon has a long history, which we can trace, as I said, to the very emergence of the United States as an independent country . We the people , the phrase with which the Constitution begins, never included all people.

Initially, only white men with property could vote, in an electoral system designed to perpetuate certain sectors in power, at that time the southern elites. The property requirement was gradually phased out, but it was many years before blacks and women could cast a vote. Not to mention the Indians, stripped of their land, who were only considered US citizens in 1924.

The first stumbling block is that the United States does not have a federal electoral law. Therefore, the way in which the entire process is carried out depends on the regulations in each of the states . As historian Eric Foner makes clear, the Constitution does not explicitly grant anyone the right to vote; States determine eligibility, and their rules and procedures vary greatly. Over time, some constitutional amendments have tried to prevent states from limiting the franchise.

After the Civil War, the 15th Amendment, ratified in 1870, prohibited states from denying the right to vote on racial grounds. Years later, in 1920, the 19th Amendment made it possible for women to vote. But in a scenario where elections and their regulations are local, multiple ways have been developed to limit participation.

The 15th Amendment was flouted with the so-called Jim Crow laws, which institutionalized racial segregation and white supremacy with the term “separate but equal.” Many states, especially southern ones, began to demand from literacy tests to the payment of a tax so that people could vote; a veiled way to prevent African-Americans or the poor from exercising their constitutional right. There were also less subtle mechanisms, such as members of the Ku Klux Klan and other hate groups that prevented, with intimidation or armed violence, potential African-American voters from reaching the polls.

After a long struggle and almost a hundred years of history, the Voting Rights Act was passed in 1965. Since then, the mechanisms of vote suppression have been transformed but persist, with the same objective they have had since their emergence: to keep certain groups in power by preventing the participation of others.

A Supreme Court ruling in 2013 struck down a key part of the landmark Law of ’65, freeing southern states from federal oversight of their election laws. Such oversight had been put in place to prevent states that had previously had Jim Crow laws from using other mechanisms to suppress the black vote. But the Court decided that regulation was unnecessary.

To give you an idea of ​​what that means in practice, the American Civil Liberties Union (ACLU) shared a list of some of the methods currently used to prevent certain people from voting.

One of the most common ways is to restrict the terms and requirements of voter registration; require documents to prove citizenship or identification, or limit the time period in which voters can register. For example, according to the ACLU, in 2011 Kansas championed a law requiring residents to show “proof of citizenship” documents in order to register to vote, such as a passport or birth certificate. As a result, the law blocked the records of more than 30,000 people.

Other states go further, imposing absurd requirements and harsh penalties to intimidate voters. In Georgia, it is a crime to offer food and water to voters lining up at the polls, lines that are typically long in that state for African-American communities where there are fewer polling places.

In some states, people convicted of a crime cannot vote, which also affects more blacks or Latinos, who make up the majority of the prison population in that country. The elections are on a weekday and have reduced the possibilities for early voting and by mail. We must also mention the effect of the redistricting of electoral districts and gerrymandering, to which we have already dedicated a comment in this space.

According to ACLU data, some groups are more affected. For example, counties with larger minority populations have fewer polling places and poll workers per voter; 25% of black Americans of voting age do not have a photo ID as some places require; 18% of voters with physical disabilities reported difficulty voting in person in 2020.

These are just a few examples to briefly illustrate an extremely complex phenomenon in the United States, a country that questions foreign electoral systems and even sanctions them, while preventing millions of its citizens from exercising their right to vote.