Home The Problem is Capitalism

The Problem is Capitalism

The problem is Capitalism

Whoever believes that all other systems are worse, look at the blocked and vilified Island, where no one dies of hunger, everyone is guaranteed medical safety and the human being is the center of the system. The problem is capitalism. 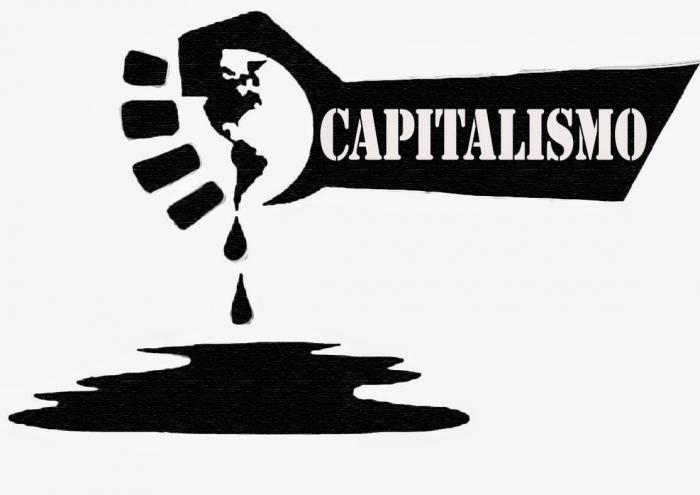 Churchill said that capitalism (he disguised it with the word democracy) was the worst form of government, except for all the others. Something that Eisenhower liked to repeat, who, as a military man, was not exactly known for his profound ideas. The sharp phrase might be clever if it were true, but it is not.

Today, the worst system is capitalism, above all others, of humanity and even of the planet.

This pandemic, unfortunately, only made the reality of it more visible to everyone. Capitalism is incapable of surpassing itself in terms of humanity, it only does so in terms of capital.

While people are dying in the streets, in the US, governors are cheating each other to ensure that the manufacturers of medical instruments sell them their products to the detriment of others. According to New York Governor Andrew Cuomo, ventilation equipment companies are calling government offices to say that their order has been overtaken by another state’s, which has just upgraded its purchase offer. Thus, based on the death of human beings, the companies are seeking to magnify their profits in the midst of tragedy.

The price of ventilation equipment has gone from $25,000 to $40,000, when it is needed most. The state, hospital or institution that does not have enough resources to buy them, simply will not have them, regardless of the cost in lives.

The nice motto that he says is that where some see problems, others see opportunities, is no longer so nice. Governor Cuomo is threatening to sign an order allowing the confiscation of unused medical equipment stored in private spaces for speculative purposes.

That is, people and businesses that keep unused ventilation equipment waiting for the advance of the pandemic to make it more expensive and then sell it to hospitals.

The federal state has been unable to impose a national policy for the distribution of medical equipment and supplies. If they ever do, because of their slowness, the dead will no longer be able to thank them. It is a matter of every person for themselves, typical of capitalism and today seen in all its criminal magnitude.

Practices of pillage that are nothing new, but that in everyday life are hidden behind the mantra that “that is the norm”. But that is not all. European governments confiscate shipments of medical equipment in transit to other European nations. France has confiscated 130,000 nasobucos in transit to the United Kingdom. Germany claims that the US Government has confiscated 200,000 masks that it had already bought from a manufacturer in China, owned by a US company. The shipment was intercepted in Bangkok at an event that German Interior Minister Andreas Geisel called modern piracy’.

Canadian Prime Minister Justin Trudeau complained that a shipment of masks had been reduced because part of it had been repurchased by the U.S. In Turkey, the nasobuco business has become so profitable that the government has confiscated nearly one million clandestine sales in a business that is already estimated to be worth over several million in profits.

The United States, not even for a moral imperative, would help the global fight against the pandemic. Reality shows its inability to do so effectively even in its own home, where Make America Great Again we already know what it [really] means, at the expense of the rest of humanity.

If anything, for the elites, America is 1% at the top of the social pyramid. Capitalism cannot fail to be savage; what happens is that, now, savagery without make-up touches the showcases, where their miseries were hidden behind the prosperity they maintain at the expense of the poorest people.

Frantz Fanon said that fascism was the name given to colonialism when it was brought to the metropolises. Outside of the first world centrality, the horror is lived in Ecuador or another location, which in that scavenging use of language, are usually called peripheral or emerging. Today, in front of the evidence of the medieval nightmare, they do not even mention it.

But it is worth remembering, now that everyone in the metropolises is scared, that the Third World does not escape pandemics. In Africa alone, 30 million people are in life-threatening conditions of hunger, and certainly with consequences for their physical and mental development.

Of the 5.9 million children who die every year in the world, at least half are the direct result of hunger. Oxfam, the author of the above-mentioned data, explains this reality very well: “Hunger is not the result of too many people and too little food. It has to do with power, and its roots lie in the prevailing inequality in access to resources and opportunities”.

Whoever believes that all other systems are worse, look at the blocked and vilified Island, where no one dies of hunger, everyone is guaranteed medical security and the human being is the center of the system.

The problem is capitalism.

2 years ago GranmaCovid-190
Isolation, Quarantine and Social DistancingImmunization, But Not Just Against the Virus