Home The Fertile Seed of the Cuban Woman

The Fertile Seed of the Cuban Woman

The Fertile Seed of the Cuban Woman

The women of Santiago and Granma are now united in the beautiful story woven by the Federation of Cuban Women (FMC), in the 60 years they celebrated this August 23. 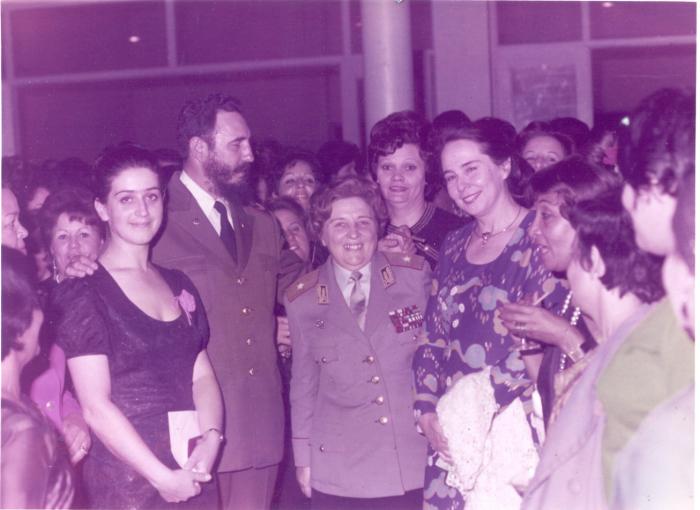 The women of Santiago and Granma are now united in the beautiful story woven by the Federation of Cuban Women (FMC), in the 60 years they celebrated this August 23

United by the Sierra Maestra mountain range and the waters of the Cauto River, in the struggles marked by Mariana Grajales, Canducha “la Abanderada”, and more recently by Celia Sánchez and Vilma Espín, the women of Santiago and Granma are now united in this beautiful story woven by the Federation of Cuban Women (FMC), in the 60 years they observed this August 23.

It was to Vilma Espín Guillois, a brave and sensitive woman from Santiago, that Commander-in-Chief Fidel Castro Ruz entrusted the creation and strengthening of the organization destined to work for full gender equality in the new society. This is why the FMC women of her territory made a firm commitment this time to dedicate the Vanguard flag and the national act for the date.

“For all the FMC women of the country it has been a year of intense work -considers Elena Castillo Rodríguez, secretary-general of the FMC in Santiago de Cuba-, first because we started it under the incentive of such an important anniversary, and then because the appearance of the pandemic changed the life of all Cubans and, of course, it imposed the reorientation of our work.

“Based on the Party’s motto in the territory: “With the effort of all, we will win!”, we did the same intensity of work from the Guantanamo border of Yerba de Guinea to the Granmense of Baire, and that allowed us to declare all the municipalities (9) as Vanguards, and to seal that result at the level of the country.

Based on the solid tradition that has kept it in the vanguard in recent years, Granma was very close, achieving vanguard status in ten of its 13 municipalities. It wa, a challenge that, according to the Secretary General, María Elena Hechavarría Carralero, was focused on strengthening its grassroots structures and community action.

“We are one of the links that the enemy imagines with weaknesses to try to distort the reality of the Island, but, considered by Fidel as well as by Raúl and Díaz-Canel, as bastions in each project undertaken, we have taken all the spaces to demonstrate that women are an essential force in the sovereignty of the Nation”.

THE VITAL HEARTBEAT OF SOCIETY 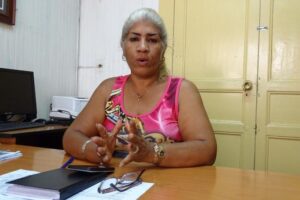 For most of the 412,500 FMCers in Santiago and the 325,000 in Granma, one of the most important, humane and beautiful activities of recent times has been the challenge taken on from the COVID-19 pandemic, because not only was it to make thousands of nasobucos, but they also provided the fabric and thread, and then went to donate them in the neighborhoods, squares and workplaces.

In both territories, they also went voluntarily to the health control points, to the sanitation and hygienization of public areas, to the house-to-house investigation and, without thinking twice, not a few young people took the step to contribute in what was necessary in the red zone of hospitals and centers of isolation of suspects.

Perhaps there is something more emotional,” says Castillo Rodriguez, “than seeing a girl with a pharmacy card or a warehouse notebook buying medicine and food products for a vulnerable person, or for the members of the Federation who took care of the old man who lives alone and brought him the same food prepared for the family.

Our women have grown up during the confrontation with COVID-19,” says Hechavarría Carralero, “because they did not wait to be called, they began to spontaneously deploy initiatives and we generalized and brought them together so that their impact would be greater, and all this has had the moral recognition that contributes to new efforts.

Within this complex situation, both leaders agreed that the scourge of gender violence that has wounded the world so much, has not been an embarrassing problem for their respective territories, since the Women’s and Family Orientation Centers work preventively, and a differentiated work has been done in dysfunctional nuclei.

Through specialists, talks have taken place aimed at promoting family unity and curbing the tendency to burden women with domestic tasks. At the same time, through dozens of training programs, the FMC has held training courses in socially useful activities for women and men who are not working.

In this way, including in recent days, some of the so-called “choleras” received job offers in the state sector or on their own account, ranging from pharmacy and commerce clerks, technical services, gastronomy, barbers and other trades that reintegrate them with dignity.

IN FRONT OF THE FURROW

According to Castillo Rodríguez, “Hot spots” in her province are the fronts for food production that women share today. This is not because of the complexity of the work, but because of its importance. In addition to facing the pandemic, they moved to gardens and patios to plant short-cycle crops and medicinal plants, which are already bearing fruit.

A lot has been said about the initiative of the food production areas in Santiago,” he explains, “and those structures are already in all the municipalities, where, if in the agricultural ones there is parity between men and women, in the industrial ones the majority of the women are making bread, cookies, candies, preserves and dozens of assorted products.

Currently, the strategy concluded in the Second Front and that goes through the Third Front, is sealing each municipality with the patios incorporated into urban agriculture, and the creation of agreements for pigs, sheep and poultry, attended purely by women or jointly with the family, which provides them with meat, food, grains and vegetables.

The women of Granma also contribute to these forms of agri-food production, their presence in the mobilizations called for, and the empowerment achieved in the labor area, where they make up 67% of the technical force, and assume key management positions, from the base up to all levels. 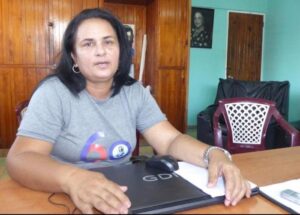 Although the Commander-in-Chief considered the full incorporation of women as a Revolution within the Revolution, among the greatest teachings bequeathed by Vilma Espín is the defense of rights and the work she has conquered. This is why Santiagueras and Granmenses are now equally focused on confronting social indiscipline.

Her actions in the face of coleros, resellers and hoarders range from preventive work with people characterized by that anti-social behavior in the community, which has made it possible to detect soluble dysfunctional problems and the incorporation of 12 cases to work in Santiago de Cuba, to the support to order in the lines [in from of] commercial establishments.

Elena Castillo and María Elena Hechavaría emphasize the enthusiasm with which the FMCers have received the respective recognitions as vanguard and outstanding women. There is in a 60th anniversary celebrated in all the municipalities, in centers such as hospitals and of textile clothing, with high presence of women, and of course in the base.

In a special way, the Vilma Espín Memorial, located in the house where she lived and matured as a revolutionary, by turning it into a meeting point and even a staff for young clandestine fighters, once again hosted the Vilma en la memoria workshop, with the presentation of 28 research papers from the provinces of Granma and Santiago de Cuba, on the extraordinary woman.

Coinciding with the date and in view of the impossibility, due to the COVID-19, of the desired mass mobilization, a representation of the municipality of Segundo Frente paid homage to the eternal President of the FMC, Vilma Espín Guillois, in the name of Cuban woman, and before the rock monument that in the mausoleum to the heroes and martyrs of the II Eastern Front receives its ashes.

1 year ago Granmaeconomic crime, FMC, Women0
More Incentives Than BansNasobuco: The One Who Came to Stay