Home The Economic Model isn’t Everything

The Economic Model isn’t Everything 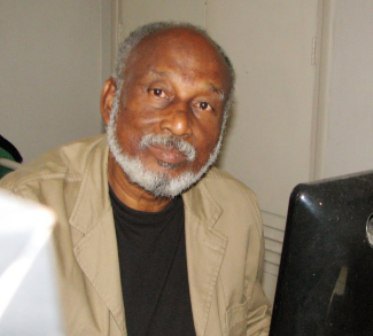 The Economic Model isn’t Everything

As has been said, we are working on a theoretical foundation of the Economic Model. Let´s not forget that the economy is essential, but it cannot be sustained without a Political Model.

Moreover, dialectically speaking, the economy is fundamental, but it is not always so in every particular moment of social dynamics. Quite frequently, politics prevails over the economy.

A call should be made to work on a theoretical foundation for our political model: the one that, whether we like it or not, will come about from the impact of the changes that will come as a result of the new economic model.

In a way, the recent speech by Vice President Diaz-Canel lays down that route when he calls upon universities, research centers, and the intelligentsia to conceptualize the processes that are taking place in the nation. They must emerge from ideological discussion, controversies and a critical, committed, and revolutionary analysis.

The discussion would have to cover several issues to produce a foundation for our socioeconomic model. It has to be seen within the dynamics of the changes that the process of conceptual and practical adjustments of the new economic model demands.

In our view, this process would have to address the following fundamental aspects:

-Firstly, it is not possible to fulfill the tasks that we have set in the economic, political and social fields if we do not obtain the most complete and dynamic participation of workers and all Cubans in that process. Participation is the key to success in everything we do to push forward the changes.

-For this reason, it is fundamental that all the organizations, led by the Party, finally break away from the schemas that limit the participation of each citizen –and in particular of each party member– in the discussion of problems.

-The structuring of Cuban civil society must be thoroughly examined. The structure must represent the new interests that emerge beyond those represented by the existing political and mass organizations. These should act as transmission mechanisms of the party´s politics, taking into consideration that citizens have private interests that go beyond those already represented in these organizations.

-Cuban media must leave behind secrecy, schematic thought, elitism, and exclusiveness in information management. It should give the revolutionary intelligentsia the widest participation in the critical analysis of difficulties so that it becomes a real platform for discussing the problems that affect us.

-The masses must feel that within the Party, state, government and other levels of the political structure there is an open space for criticism, for questioning policies, pointing out mistakes, and critical harassment of the bureaucracy that hinders processes. These actions should receive support and obtain appropriate answers.

-Party militants must be alert because there are “moles”: individuals posing as revolutionaries who slow down the processes, carry out some activities to introduce mistrust, discomfort, and discouragement and serve as subversion’s fifth column.

I think that a fundamental task before us is to pick out those who –by ignorance or intention– hinder the process the country is carrying forward. This is the new “counter-revolution” which, like corruption, can be found in the higher echelons of the country´s leadership, in the political and mass organizations, and in social institutions.

Undoubtedly, there is resistance to change on the part of certain elements in society. Especially in the media, which despite the many criticisms it has received, continues without making the expected contribution.

But is this something for which journalists are responsible? I do not think so. It seems that the responsibility is at the highest level of the Party that refuses to change the pattern with which it has led the media.

In my view, this is a clear indication that resistance to change can also come from the high echelons of the country’s leadership.

The same can be said regarding several issues in our social reality.

-Particularly on the racial theme –one of great sensitivity– the above-mentioned incongruities become evident. The schools, the media, and science have just begun to move forward to tackle the issue. This, in spite of the fact that we face the reality that subversion tries to turn it into a weapon against the revolution and the country.

There is no institutional racism as such, but state institutions responsible for working to solve the problem –and its different manifestations– are far behind in the tasks that must be carried out.

Progress has already been made in the fields of education and scientific work, but neither the printed media nor TV have embraced their role.

Fidel Castro and President Raul Castro have repeatedly referred to the problem as a shameful evil that Cuban society still drags on, but little progress has been made in banishing the problem from our social relations.

Both the racial issue and the media are two clear examples of the resistance that exists, hindering the advancement of projects directly related to the changes the country must make. These are also two objectives in the subversive plans against Cuba.

Nevertheless, I think that the most complex phenomenon we are facing today is the combination of resistance to assimilating and acting consequently, as the follow-up to the criticisms made by the highest political leadership; the magnitude of the problems; and the age limit of that political leadership.

Today Cuba finds itself at the crossroads of substantial change. No one knows if it will be led to term by the historic leadership of the Revolution. It is true that this leadership is in turn responsible for the mistakes made. At the same time, it is the one with the capacity and the experience to lead the country along the new paths.