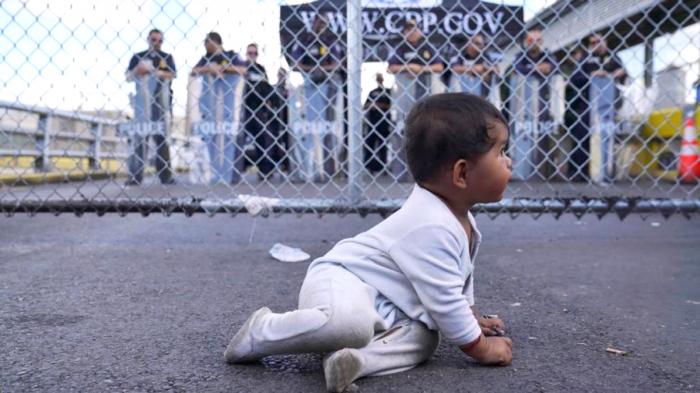 In the time that has elapsed since he assumed the presidency until today, he has often identified himself with Donald Trump’s political actions and, at least, he applies inertia as a strategy so as not to change what was established by his predecessor.

The high metal fences on the border with Mexico are compared to a kind of apartheid. Photo: Reuters.

I can’t imagine Joe Biden summoning his followers to “take over” the Capitol, or insisting on proclaiming electoral fraud in the “cradle of democracy”.

However, in the time elapsed since he assumed the presidency until today, he has not infrequently identified with Donald Trump’s political actions and, at least, he applies inertia as a strategy to avoid changing what was established by his predecessor.

Being a Republican, in the case of Donald Trump, or a Democrat, in the case of Joe Biden, does not at all ensure, within the concept of American “democracy”, that there are differences when it comes to implementing policies.

Not to be surprised, but Biden was “other” when he was only serving as vice president, in Barack Obama’s time. Now, as president, it is valid to ask how much of Trump is Biden.

A few examples may define the answer.

Trump, with his unpresidential style, invented and signed 243 new sanctions against Cuba, which were added to those already contained in more than 60 years of blockade. During his electoral campaign, Biden said -and said again- that he would eliminate such measures, but in almost a year and a half of his termin the White House, he has maintained the legislation and has mocked -as Trump did- the UN resolutions, the appeals of world leaders and the demands of Americans and other personalities of the planet, who demand an end to such criminal actions.

Biden allowed himself to be trapped by the group of extreme right-wing counterrevolutionaries of Cuban origin settled in Florida, who, during the Trump era, took control of the Cuba issue and decide -always against the Cuban people- the line of action of the State Department and the Presidency.

Another coincidence in the way of acting: when Trump decided to surround with high metal fences the border with Mexico, the international community compared the fact to a kind of apartheid. Biden, in his campaign, assured that he would stop such construction and dismantle what was already fenced. What has happened? The wall has not been dismantled, rather areas that are considered less secure are being repaired to stop immigration.

An unusual fact: Donald Trump abruptly destroyed and threw in the trash the documents supporting the Iran Nuclear Deal; an arbitrary and dangerous decision condemned everywhere in the world. Trump was putting humanity itself at risk, his critics said. Biden, more tenuously, also opposed the Republican’s actions.

The Democrat, in his first attempts to reverse such a situation, spoke several times of “returning to the Nuclear Agreement” with the Persian nation. But, once again, the inaction of the current ruler has thrown away his commitments, and he continues to bet on sanctions against Teheran and not on the renewal of the Agreement.

U.S. specialists say that in critical areas, the Biden administration has not made major changes, which shows how difficult it is to chart new courses in foreign policy in Washington. This was evident in the President’s tour of Israel and Saudi Arabia, aimed, in part, at further strengthening ties with those states.

In this regard, Emma Ashford, senior researcher at the Atlantic Council, a group of experts also known as “think tanks”, said that “over time, Biden has not kept many of his campaign promises and has maintained the status quo in the Middle East and Asia”.