Orlando Borrego, on the arduous road

Orlando Borrego, on the arduous road of the Revolution

This Saturday, June 26th, Rebel Army Captain Orlando Borrego Díaz died in Havana, at the age of 85, due to problems associated with the COVID-19. 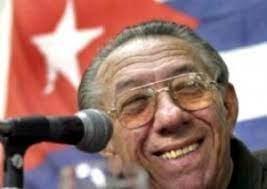 This Saturday, June 26th, Rebel Army Captain Orlando Borrego Díaz died in Havana, at the age of 85, due to problems associated with the COVID-19.

Borrego was born in Holguin, on March 3, 1936. From a very young age he began his revolutionary activities. In October 1958 he joined Column No.8 Ciro Redondo, under the command of Commander Ernesto Guevara, in the Escambray.

After the triumph of the Revolution he occupied various responsibilities as Chief of the Military Economic Board of the La Cabaña Regiment (1959) and of the Industrialization Department of INRA (1959-1960), as First Deputy Minister of the Ministry of Industries (1961-1964) and then as Minister of the Sugar Industry (1964-1968). He also served as advisor to the Executive Committee of the Council of Ministers (1973-1980) and as an economic advisor to the Che Guevara Chair of the University of Havana, as well as to the Minister of Transportation. He was also a close collaborator of Comandante Ernesto Che Guevara.

Orlando Borrego graduated with a degree in Economics from the University of Havana, and in 1980 he obtained the Scientific Degree of Doctor in Economic Sciences at the Institute of Economics and Mathematics of the Academy of Sciences of the USSR.

For his successful service to the Revolution he received numerous decorations and awards. His body was cremated.